RUGBY: Portarlington pull clear at top of Leinster league with away win 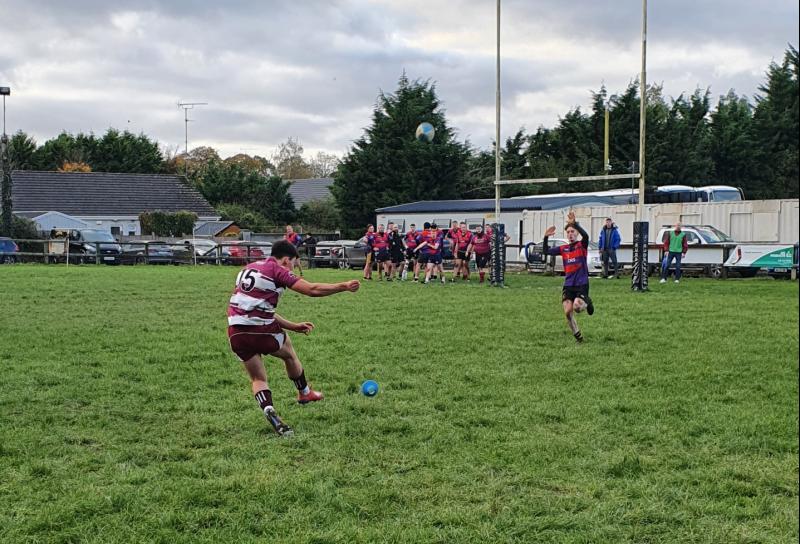 An entertaining game in Athboy saw the division three league leaders come out with a 4 point win against a solid combined side of North meath / Athboy.

It leaves Port nine points clear at the top on 24 points from five games, but with an extra game played.

Port started the stronger and quickly scored to well worked tries through Dylan Strong and Eoin Worrell , Worrell with an excellent finish after superb work by centre Jordan Fitzpatrick.

Strong also continued his try scoring form and is lethal close to the oppositions line. Nick Doggett was flawless from the boot as usual and Port took a half time lead of 3- 14.

The second half North Meath /Athboy had more possession and were rewarded with a score from number 8 Divilly leaving the score 13- 14 with 20 minutes remaining.

Ross Doyle came on and made a massive hit on his ex leinster junior team mate and changed the momentum of the game.

Port led 24 -13 and North Meath Athboy scored with two minutes to go to leave a nervous finish for Port.

Port had strong performances from Aaron Maher, Stephen Oakley, Dylan Strong and the ever reliable James Brennan in the pack, while Mulhall, Worrell and Jordan Fitzpatrick were the stand out backs.