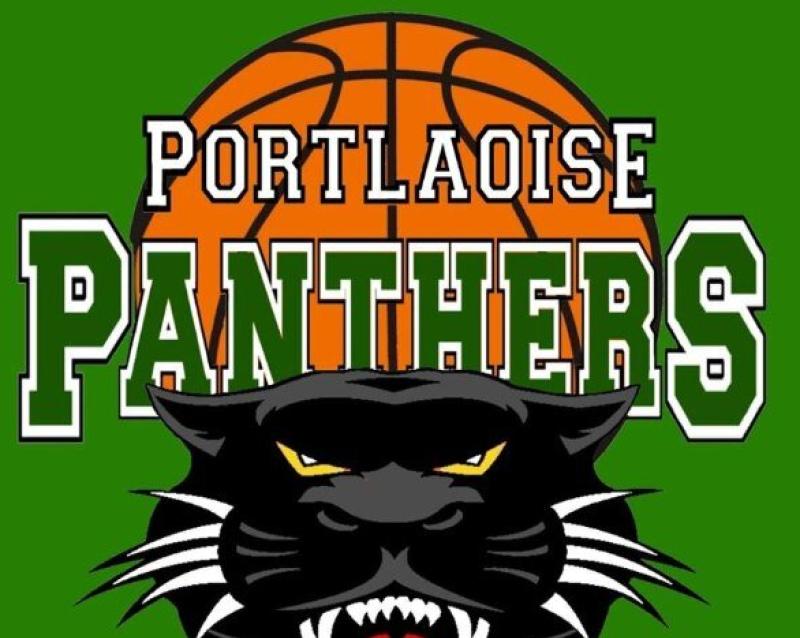 The Portlaoise boy's U/18 basketball team played host to Kestrels at St Mary's hall in the Midlands Area League Competition.
Portlaoise hit the ground running with early baskets from Cathal McEvoy and Dylan Cahill. Kestrels were slow to get with the pace of the game as the Panthers lads ran the floor on several fast breaks to get layups from Eoin Murphy.

The game seem to slow down then with both teams guilty of not finishing opportunities. As the quarter came to a close the home team held a 6 point lead thanks to good work from Jack Byrne and Michael Gilsenan. The second quarter saw the Panthers boys come out strong to get the first couple of scores through Dylan Cathal and Cathal Mc Evoy. Kestrels were struggling to keep in touch on the scoreboard despite playing well.

Portlaoise on the other hand continued to work hard and were rewarded with scores from Patrick Fitzpatrick and  Cormac Hudson. The game was starting to turn in favour of the Panthers boys as they continued to widen the gap with some fine shooting from Jack Byrne and Eamonn Raji after good work from Liam Callan.

In hindsight they quarter was had a major effect on the final outcome as the Kestrels boys were not able to live with the pace that saw the home team build a 20 point lead with some great work from Eoin Murphy and Michael Gilsenan to see them to a comfortable lead at the half time break.

The second half saw the Panthers lads up the tempo again with good movement of the ball resulting in baskets from Jack Byrne and Dylan Cahill. The Panthers lads were now in full flow as they grew in confidence with Michael Gilsenan and Cormac Hudson showing their shooting skills.

Kestrels to their credit never gave up battling and did get a couple of baskets but once they missed a shot they never got any second opportunities as Liam Callan and Eamonn Raji completely dominated to pull down all defensive rebounds. As the quarter came to a close Portlaoise continued running the floor with good passing to finish with baskets from Jack Byrne.

The last quarter saw both teams relax with the final outcome of the game in little doubt, both teams were playing well, exchanging baskets, Patrick  Fitzpatrick and Cathal McEvoy got scores for the Panthers. Baskets also came from Dylan Cahill after good work from Cormac Hudson.

Kestrels to their credit continued to battle hard for every ball but they were no match for the bigger and stronger Panthers lads who finish the game well with the last couple of scores coming from Michael  Gilsenan and Eamonn Raji who was top scorer of the game with an excellent 14 points to help their team go on to a well deserved win.