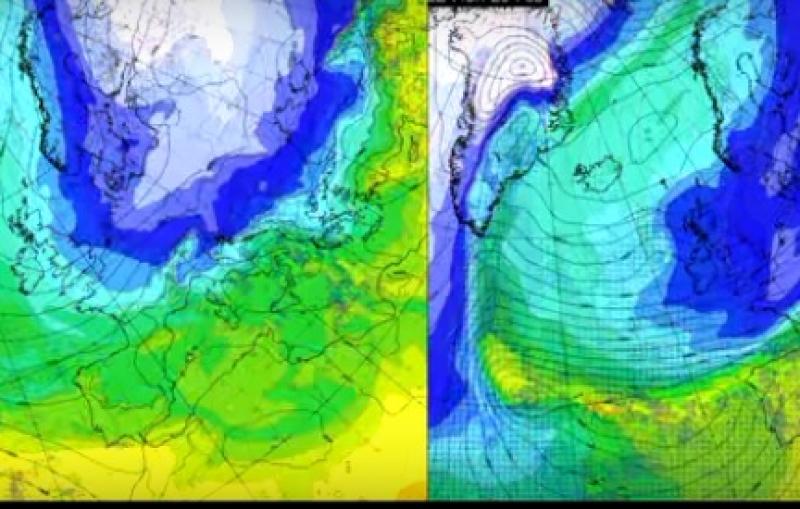 Cold and possibly very cold - UK Met Office has generated two images of what the weather could look like next week.

A blast of weather all the way from Siberia in Russia could be set to hit Ireland over the coming days according to the latest Irish and UK forecast as Spring sunshine is replaced by a sub-zero eastern weather front.

Met Éireann says it will be dry settled but cold for the remainder of the weekend but a return to winter is its forecast. It is possible that the weather front that will keep weather settled until the weekend could end up pushing very cold Siberian weather east.

While the details of further outlook remain uncertain, Met Éireann cautioning at the moment that it looks like it will be a cold regime for early days of next week with easterly winds, and frosty nights with sub zero temperatures.

Snow is also possible with the a risk of some wintry showers in some eastern and southern coastal counties and some may be of snow, but mainly dry elsewhere.

The Met Office in the UK is also monitoring the situation. It says weather could potentially make a 'dramatic few days'. It warns that very cold weather could hit Ireland on Britain on Monday.