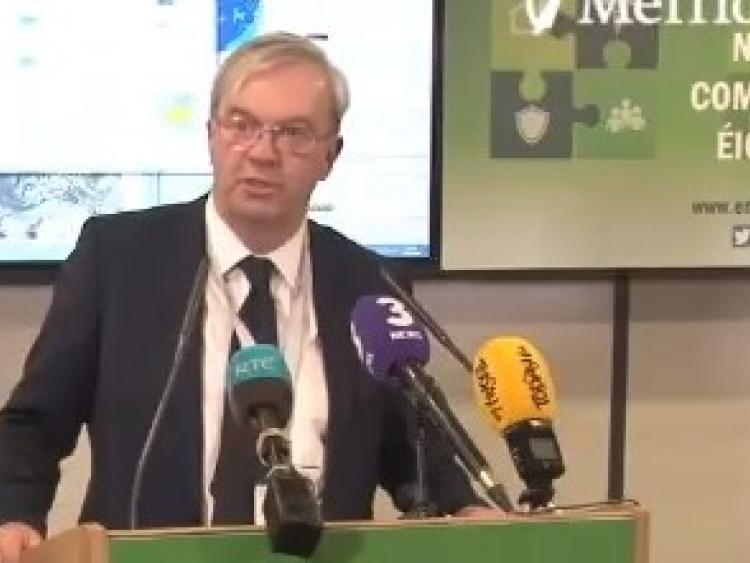 The severe weather set to hit through Thursday and Friday will put lives at risk and it will be 'suicidal' for people to drive during the storm, the chairman of the group responding to the Status Red severe weather.

Sean Hogan, Chairman of the National Emergency Co-ordination Group Committee on severe weather said public safety is driving the warnings issued in relation to Storm Eamma and the Siberian weather. He warned that driving snow puts lives at risks

"If you are out there you may become disorientated and got lost very quickly...Unfortunately we had cases of people dying in the cold spells in 2010 who were out of doors. So there is a very real public safety issue.

"There is an obvious issue about driving. It would b suicidal to go driving in blizzard like conditions.

"That is why we are saying do not be out there from 4pm tomorrow evening (Thursday) in these conditions.

"We are hoping the damage won't be like what it was in Ophelia but we are in uncertain territory here. We simply don't know what the impact is going to be. We have a lot of snow already and more snow coming. We will have gale force wind and we simply don't know what the impact of that will be in terms of the drifts that will come and how that will impact. That is the big issue that people need to bear in mind," he said.

He urged people to clear the paths before the arrival of the big snow. He said timing is critical on that issue.

He warned it would not be 'business as usual' after the Storm passes on Friday. He said the situation would then have to be assessed to try to get the country back moving again.

Eveyln Cusack of Met Éireann said the blizzard would mean 'zero visibility' due to type of snow and temperatures are due to plummet to -7 degrees c. She said it is similar weather as to what hits Chicago due to the proximity to the the Great Lakes.