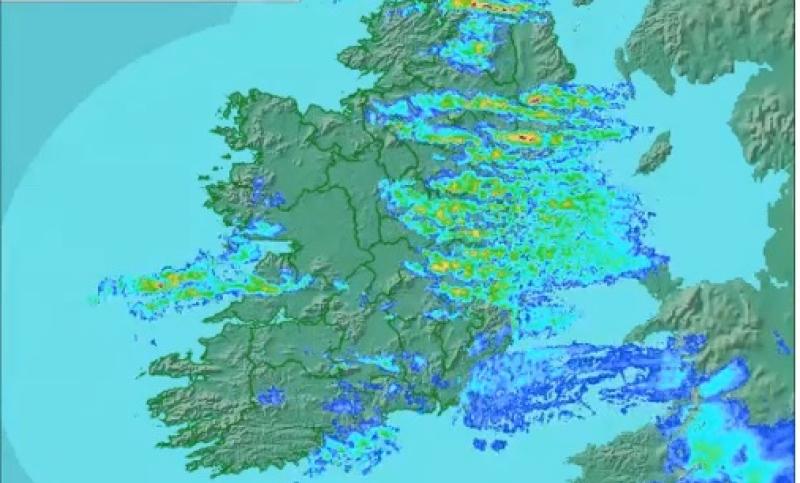 Met Éireann has warned of widespread snow showers across Laois, Offaly, Dublin, Kildare during the morning ahead of the arrival of Storm Emma which will see conditions deteriorate further.

A Status Red Snow Ice Weather Warning is now in force for the entire country. It was declared late on Wednesday night. This includes snow being swept in by the beast from the east and the impact of Storm Emma.

Widespread showers are expected to move east to west today covering much of the easte coast and midlands. Temperatures will range from just -3 to -6 degrees celcius.

It tweeted a graphic of the snow expected this morning. It warns of more persistent snow pushing up from the south later as Storm Emma hits the Siberian weather.