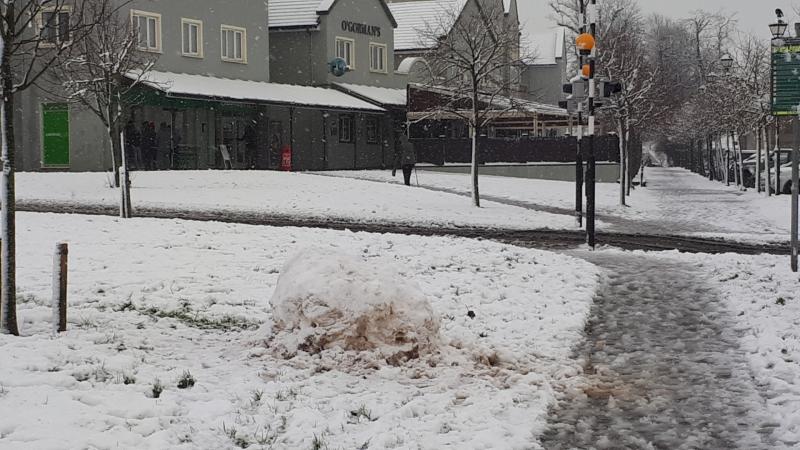 Snow is in the forecast for a chilly St Patrick's Day and Met Éireann has warned of flooding on the back of a rain warning from Tuesday night and for all day Wednesday.

Met Éireann says it will be dry and bright at first on Tuesday with sunny spells but cloud will gradually increase from the Atlantic. This will bring rain and drizzle this afternoon to the west but most other areas will remain dry during daylight hours.

The forecaster says rain will lead to accumulations of 30 to 50mm with a risk of localized flooding. There is the potential for higher accumulations in mountainous areas.

The warning is valid from 11pm Tuesday, March 13 to almost just before midnight on Wednesday, March 14. Met Éireann says Wednesday will be 'wet and windy'.

Meanwhile, the Beast from the East could be in for a return by the weekend. Met Éireann says St. Patrick's weekend will be very cold.

Saturday, St. Patrick's Day will be dry in many areas, with bright spells, but scattered snow showers mainly in eastern coastal counties and along the south coast.

It will be breezy, with moderate to fresh easterly winds. temperatures will rise no higher than from just 1 or 2 degrees in the north and east to 5 or 6 along west and southwest coasts.

Saturday night will be very cold and frosty, with scattered snow showers in the eastern half of the country, but mainly dry elsewhere.

Sunday will remain very cold, with scattered snow showers, most of them in Leinster and the eastern half of Munster, but well scattered elsewhere, with sunny spells. Max. 1 to 4 Celsius. Very cold and frosty again on Sunday night, but mostly dry.

Further outlook (Monday to Wednesday) is that it will remain very cold, with frosty nights, but dry and bright.

Although it looks as though #cold #weather could return this #weekend, there's still a lot to play for in terms of just how wintry it could be. As always, we'll bring you the latest information during the next few days as certainty increases pic.twitter.com/qLLvSX8l5S