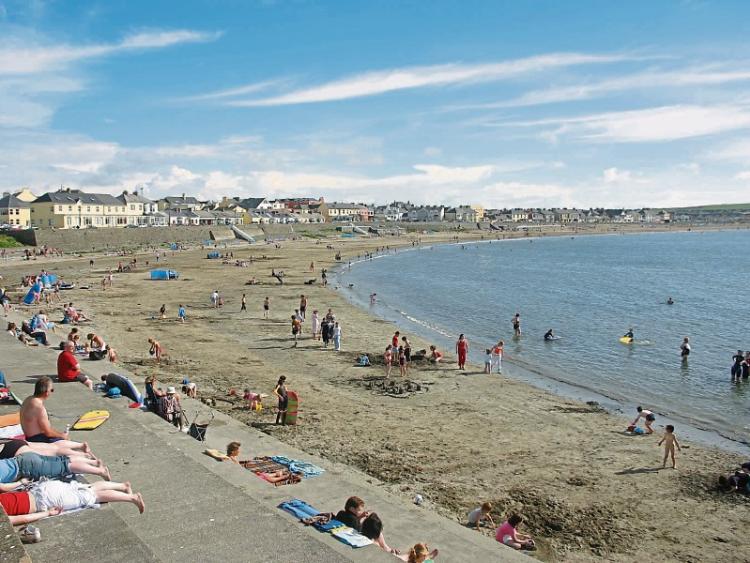 MET EIREANN WEATHER WARNING - Is the heatwave set to continue?

Luckily, it is a high temperature warning as Ireland looks ahead to another five days of soaring temperatures following on from a brilliantly sunny weekend.

According to Met Eireann, the fine weather and temperatures in the mid to high 20s will last for the foreseeable future.

Such is the extent of the hot and dry spell, the national forecaster has issued a Status Yellow Drought warning for the week too.

According to Met Eireann, apart from the odd shower near the south coast on Monday there'll be no break in the drought.

The Status Yellow Advisory warning for Ireland says that little or no rain forecast for most areas over the coming week, bringing drought or near-drought conditions across Ireland.

The warning is valid from Saturday 30 June to Friday 06 July.

Monday, July 2 will be warm, dry and mostly sunny with highest temperatures ranging from 22 to 28 degrees Celsius, warmest across midlands, south and southeast. A little cooler for north and northwest counties with values of 18 to 22 degrees Celsius, all in light to moderate northeast breezes.

Monday night will be dry with long clear spells. Lowest temperatures of 10 degrees to 15 degrees Celsius (north to south).

Tuesday will continue warm, dry and mostly sunny with light to moderate easterly breezes. Highest temperatures of 21 to 27 or 28 degrees Celsius (coolest along the east coast and warmest further west).

Tuesday night will be mostly dry with clear spells. A few showers are possible near the south coast. Lowest temperatures of 11 to 15 degrees.

Wednesday will be warm, sunny and dry apart from a slight risk of one or two isolated showers. Highest temperatures of 22 to 28 degrees with light variable breezes, warmest in Leinster.

Thursday will be a cooler day with a fair amount of cloud and some sunny intervals. It will be mainly dry, but there may be a little patchy drizzle in the west and north and a risk of some showers in Munster and south Leinster in the afternoon. Highest temperatures ranging from 16 degrees in the northwest to 25 degrees in east Munster ad south Leinster. Winds will mostly light northwesterly in direction.

Friday will be dry with sunny spells and little or no wind. Highest temperatures of 18 to 24 degrees, coolest along coasts and warmest in the midlands.

Saturday will be warm and mainly dry with sunny spells. There's a chance of one or two isolated showers. Highest temperatures of 20 to 26 degrees with light to moderate southwest breezes. It will be coolest along the west coast and warmest in the east.

Sunday will continue warm and mainly dry with highest temperatures of 20 to 25 degrees.

At the moment it looks like the early days of next week will continue warm, dry and mostly sunny.