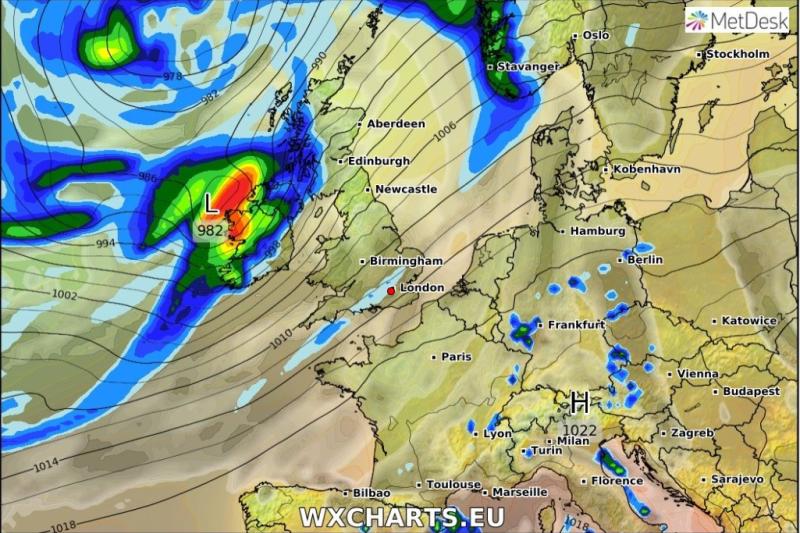 The national forecaster states, "Storm Ali will track close to the west and northwest coast from the early hours of Wednesday morning. South to southwest winds veering westerly will increase to mean speeds between 65 and 80 km/h with gusts between 110 and 120 km/h for a time. The core of strong winds will be along Atlantic Coasts at first and will then move quickly eastwards during the morning." The warning is in place from 5am on Wednesday until 1pm on Wednesday