Midlands weather forecaster gives his predictions for the winter 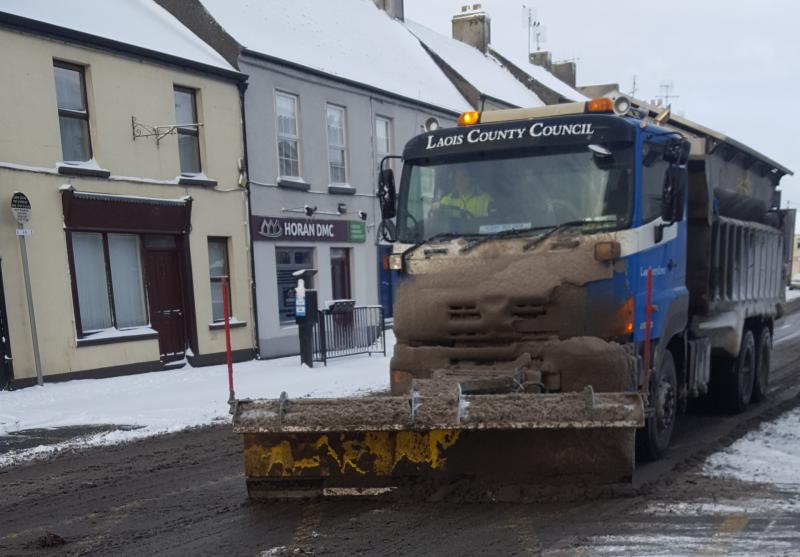 Much has been written over the past number of weeks in relation to the possibility of Ireland facing one of the coldest winters on record, with crippling blizzards predicted to inflict an icy misery across the country for much of an extended winter season.

Such apocalyptic predictions, it must be stressed, have originated from the same British tabloids and sensationalist weather forecasters who annually predict "Britain's Coldest Winter in Centuries Ahead", which very frequently materialize into nothing more than typical British winters with a covering of snow across the Scottish Highlands, or across the Lake District.

However, could 2018/19 be the year when such predictions, though not quite as sensationalist, do in actual fact materialize? Indeed will 2018/19 be a record-breaking winter in terms of low temperatures and snowfall? Or rather will we experience average conditions, bringing an end to what has been an extraordinary year in Irish meteorology. Here's my reasoning why I believe winter 2018/19 may, in fact, be a colder than average winter, not just across Ireland, but indeed across much of western and Northern Europe.

In the age of global climate change, where globally temperatures have increased on average at about one degree Celsius since the dawning of the industrial age, or rather some 0.6 degrees Celsius since the start of the last century, it seems to be somewhat paradoxical to talk of the possibilities of Irish winters becoming ever more unpredictable and in some cases potentially even colder than normal.

Climate change has proven to occur in non-linear trends, meaning that while global temperatures have increased at a rate of 0.6 degrees Celsius, over the Arctic this warming has been in the range of 2-3 degrees Celsius. This general distortion of the temperature gradient between the mid-latitudes and higher latitudes has caused a weakening of the jet stream, which causes the jet stream to meander and buckle leading to prolonged spells of stationary weather patterns, such as we experienced during this summers heatwave.

These findings have been pioneered by the work of Dr Jennifer Francis, who believes that the extreme weather conditions experienced across Europe over the past number of decades is a testament to the slowing and meandering of the jet stream, caused by a weakening of temperature gradients which drive the jet stream eastwards across the Atlantic. With such patterns increasing it's logical to at least consider that the risks of colder spells of weather would increase as opposed to our average climatic conditions.

Much speculation has also been given to the development of El Nino conditions across the Pacific Ocean, which studies have suggested influences the winter weather patterns across Europe leading to the increased potential for outbreaks of particularly cold conditions across Northern and Western Europe.

During El Nino events, pressure patterns across Europe become disturbed, with the more typical flow of the Atlantic westerlies being replaced by outbreaks of easterly winds, which generally bring with them Ireland's coldest winter conditions. This weakening of the westerly winds through the stratosphere at first propagates down through the atmosphere eventually affecting the observed wind patterns at the surface as the winter progresses. Indeed the last memorable occurrence of this meteorological weather pattern was the bitterly cold winter of 2009/10, which saw frigid temperatures and heavy snowfall for a considerable period of November and December across many northern and eastern areas of the country. With a 70% chance of El Nino conditions developing as we progress into the winter months could history repeat itself?

Did you know that the Atlantic Ocean itself enters into a multi-decadal warming and cooling cycle, whereby the weather patterns over the Atlantic and surrounding areas are altered considerably? Such decadal oscillations have had considerable effects on our observed weather patterns over the past century, with each phase of the cycle typically lasting between 20-25 years. Indeed one theory as to why Ireland experienced such mild winters during the 1990's and 00's was due to the AMO's positive phase which results in the increased flow of westerly winds, warmer temperatures across much of western Europe, and a considerable reduction in European snowfall.

The greatest influence on the seasonal weather conditions of Europe is the North Atlantic Oscillation, which like the Atlantic Multidecadal Oscillation, has a positive and a negative phase. Equally, during the positive phase of the NAO western and northern Europe experience milder, wetter conditions with increases in winter precipitation and storminess. Southern Europe during this phase experiences warmer and drier conditions as the North Atlantic storm track is firmly located further north across Ireland and the UK. However, during negative phases of the NAO northern and western Europe experiences drier than average conditions, but certainly much colder than average temperatures, as easterly winds replace the typical flow of westerly winds. Statistically, the NAO controls over two-thirds of the variability of the European winter climate, giving some sense of the magnitude of the atmospheric changes involved between positive and negative phases.

The index used to determine whether a positive or negative NAO is occurring or not is due to the difference in pressure gradients between the Icelandic low pressure and the Azores high, both of which are semi-permanent in their positioning. The greater the difference in the pressure readings, the stronger the flow of westerly winds will be. The opposite occurs in the negative phase, the strongest in recent years occurred during the bitterly cold December of 2010, the last time that the river Shannon completely froze. The current NAO index is in a positive phase, however, the phase can change rather abruptly indicating that the NAO itself is a consequence of other larger weather patterns and not a catalyst.

The final observation that I will mention refers to perhaps the least understood of all the potential reasons as to why winter 2018/19 will be colder than average. In actual fact, the origins of the last observed factor in my 2018/19 winter forecast originate some 150 million kilometres away from the island of Ireland, in a place where the average temperature is some 5'400 degrees warmer than that of our own! I am of course referring to the sun.

The sun too enters periods of activity, defined by low and high activity. These fluctuations between high and low activity are called solar cycles, and typically last around 11 years in duration. During periods of particularly low activity, known as solar minimums, it's been observed that Europe experiences particularly cold winters, with the last observed minimum coinciding with the exceptionally cold winter of 2009/2010.

Perhaps the most notable sequence of particularly cold winters in Europe occurred during what has become known as "the little ice age", a period when solar activity remained exceptionally low from around 1600-1850, coinciding with severe European winters in which many of Europe's seaports froze over, with ice fairs being held on the river Shannon and other Irish rivers rather frequently in winter. As we look ahead to winter 2018/19 it's certainly worth noting that our current solar cycle is expected to reach its minimum at some point over the coming months and persist through a considerable portion of 2019. Could the final piece of the puzzle in this winters forecast be the occurrence of a solar minimum?

We've now taken a look at some of the major parameters which typically influence our seasonal meteorological conditions, not just in Ireland, but rather in much of western Europe. We've observed how considerable natural variations can interact with the anthropogenic changes associated with climate change, influencing our weather in ways that we previously considered unimaginable.

These changes in our annual atmospheric patterns are often dominated by natural forcing events such as the NAO, AMO, El Nino and Solar Cycles which stamp their individual authority over the daily conditions that we observe here on the earth's surface. But taking each of the observed parameters into account I personally feel that winter 2018/19 will be a colder than average winter across the country, with lower than average rainfall totals, but with observed increases in seasonal snowfall amounts, particularly along eastern and northern coastal areas, along with many central areas of Ulster and Leinster. Speculating to the expected severity of the conditions is beyond the realms of this forecast at present, however, the general trend indicates that a colder than average winter seems likely.

In terms of the timing of such cold spells, our forecast projections would suggest that the coldest periods of the forthcoming winter are likely to occur during the second half of the season, as is the statistical average associated with negative NAO winters, with reducing solar activity and El Nino events.

As always you contact me directly through our Facebook page, the "Midland Weather Channel", or by emailing cathalgnolan@gmail.com