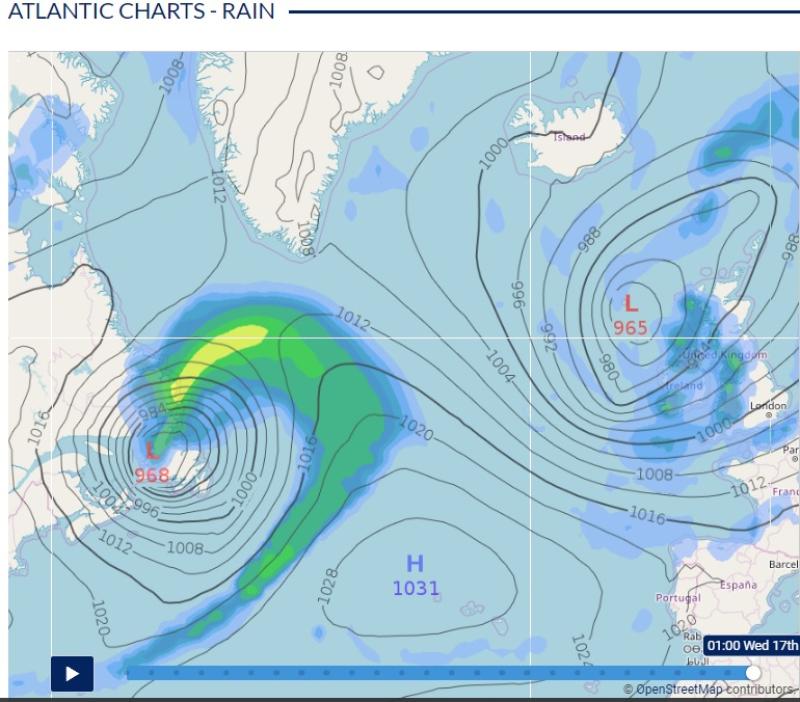 Two big storms in the Atlantic according to Met Éireann charts.

Met Éireann charts show that Storm Callum could be the start of a week of sustained stormy wet and windy weather.

The forecaster's Atlantic rain charts reveal that Friday's storm will be followed by some heavy rain on Saturday with the next belt following early next week.

The charts reveal a deep low-pressure system over Ireland on Tuesday and Wednesday next with another intense storm front appearing to follow on across the Atlantic from North America. 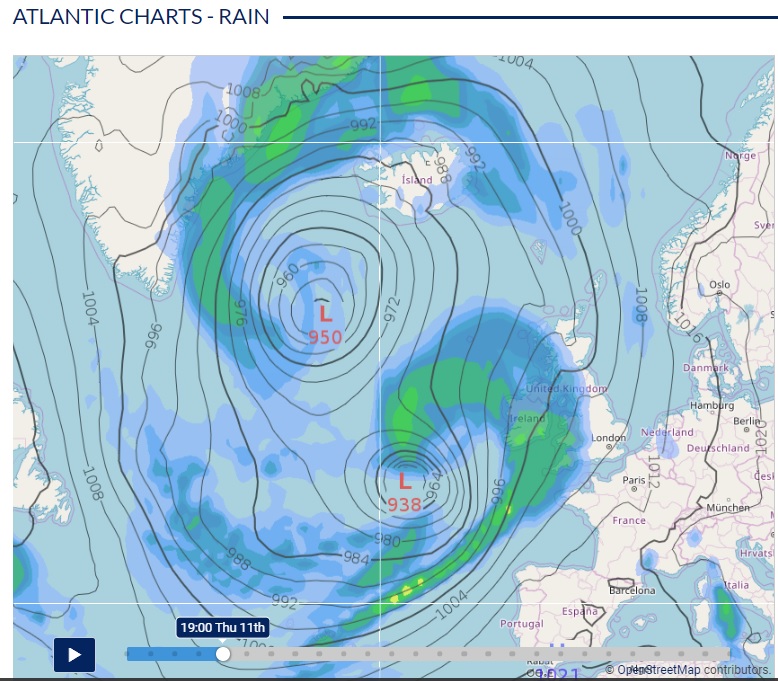 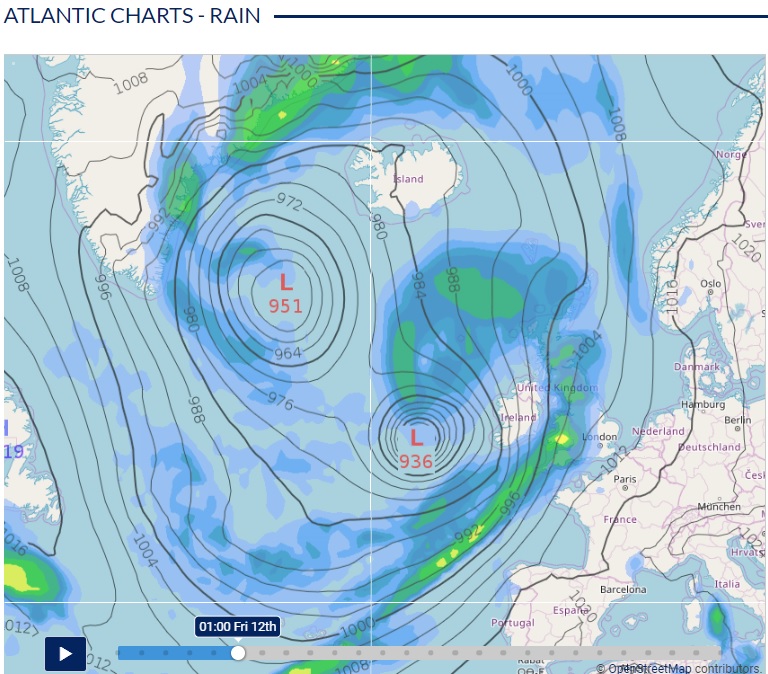 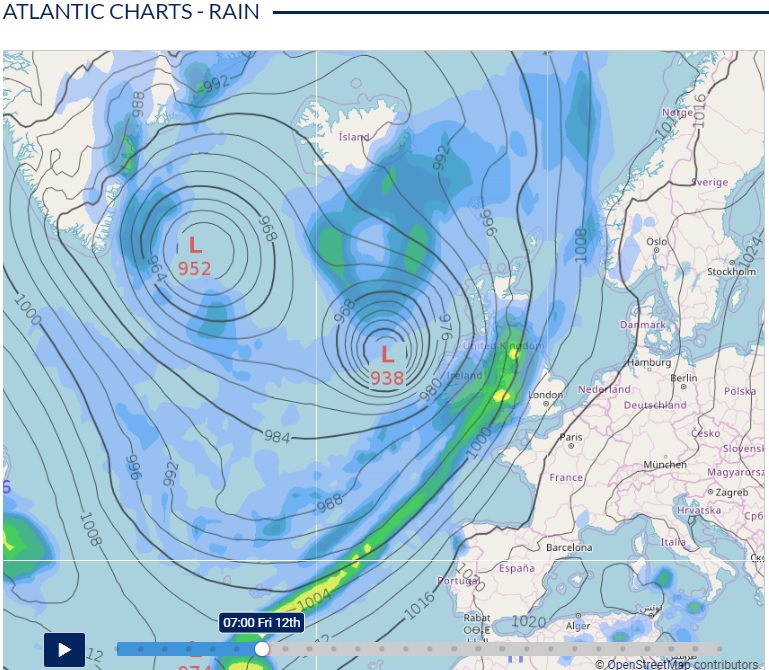 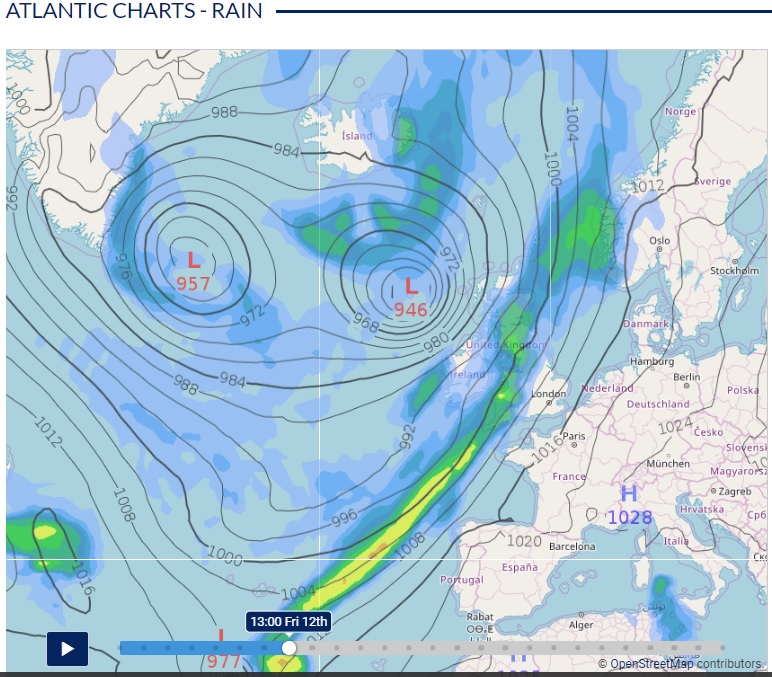 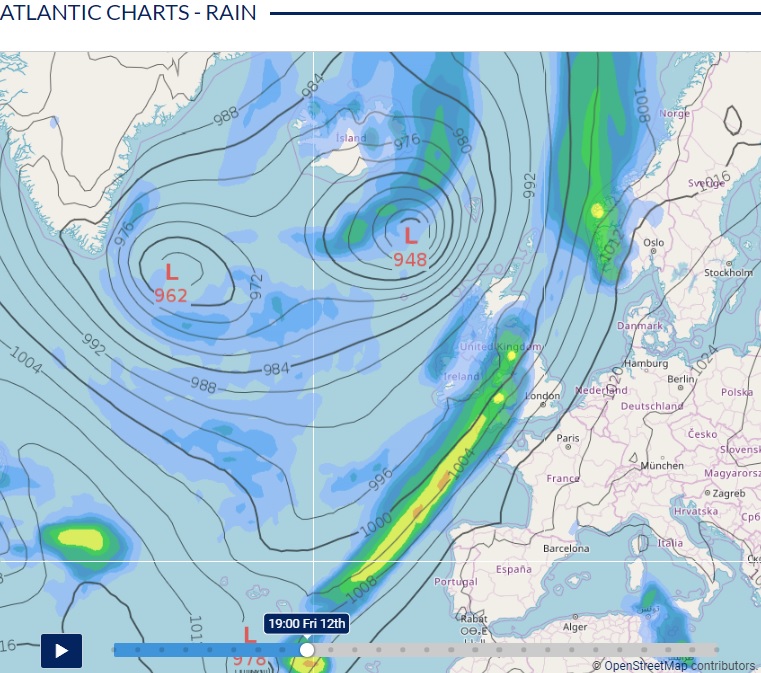 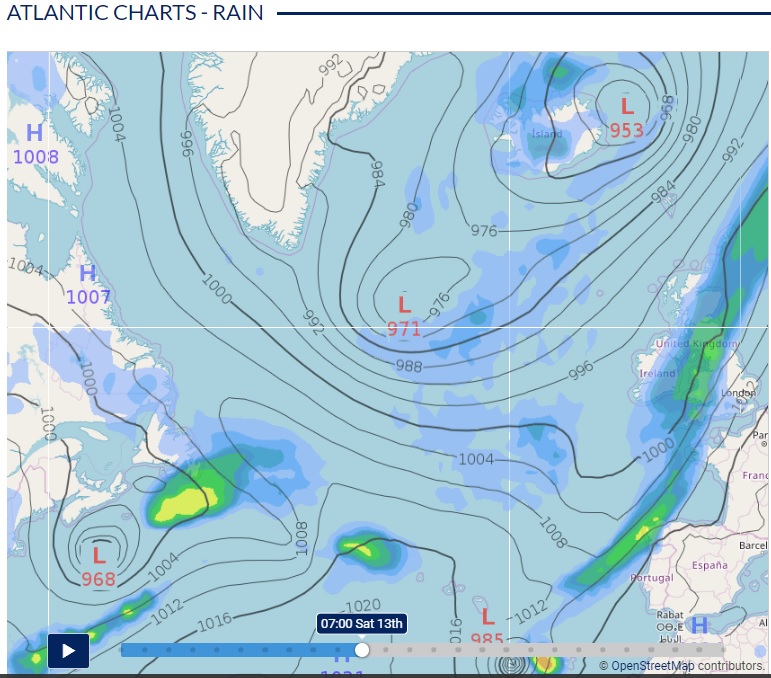 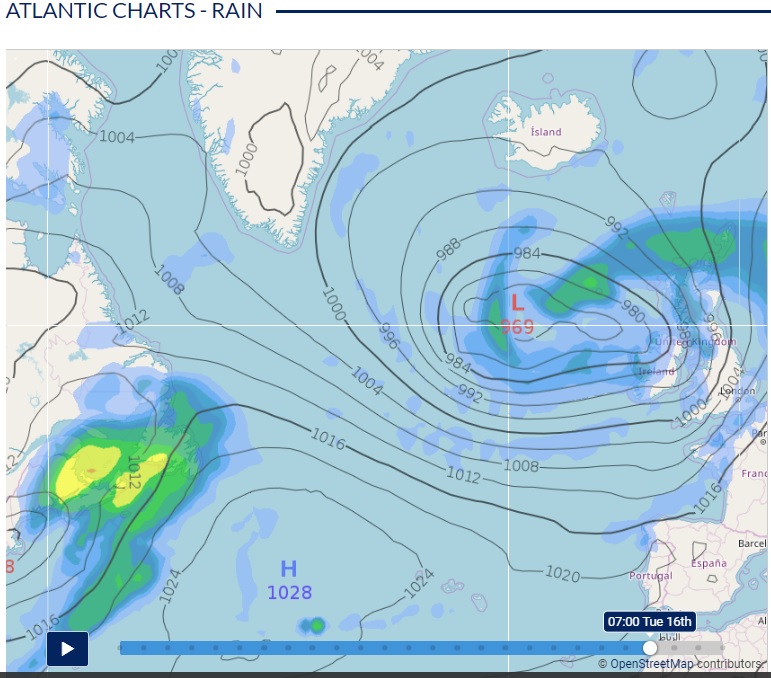 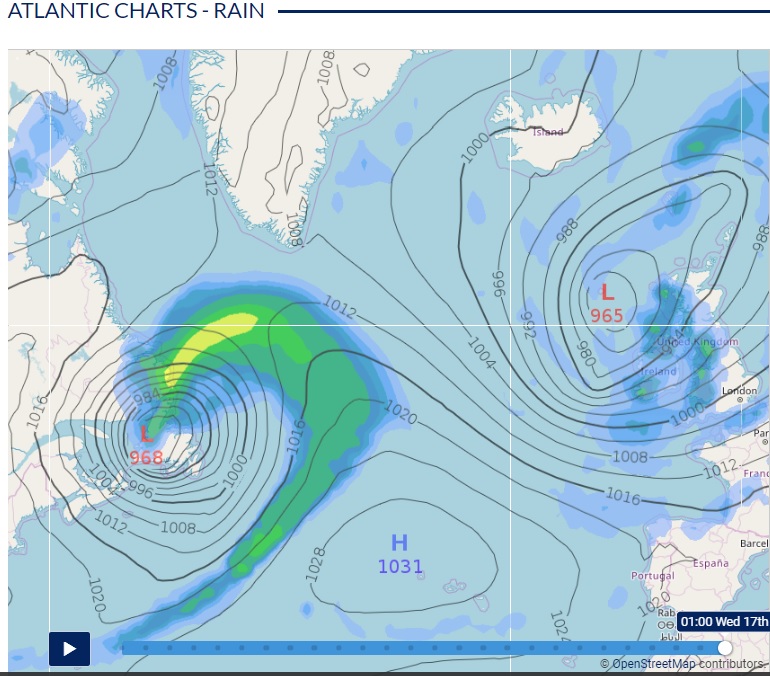