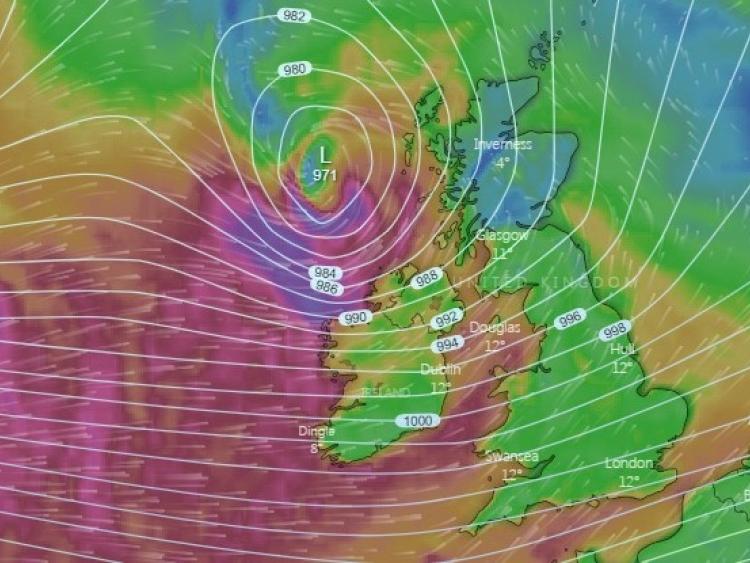 The weather system on the way to Ireland on Thursday night and Friday morning. Pic: windy.com

Met Eireann has issued a Status Yellow Wind Warning for much of the country for Thursday night and Friday morning.

Met Eireann expects southwest winds will reach mean wind speeds between 55 to 65km/h with gusts of 90 to 110km/h, strongest near coasts where these limits may be exceeded for a short period later on Thursday night.

Meanwhile Offaly weather forecaster Cathal Nolan from the Midlands Weather Channel is expecting the Weather Warning to be increased.