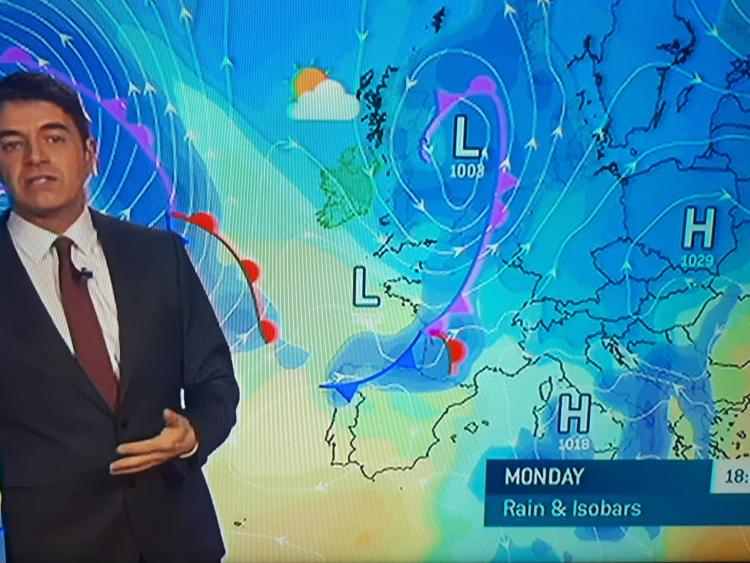 Met Éireann says the cold snap warns that the freezing weather will last through the weekend with a milder unsettled spell on the way.

In his bulletin after the RTÉ news forecaster, Gerry Murphy said the cold conditions would persist right through to Sunday with the possibility of wet and windy weather sweeping in on Monday.

"So overall the weather staying very cold and unsettled in general for the coming days," he said.

Outlook for the next 7 days

TODAY - FRIDAY 1ST FEBRUARY
Most areas will be dry with sunshine this afternoon, but a few wintry showers will occur in northern and eastern coastal areas. Maximum afternoon temperatures ranging 2 to 5 degrees at best in light to moderate northerly winds, but winds will be fresh on south coasts.

TONIGHT - FRIDAY 1ST FEBRUARY
Very cold overnight with widespread severe frost and ice. It will be generally dry with long clear spells but sleet and snow showers will move in across parts of Ulster and north Connacht during the night. Minimum temperatures of -1 to -4 degrees in light or moderate northwest breezes.

TOMORROW - SATURDAY 2ND FEBRUARY
Frost and ice will gradually clear from most areas on Saturday to leave a bright day with a mix of cloud and sunshine. Much of the country will hold dry but there will be a few showers in the west where some may be wintry. Maximum afternoon temperatures of 3 to 6 degrees in mostly light westerly or variable breezes.

NATIONAL OUTLOOK
Saturday night: Another cold and frosty night with icy stretches on untreated surfaces. Dry for much of the night but cloud will build from the west later and patchy rain will move in from the Atlantic to affect western counties. The rain will spread eastwards, reaching the east coast by around dawn and may be preceded by snow in places. Lowest temperatures of zero to -3 degrees in moderate southwest breezes.

Sunday: Patchy rain and sleet will clear eastwards on Sunday morning to leave sunny spells during the afternoon. Highest temperatures of 6 to 9 degrees in moderate southwest winds. A spell of rain will move in from the Atlantic overnight accompanied by strengthening southerly winds. Lowest temperatures of 2 to 6 degrees, coldest in north Ulster.

Monday: Wet and windy on Monday morning with outbreaks of rain clearing eastwards. Bright spells and scattered showers will follow in the afternoon. Highest temperatures of 6 to 10 degrees in fresh to strong westerly winds, veering northwest later. It looks set to be dry overnight with long clear spells but rather cold with frost and ice forming. Minimum temperatures of +2 to -2 degrees.

Tuesday: Current indications suggest it will begin dry on Tuesday with some morning sunshine but a spell of rain will sweep across the country later. Highest temperatures 8 to 11 degrees.

Mid-week: It is expected to remain rather unsettled with low-pressure systems moving in from the Atlantic bringing rain at times. Temperatures will be close to or above the seasonal average.