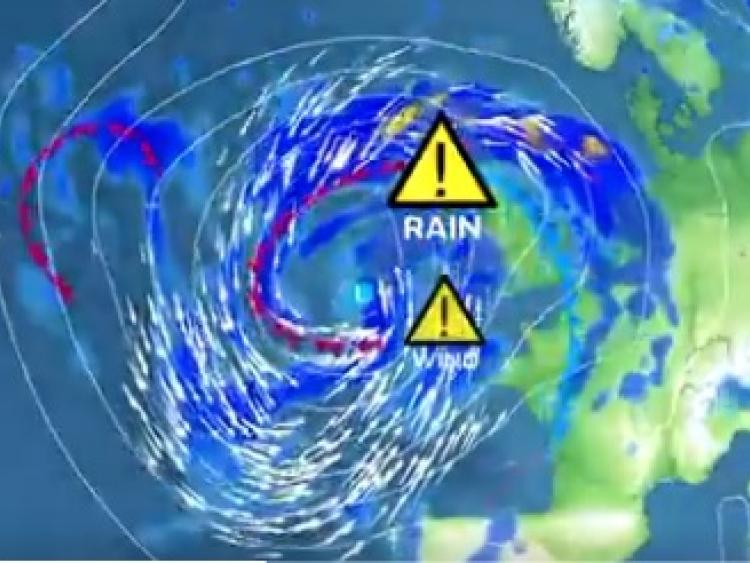 Summer storm on course for Ireland

Met Éireann's official weather forecasting partner is expecting a stormy weekend of weather which is set to kick in on Thursday night with a night of heavy rain.

Like Met Éireann, the Met Office has issued weather warnings for the incoming weather. It says a 'deep area of low pressure' is on its way.

The UK forecaster has tweeted a short video which shows a very unsettled front which is set to last through to Sunday. It forecasts unseasonably strong winds, heavy rain and thunderstorms. More below tweets.

A deep area of low pressure currently in the Atlantic is making it's way towards the UK. It'll bring unsettled weather to many this weekend including

Met Éireann has already issued a Status Yellow weather warning for Thursday into Friday. The warning says heavy rain will spread from the south Thursday evening and night. Because accumulations of 25 to 40mm will occur over a relatively short time, the forecaster is warning of spot flooding is likely.

The warning is valid from 7pm Thursday, August 8 to 7am Friday, August 9.

A frontal system associated with this depression will bring a spell of heavy rain tonight. pic.twitter.com/leZ1gNvtf4

It has also tweeted out what to expect in a seven-day forecast video.

Met Éireann forecast issued on its website on August 8 at 2:43 pm below

TODAY - THURSDAY 8TH AUGUST
Dry in many areas with some bright or sunny spells breaking through the cloud, with just the odd shower about. However cloud will thicken from the south this afternoon and heavy and persistent rain will develop over much of Munster by evening time. Highest temperatures of 18 to 22 Celsius. Light to moderate east to southeast breezes will increase fresh to strong and gusty on south and west coasts as the rain approaches with winds reaching near gale on southern coasts.

TONIGHT
Heavy rain over much of Munster and Leinster early tonight, will extend to Connacht and Ulster later in the night and overnight. The rain possibly leading to localised surface flooding with some thundery bursts also. Some clear spells and showers will follow into the south later in the night. Lowest temperatures of 13 to 15 Celsius. Southeast to east winds fresh to strong and gusty, with winds reaching near gale on coasts with gale-force winds on northern coasts by morning, winds veering southerly as the rain clears.

TOMORROW - FRIDAY 9TH AUGUST
On Friday morning, heavy possibly thundery rain over parts of Connacht and Ulster will clear northwards. Brighter conditions with showers will follow through the day. Many of the showers will be heavy and prolonged with thunderstorms and the risk of hail. Local downpours could potentially lead to hazardous driving conditions and flash flooding. Highest temperatures of 17 to 19 Celsius. Southeast winds mostly moderate to fresh and gusty but winds strong to near gale on many south and east coasts and touching gale force at times along the southeast coast.

NATIONAL OUTLOOK
There'll be further showers on Friday night, though they won't be as widespread or as heavy as during the day. Lowest temperatures of 13 or 14 degrees.

On Saturday there'll be showers or longer spells of rain, especially over the northern half of the country. There'll be drier intervals in the south. Later in the day and on Saturday night, showery rain will extend southeastwards to all areas. highest temperatures of 17 to 21 degrees with fresh southwest winds, later decreasing moderate and becoming northwesterly.

Sunday will be a cooler, fresher day but the nicer day of the two this weekend across most parts. Lingering overnight rain will clear eastern counties and most areas will enjoy a mostly dry day with just well-scattered showers. Highest temperatures of 14 to 17 degrees with light or moderate northwest breezes.

Monday will be bright with sunny spells and occasional showers. Highest temperatures of 14 to 18 degrees with moderate westerly breezes.

Tuesday and Wednesday will continue unsettled with band of rain moving eastwards across the country, heavy at times. It will be blustery at times with temperatures in the mid to high teens.