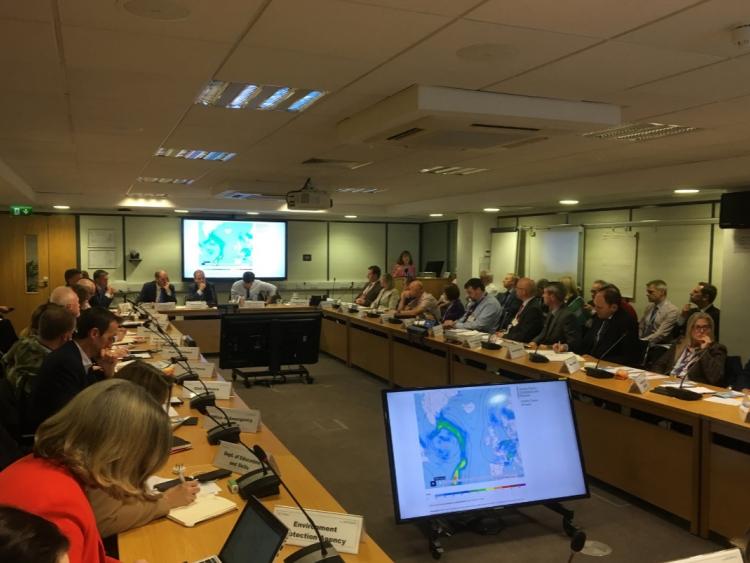 The group met on Tuesday afternoon in Dublin as forecasters became confident that the storm would impact as weaker but still powerful an ex-hurricane.

Ireland's chief weather forecaster Evelyn Cusack is among those to have addressed the meeting in Dublin which was chaired by the Minister at Department of Housing, Planning and Local Government Eoghan Murphy.

The Minister has already asked city and county to prepare for the storm.

The Department of Transport, An Garda Síochána, ESB Networks, the OPW, local authorities and Irish Water were among the other parties represented.

The national weather forecaster has already issued its first weather advisory and says further weather warnings and advisories will be issued from Wednesday morning on the impacts on Thursday, particularly the impact of high seas⁩.

⁦@MetEireann⁩ briefing the National Emergency Coordination Group on #Lorenzo this afternoon. Please keep a check on the ⁦@MetEireann⁩ weather warnings and advisories to be issued from tomorrow morning on the impacts on Thursday, particularly the impact of high seas pic.twitter.com/qqS1W1Rflt