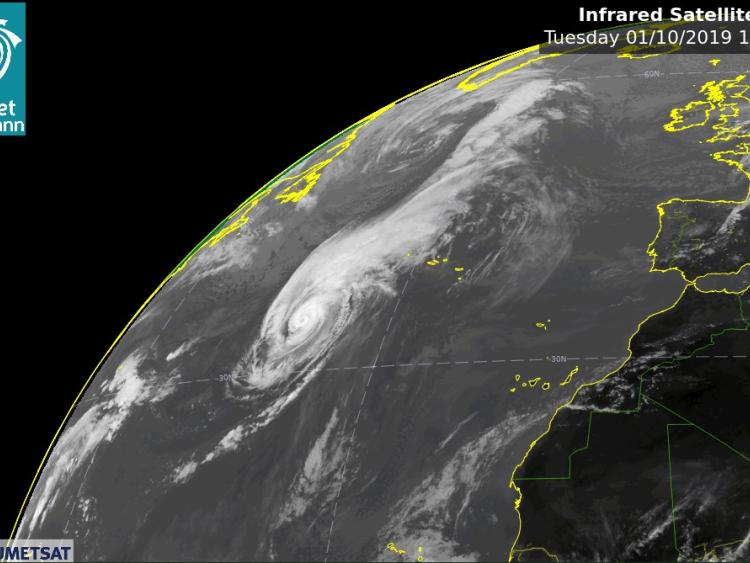 Met Éireann has issued its first official weather advisory about Hurricane Lorenzo and says it will issue further warnings on Wednesday morning.

The advisory issued on Tuesday, October 1 says that there it a 'high probability' that Storm Lorenzo will track close to or over Ireland later on Thursday and early Friday, giving high seas, severe winds and heavy rain.

The forecaster says it will issue warnings on Wednesday morning.  The advisory if valid from noon on Thursday, October 3 to noon on Friday, October 4. More below graphic. 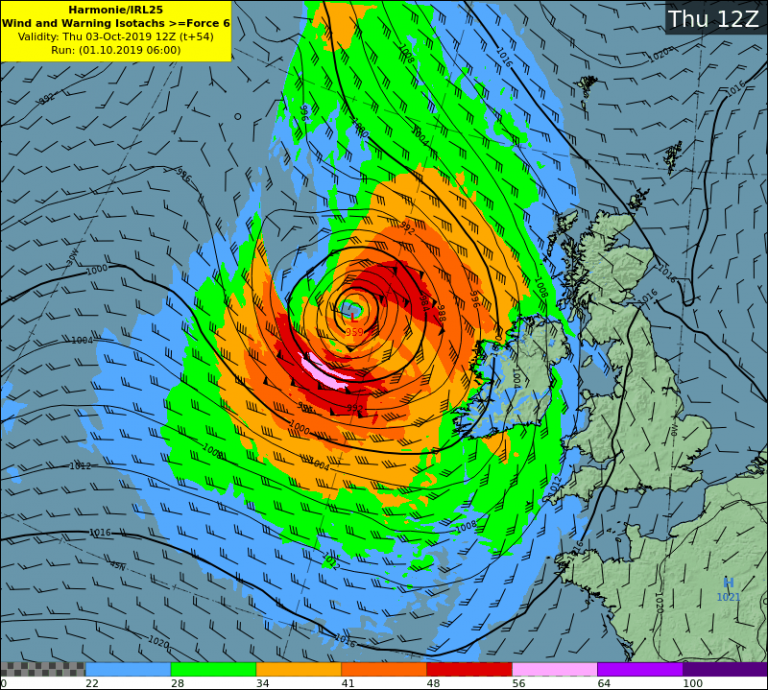 In its latest commentary issued on Tuesday on the hurricane, the forecaster says the stormy conditions will be from the extra-tropical storm Lorenzo, which at present is a Category 2 hurricane about 3000km southwest of Ireland.

The forecaster says Lorenzo is expected to bring hurricane conditions (Cat 1) to western parts of the Azores on Tuesday and Wednesday, with both Hurricane and Tropical Storm warnings in effect. More below tweet.

NOAA's #GOES16 continues to watch #HurricaneLorenzo, with its large wind field moving toward the #azoresislands. @NHC_Atlantic predicts #hurricane conditions in portions of the Azores by early tomorrow. pic.twitter.com/8yvG3Tlayf

It says very high/phenomenal seas will be generated on the eastern side of Lorenzo as it tracks north-northeastwards over the coming days, with swells currently spreading across much of the North Atlantic basin. 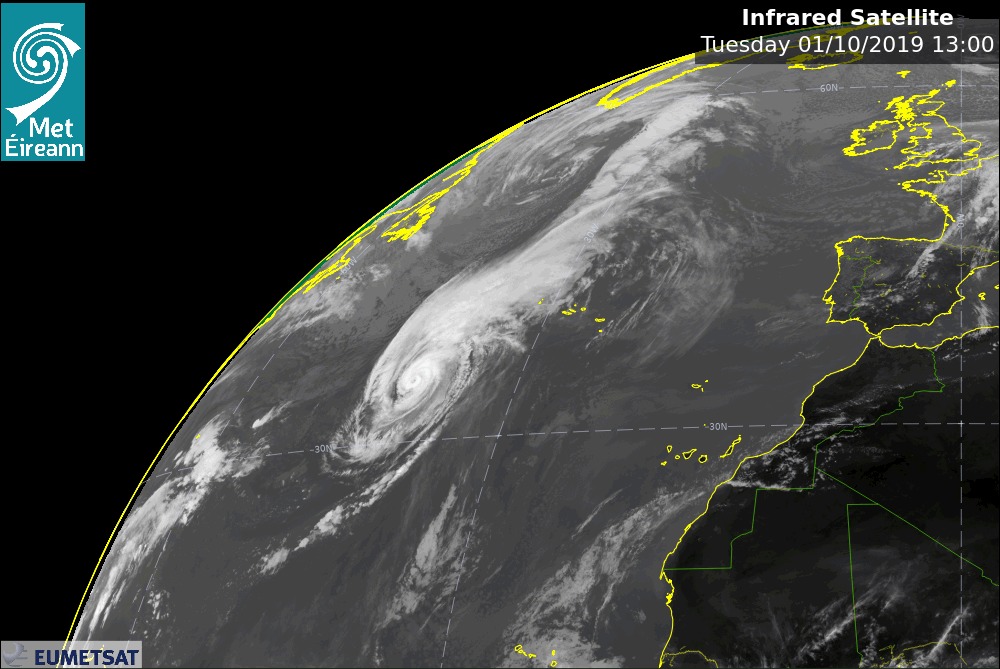 The commentary says Hurricane Lorenzo is the eastern most and northern most category 5 hurricane ever recorded in the Atlantic Ocean.

It says Lorenzo is expected to make its transition from a hurricane to extra-tropical storm when it is about 1000km to the southwest of Ireland.

By comparison, storm Ophelia in October 2017 retained its hurricane status until it was within 500km of Ireland.