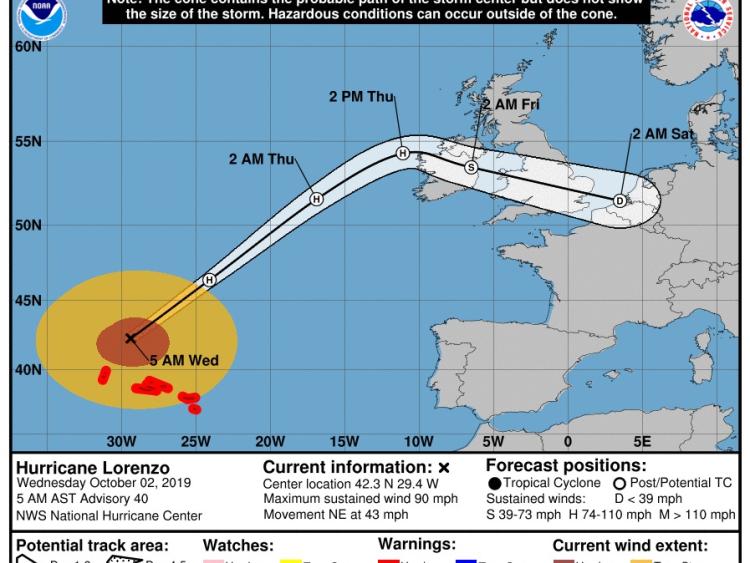 Latest weather charts for Ex-Hurricane Lorenzo show that it will be stronger than had been expected as the now tropical storm approaches Ireland's west coast.

The National Hurricane Center charts on Wednesday morning show the storm will carry winds of between 74 mph and 110 mph at a point of the Mayo coast. These winds are stronger than charts published on Tuesday night by the American forecasters which showed the storm carrying winds of 39 mph to 73 mph at the same point of the May coast.

The new charts also show that the storm will be carrying winds of 39 mph to 73 mph as it crosses the Ireland's midlands and leaves the country over Dublin. MORE BELOW CHARTS. 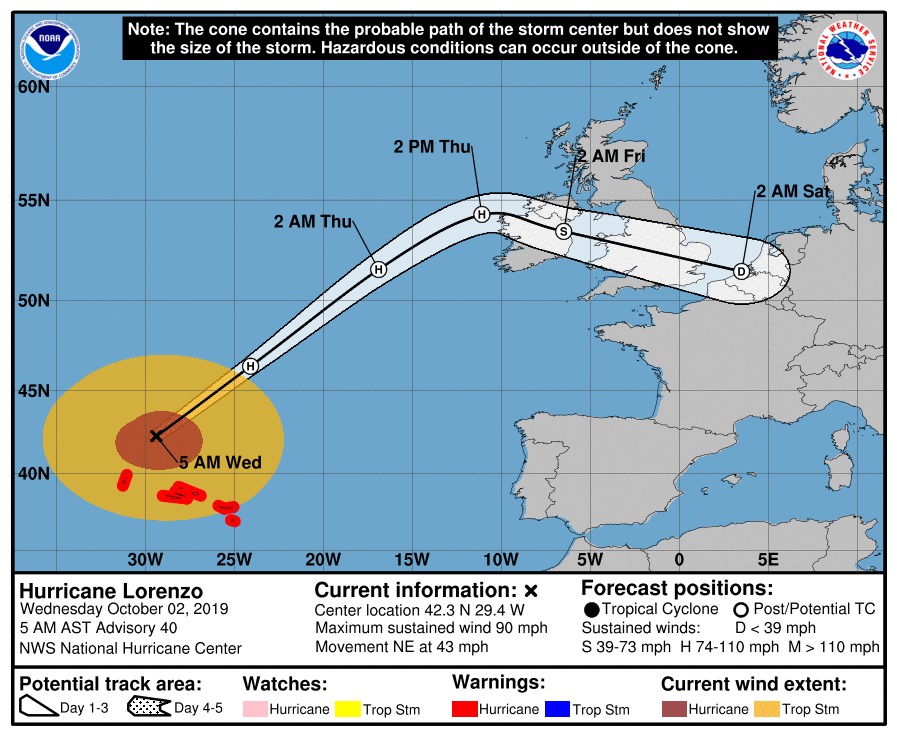 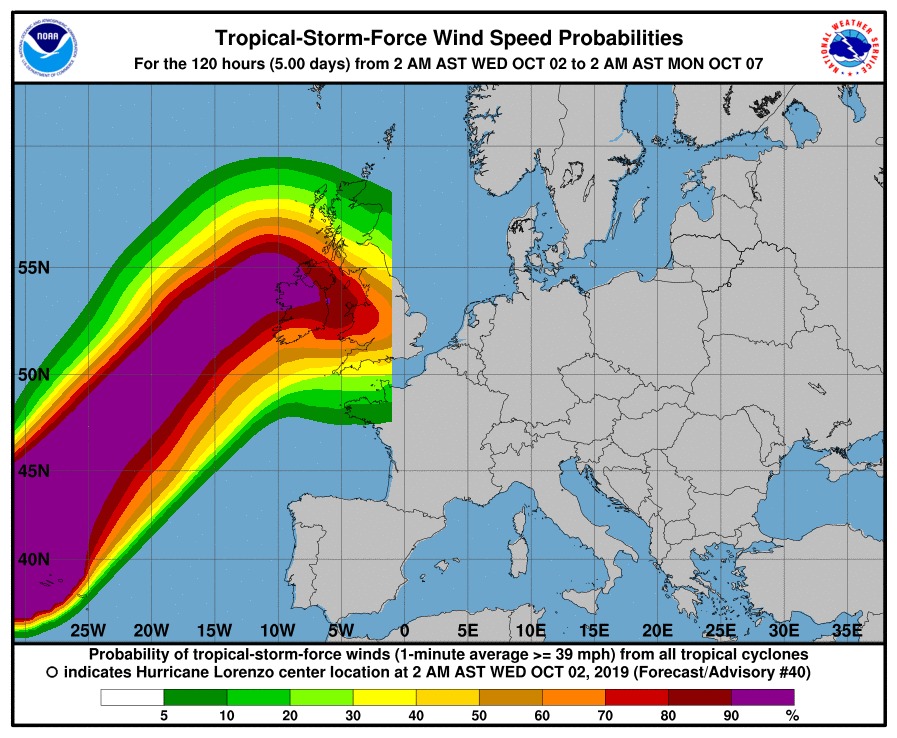 The forecaster says the storm has left the Azores and its charts show that it is no longer a hurricane.

The National Hurricane Center has been holding daily briefings with Met Éireann and the Met Office since last week when the unprecedented record storm developed in the Atlantic.