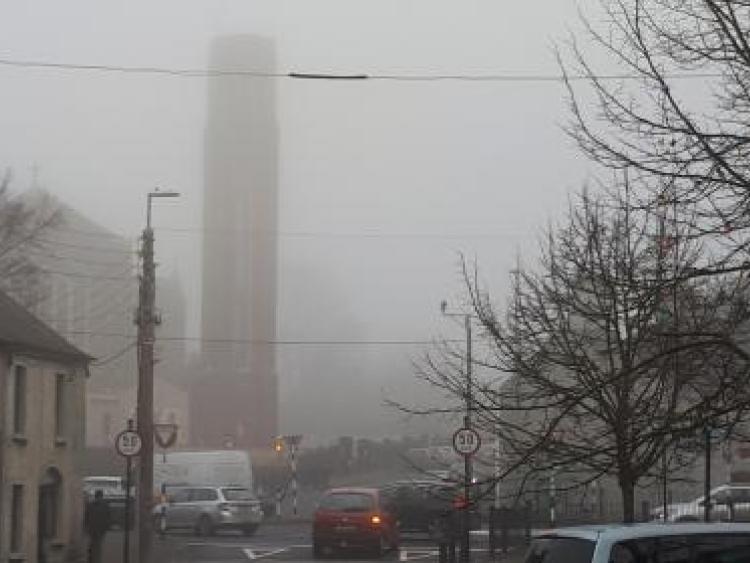 Fog has persisted through Friday in Portlaoise and is set to thicken and linger into Saturday.

Motorists are urged to be alert as dense fog envelopes the country which has also caused Met Éireann to issue a fog weather warning.

The national forecaster states that there will be dense fog in many areas on Friday evening and night.

The warning is in place from 4pm on Friday until 10 am on Saturday.

The forecast says the fog will lead to hazardous driving conditions.

Met Éireann adds that temperatures will drop back to freezing, giving some frost and a risk of ice on roads. Lowest temperatures of 0 to 3 degrees, in near calm conditions.

The AA is advising motorists to drive with extra care, using fog lights, but don't forget to turn them off when they're no longer needed.

A lot of dry weather across the country this evening. Patches of mist and fog will thicken after dark, especially in parts of the midlands. Scattered showers in the southwest will spread eastwards across Munster and into south Leinster. pic.twitter.com/N07VeGlZHC

Warning now in place for whole country & it's especially foggy in Cork City at the moment. Use fog lights where necessary (but turn them off afterwards). Updates at https://t.co/PSzIBsvOzE pic.twitter.com/Re0BqoRTN8