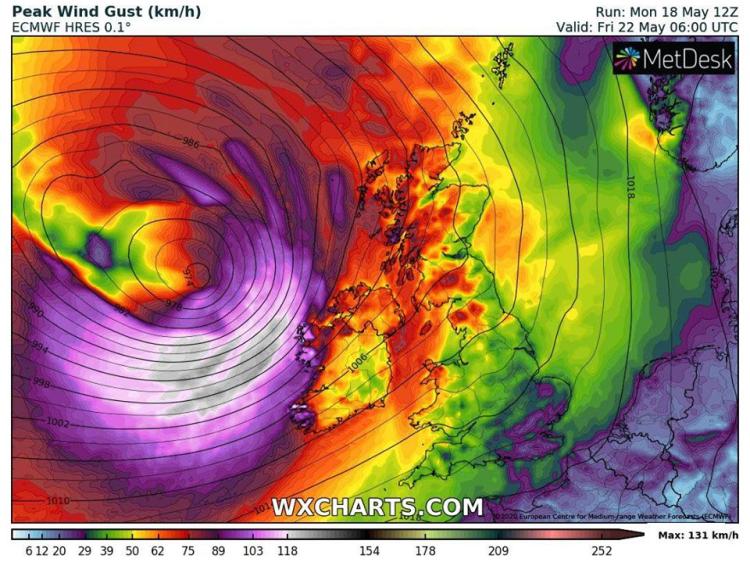 There will be "heavy showers and very strong winds" this week as a storm front passes Ireland, says forecaster Alan O'Reilly.

According to www.carlowweather.com, there is still some uncertainty regarding Thursday and Friday but it looks likely the storm centre will track further Northwest than charts originally suggested.

Alan added: "Thursday looks mainly dry and sunny during daylight hours but wet and windy weather will arrive later in the evening.

"Friday looks very windy with a mix of sunny spells and heavy showers and very strong winds. The strongest winds look likely to be in the Northwest but track and details of storm remain subject to change.

"However total rainfall up to midday Friday across three different models would only be enough to keep the dust down in the South East."