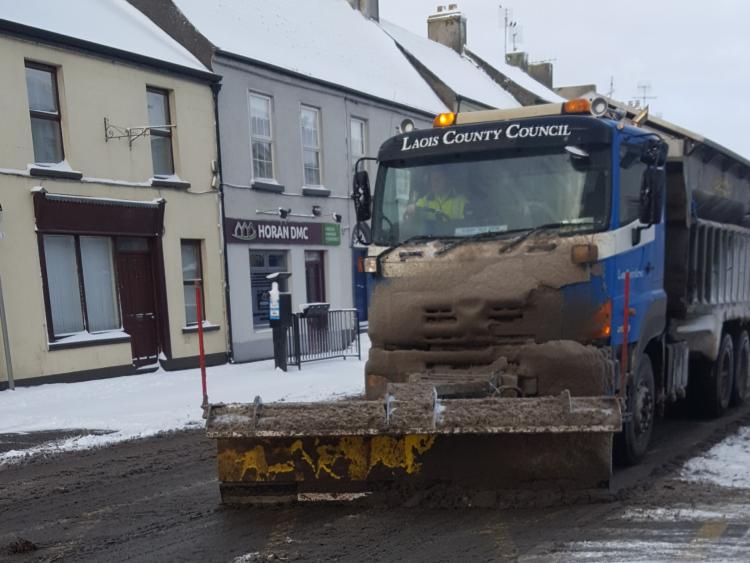 Met Éireann has put Ireland on notice of wintry weather featuring snow, sleet, frost and ice due to blast of polar air which is due to sweep down over Ireland this week and lasting through the weekend at least.

The forecaster issued Weather Advisory for Ireland on Tuesday, January 19 for cold weather to set in from Wednesday.

The advisor says it will turn colder from Wednesday with weather conditions becoming increasingly wintry for the rest of the week. It says there will be a risk of frost and icy conditions, with falls of sleet or snow at times.

Met Éireann says Weather Advisories are issued up to about a week ahead to provide early information on potentially hazardous weather.

The origin of the cold weather lies in a so-called sudden stratospheric event which happened in 2018 when similar conditions led to the Beast from the East and Strom Emma. It is uncertain whether the 2021 version will lead to similar severe conditions.

Met Éireann has also outlined what conditions to expect in the coming days in its forecast to the weekend. The summary says it will turn colder for the rest of the week with widespread frosts at nights. There will be showers of rain, sleet and hail but good sunny spells also. MORE DETAILS BELOW TWEETS.

Here is our 10 day Atlantic Chart, showing the pressure and precipitation forecast in 6 hour intervals.https://t.co/9Giuj4CR5mhttps://t.co/9gKN6SVok4 pic.twitter.com/7ABOLOlSIN

All current warnings see here, please click on tab for warnings for that day :https://t.co/Xg3aMJlyuS pic.twitter.com/3u0otJ94hm

NATIONAL FORECAST issued by Met Éireann at 11.22 am on January 19

WEDNESDAY Rain will become confined to the east and south where it may be heavy for a time near southeastern coasts. The western half of the country will become bright with scattered wintry showers of rain or sleet. Remaining cloudy in the east as rain lingers in Leinster, turning to sleet or snow at times in the afternoon. Highest temperatures of 3 to 6 degrees with a moderate northwest breeze.

Rain along eastern coasts at first, with some sleet and snow on high ground in the Irish Sea. Scattered blustery showers, mainly in the western half of the country will also turn wintry at times overnight. A frost will set in with good clear spells and lowest temperatures of -2 to +2 degrees in a light to moderate westerly wind, fresher on western and southern coasts.

Thursday: A cool day with good sunny spells. Widespread showers over the western half of the country, more scattered further east will bring a risk of hail and some wintry falls. Highest temperatures of 4 to 7 degrees in mainly moderate westerly winds.

Friday: Good sunny spells generally, but staying cloudier in the south. Showers most frequent along Atlantic coastal counties with well-scattered showers further inland. Highest temperatures of 3 to 6 degrees in light or near calm conditions. Turning very cold through the evening with a widespread frost setting in. Showers will continue in the northwest overnight. Lowest temperatures of -4 to -1 degrees in light breezes allowing fog to develop.

Weekend: Remaining cold over the weekend with sunny spells and scattered showers with wintry falls. Highest temperatures ranging from 2 to 6 degrees. Widespread frost both nights with temperatures dropping to -4 degrees in places.

Read also: MET ÉIREANN REPORT ON THE SIMILARITIES TO THE BEAST FROM THE EAST