Live streaming not ruled out 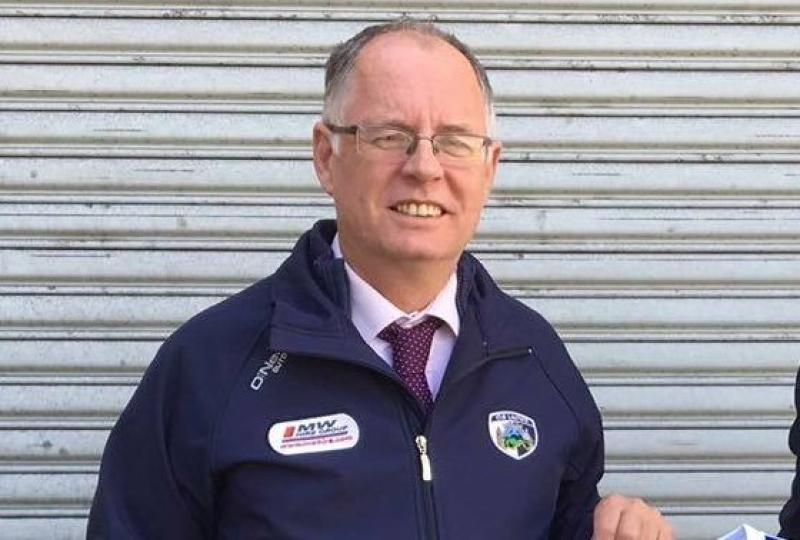 Laois GAA chairman Peter O'Neill has expressed his hope that more than 500 people will be able to attend Laois GAA club games starting at the end of July.

Speaking on 'The Inside Line' on Midlands 103 earlier today, the O' Moore County chief felt that given the size of the stadium at their disposal, social distancing could be easily maintained between the terrace and the stand for more than 500 people.

As things stand, from July 20 crowds of 500 can attend outside events but as O'Neill explained, there are a lot of people and groups to consider when working out attendances before spectators are taken into consideration.

“With a double header you are talking about 200 when it comes to the teams plus backroom people, then you have to put in stewards, gate people, referees, linesmen and umpires and then County Board officials.

“What ever about the 500 people but if it is 200 (that can attend), there will be no supporters at the match.”

O'Neill went on to explain that counties will come into financial trouble if they can't get a decent crowd through the gates to club games.

“A big match in O'Moore Park is very welcome but you get a very small percentage out of it and you have to pay all your costs out of that.”

Another hot topic as of late has been the possibility of live streaming games where people can pay to get a live stream of club games.

Westmeath GAA have confirmed that they will carry live streams but the Laois GAA view is that they are considering it but they would rather get more people through the gates keep providing their highlight service.

“We have (considered it). Our PRO Paul Dargan has been working with that but our preference would be to have people at the matches and to stream highlights.

“We have being doing that for the last number of years with Michael Egan who had Laois TV. All our matches are videoed anyway and a lot of them were been shown as highlights.

“Streaming them for pay, we might have to go down that road but my preference would be that the attendances would be increased.

“We haven't massive attendances at matches. The whole way up to the semi final stage, you wouldn't get any more than 1500 people at games. Semi finals probably 2,500 people and the finals around 4,000 within a stadium of 25,000 capacity.”

O'Neill admitted that these are challenging times but that Laois GAA will follow the guidelines set out to the letter of the law.

“Things are changing on a daily basis and hopefully for the better. You never know what will happen around the corner but we will comply completely with the health restrictions and everything that is put in place but when you look at pictures from Facebook of what was going on in Dame Street (in Dublin) last night, it throws everything in the face of everything.

“You are allowed 50 people into a church and there was probably two or three thousand people on top of each other on Dame Street last night. It was a disgrace.”