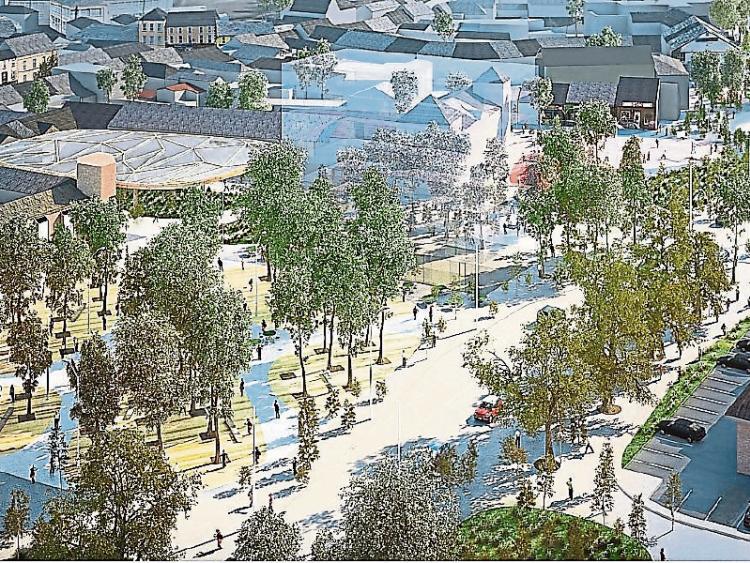 April began with a reassurance from Laois Offaly Garda Chief John Scanlon that the public could have trust in their local police and in the Garda Siochana head.

He spoke after revelations over drink driving breath tests and wrongful prosecutions of motoring offences.

“They should not have any fears in relation to the integrity and honesty of the Gardaí attached to the Laois-Offaly division,” the Chief Supt said.

There were good signs for Portlaoise hospital when two consultant obstetricians and two neonatologists were appointed, linked with the Coombe. Two temporary ED consultants also came on board, two new radiologists, were sought, and two MAU doctors promised, all welcomed by Minister Flanagan who said “the hospital remains my priority”.

An African man ran riot with a metal bar in Portlaoise, smashing the windows of his council flat and terrifying the public.

Gardaí used pepper spray and batons to arrest him. He was understood to have had mental health issues, and spent days fter the incident sleeping rough in the town.

A grand plan was launched for the future of Portlaoise up to 2040, to “stitch” the town back together, between the old and new sides, partly by pedestrianising Lyster Square with an underground carpark.

Traders however feared it could end their businesses.

A man was stabbed on the street after he caught the attention of a person waiting in court to have his case heard.

The victim had just been released from Portlaoise prison campus.

The population of Laois was announced as 84,697, up by 5.1 percent over the previous five years, faster than the national average of 3.8 percent, from Census 2016.

Laois citizens are younger than average, with the average age being 35.6, compared to the national average of 37.4.

There was fresh hope for Laois Cystic Fibrosis patients with a deal agreed by the government to buy Orkambi.

Our Duke won the Irish Grand National, with big celebrations by the Laois owners, the Cooper family syndicate from Coolrain.

The Irish Prison Service confirmed that it would start building a new high security wing at the start of 2019, and an upgrade of facilities in the meantime.

The number of patients on trollies in Portlaoise hospital hit a ten year high in March, at 358, over six times greater than the 56 recorded in 2006.

A Rosenallis U-16 hurler was hit unconscious with a hurl during a game against Clonaslee, and brought by ambulance to hospital.