Debbie brings Slimming World to Urlingford after success in Abbeyleix 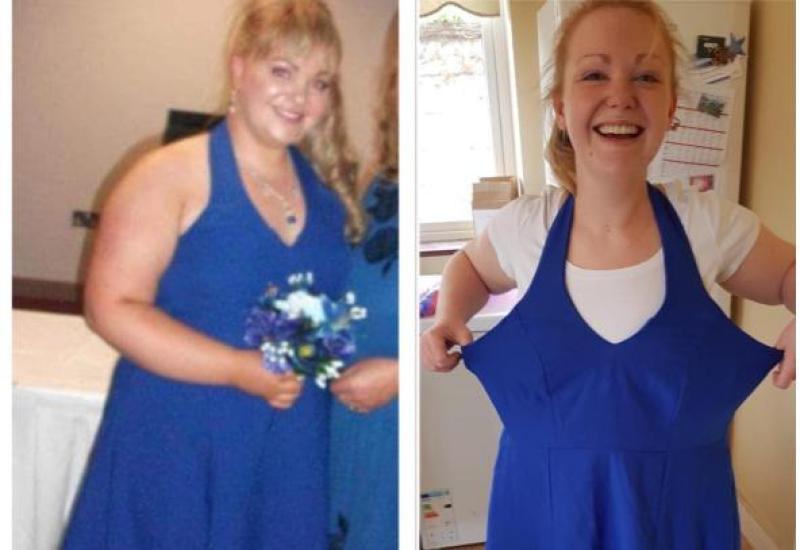 Debbie has lost an impressive 3 stone 4 and a half lb after having struggled with her weight and trying all the quick fads that promised fast results she had all but given up!

Having had her weight increase rapidly after an illness, it became a struggle to cook and she found herself turning to fast foods and takeaways.

"In July 2012 I was diagnosed with Carpel Tunnel Syndrome and was in such constant pain I couldn't face into focusing on trying to be fit and healthy," Debbie recalls.

She slipped into the bad habits and started to feel trapped as she didn’t even want to leave the house, it became her safe haven. With the prospect of a surgery to get relief from the Carpel Tunnel Syndrome it filled her with dread that the pounds would continue to rise uncontrollably, she knew she would have to find a way to get her weight under control in a way she could maintain along with life and surgery recovery.

Debbie was at an all-time low and feeling desperate.

Debbie had heard great things about a new Slimming club in Abbeyleix from some of her friends who were delighted with their results. The plan sounded too good to be true, and something that could be easy to follow and stick to for life.

"Unfortunately with work, I couldn't make any local groups put it off for even longer. When my cousin asked me to be her maid of in July 2014 it was the final push I needed to get me through the doors" Debbie says.

"When a new group opened in Abbeyleix in September 2014, Debbie decided to bite the bullet and join up. She joined during one of Slimming World's 'bring a friend get a free week offer' and bagged her aunty a free week also.

"When Carmel my consultant explained the plan during her new member talk I was blown away by all the food I could eat and still lose weight, all I had to do was adjustments to the way I cooked my food, but I was delighted to hear I could still enjoy potatoes and pasta which I loved. I couldn’t wait to get home and start planning all my recipes for the week” Debbie’s  eyes lit up when she told us this.

The plan fitted perfectly into Debbie's life and she loved that she never felt hungry. She was quickly learning how to shop and cook differently, but still able to enjoy her old meals (burgers and chips, taco chips), which she introduced to her boyfriend Keith, who also loved what he was eating, Morrocan meatballs and spicy chicken tray bake.

By waiting until there was a group she could attend every week she was able to get the most out of her time in the group every week.

"Group became my time each week and I always left feeling really prepared for the week ahead, as there was so much sharing of recipes and some great tips, I loved all the support that I received from my fellow slimmers. We also had fun every week and I felt like I was part of a big family who was rooting for me every week,” she said.

Having reached the target in September 2016 in a few months she went on to lower her target and achieved it in July 2017.

"When I reached my final target I finally feel like I had achieved what I thought I could never do."

Having spent the last three and a half years living life to the full while enjoying her new healthy lifestyle, Debbie now feels so confident in herself, she has a new outlook on life and she feels happy and content.

She loves Slimming World so much that she has now decided to peruse a new career as a Slimming World consultant herself. She feels so excited to share her expertise and love of the plan to everyone.

She will open a new group in Urlingford on January 2018. She would like to invite anyone who feels they would like to lose some weight to come along on the 4th to hear all the fabulous foods you can eat and then you can decide for yourself.

“I can’t wait to help and inspire people to lose weight and feel great about themselves because I know it works,” Debbie smiles with a twinkle in her eye.