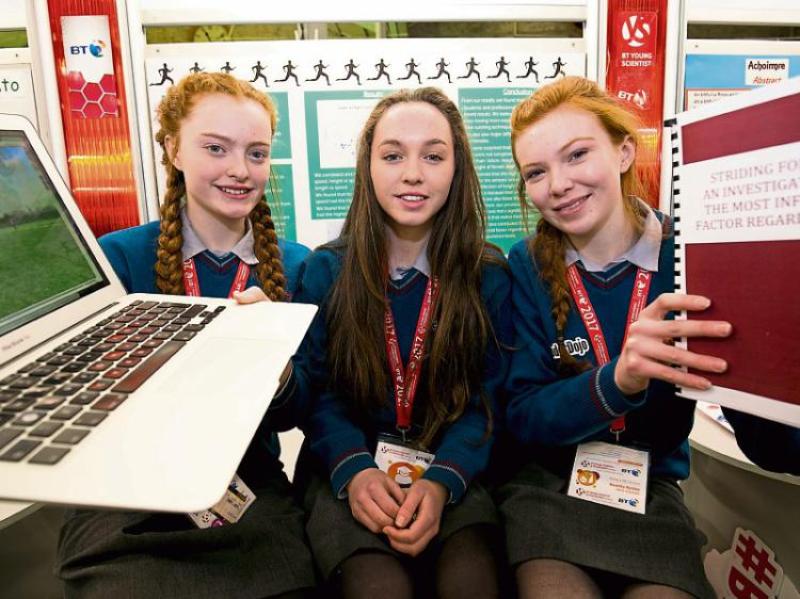 Just one out of the nine main secondary schools in Laois has made it to the 2018 BT Young Scientists Exhibition, but they have done it in spades, with no less than six projects in the prestigious exhibition.

Heywood Community School, a co-ed secondary outside Ballinkill village, is hoping to bring home awards from the exhibition in the RDS this January.

"We are very proud of our students and wish them the best of luck at the exhibition. As ever these achievements would not have been possible without the fantastic efforts and support of the school's Science Department teachers who have outdone themselves this year in their efforts to promote engagement in Science in the school," he said.

Last May he introduced the SciFest fair to the school, a similar fair that differs by including every science student in a project exhibition.

“A lot of our success this year, with six projects qualifying, is a result of the enthusiasm generated last year through the introduction of the Scifest@school competition, which was enormously successful. This year we are in the middle of preparing for a similar competition to be held in March, with the top projects going forward to the Scifest@college competition in IT Carlow later in the year,” he told the Leinster Express.

The Young Scientist competition has even inspired some Heywood students to continue projects at third level he said.

“It represents, for us, an opportunity to develop our students further by engaging them in meaningful, self-guided research while developing skills vital to their success in the future such as teamwork, project management, communication and presentation. Many of the projects we have worked on in the past have provided students with the skills and experience necessary to effectively undertake projects in third level," Mr O'Suilleabháin said.

Heywood's Transition Year students will be bussing it up the the RDS to support their colleagues and enjoy the massive exhibition, which runs from Wednesday January 10 to Saturday January 13. In total 550 projects will be displayed from all over Ireland.

"They will also gain an insight into developing their own projects for the more local events in the future. So there is plenty of opportunity and enthusiasm at the moment for Science in Heywood, the science co-ordinator said.

Only one Laois school has made it to the 2018 Young Scientists.

Ten Heywood projects were chosen for the exhibition in recent years, with several awards.

Last year two projects made it through, the first by Ruth Bergin and Maeve Weston, and another by the three person team of Sarah McMahon, Jessica Barrett and Florianna Mezzapelle, who are through again this year with another project, building on their previous study of running speeds.

Project Title: Need for Speed:an Investigation Into The Effect Competition Has On Your Speed When Sprinting. Ref. No: 3123 Category: Chemical, Physical & Mathematical Sciences

Project Title: See What I’m Saying? An Investigation Into The McGurk Effect, and Its Correlation With The Learning Methods of Irish Teenagers. Ref. No: 3773. Category: Social and Behavioural Sciences

Project Title: Is Text Writing and Phrasing Killing Ability To Use The English Language Correctly?