Laois rent prices are rising but lower than Dublin, Kildare, Wicklow and Meath 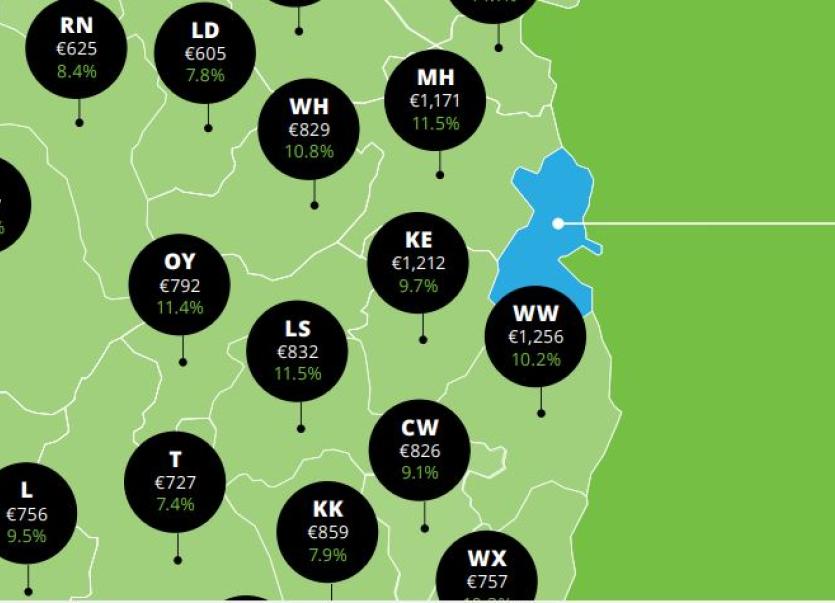 Laois rent prices are rising but lower than Dublin, Kildare, Wicklow and Meath

The cost of renting properties in Laois were on average 11.5% higher in the final three months of 2017 than a year previously.

The average advertised rent in Laois is now €832 per month, up 65% from its lowest point.

These statistics are the latest findings in a report on the last quarter of 2017 carried out by Daft.ie.

On Monday, February 12 there was a total of 16 properties for rent in Portlaoise on Daft.ie, there was six in Portarlington and one property for rent in Mountmellick.

The average price of rent for the Portlaoise properties was €917, the average cost in Portarlington was €954 and a four bedroom house in Mountmellick was the only property available to rent in the town at €850 per month.

The average cost of rent across these properties was €926 including the one in Mountmellick, many of these were three and four bedroom houses. Two of them were apartments.

Of the 16 properties for rent in Portlaoise on Monday, February 12, seven of them were apartments and the remaining nine were three or four bedroom houses in different areas across the town.

Some of the areas of Portalaoise with four bedroom houses to rent included Kilminchy, Garden Village, and the Borris Road.

The apartments available in Portlaoise were in Stradbrook, Parkside and the Borris Road.

In Portarlington, there was six properties advertised for rent on Monday.

The average advertised asking price for rent across the six properties was €954.

The average advertised rent prices across all areas of Laois on Monday was €932.

This is €100 higher than Daft.ie figure given for the average advertised rent in Laois in the final quarter of 2017.

Most of the other major cities saw similar changes in rents during 2017.

The average monthly rent nationwide during the final quarter of 2017 was €1,227, the seventh quarter in a row a new all-time high has been set.