New Portlaoise library is going ahead at estimated cost of €3.4 million 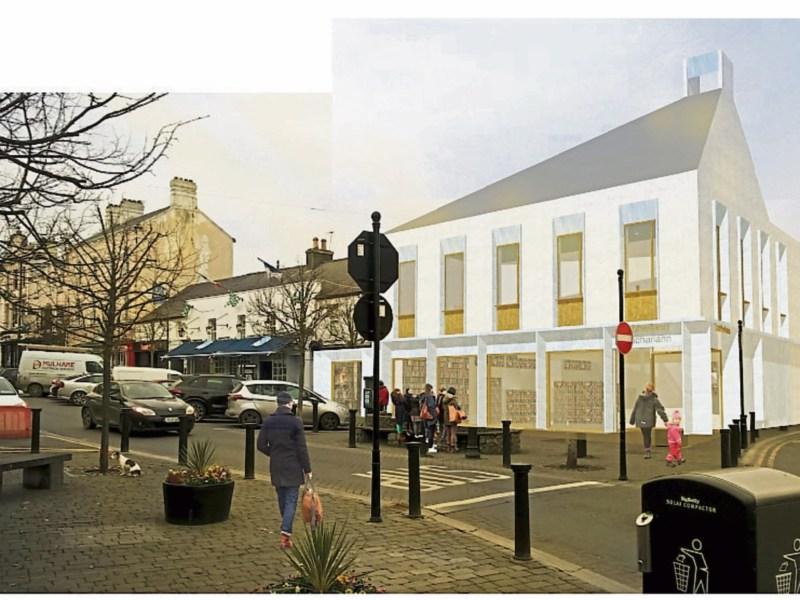 The stalled plan for a new state of the art library in Portlaoise is back on track, with Laois County Council now preparing to put the job out for tenders.

The library will be built on lower Main Street, on the site of the old Shaws department store, which will be demolished to make way for it.

The council estimates the job to cost €3.4 million, plus VAT, reluctantly revealed at a councillor's request at the May council meeting. The job is yet to be priced by contractors.

€1.65 million of the cost is covered by a government grant.

The site was bought by Laois County Council in 2013 for €450,000, but this is not included in the estimated construction price, because “quite a proportion of that has been paid off,” according to the Director of Services Donal Brennan.

“Inflation is rising and we believe the best time is now. the fit out with new books will be an extra cost and we will look for extra money for that. We will break it down into sums we can afford,” Mr Brennan said.

The library plan was put on hold by the CEO in March 2017, after councillors reacted with shock that the overall cost, including the site, the fit-out and books, had risen from €3.2million to €5 million.

At that time the CEO John Mulholland said the project would not proceed without more grant aid.

"It leaves too big a hole in this council. A big decision needs to be made before it goes to tender, because that indicates it is going ahead. The cost of €3.2m is from a different era when the schedule of prices was somewhat lower,"he had said.

The council is now confident that a second government grant will be awarded.

“We have every reason to expect further financial support. It has the capacity to proceed, and the best value around can be procured through the fixed price process,” Mr Brennan said at the May council meeting this week.

Cllr Willie Aird from Portlaoise had tabled a motion asking for the budget of the new library.

“I want assurance that this will not turn into a runaway train. If we are strangled with a project costing a huge amount, everything else suffers in the county,” he said.

High spec in library
Portlaoise architects McCarthy O'Hora have designed the new county library as a modern three storey building.
The existing old shop will be knocked, in what is seen as the most cost effective solution.

The new building will be extended into its carpark, rising to three stories in sections, to cover 1,500 square metres.

There will also be an IT section, and a small sculpture/ reading garden at the rear.
The library is hoped to restore some footfall to Portlaoise Main Street, while also tackling the problem of derelict empty buildings.