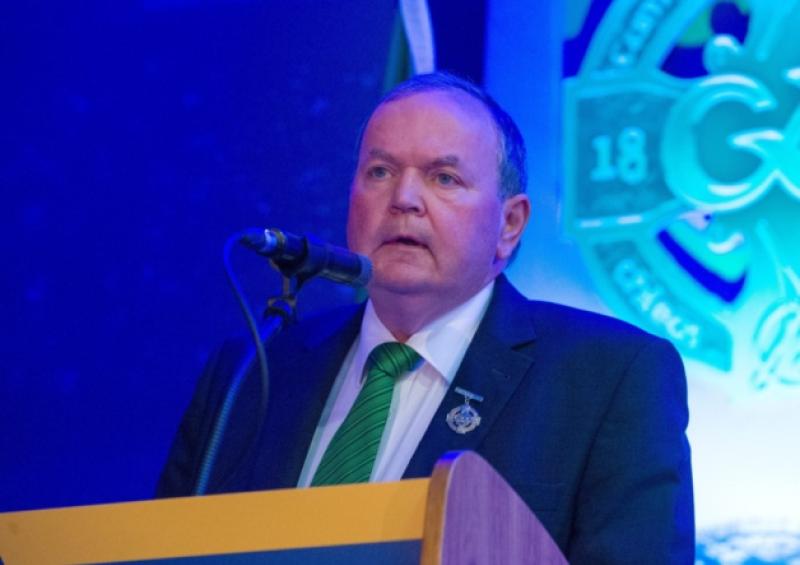 Liam O'Neill who was President of the GAA from 2012 to 2015, is retiring from his post as principal of Gaelscoil Thromaire in Laois after 41 years.

Former GAA President Liam O'Neill from Laois has announced his retirement from teaching after 41 years.

The principal of Gaelscoil Thromaire near Mountrath will close the doors of his single room school for the last time on June 22.

His decision came just as funding was agreed by the Department of Education to build a brand new school building, replacing a 117 year old building and one prefab. Read more here.

"This is not just a new school, a school anchors a community. Our hurling club gives it recognition, but the fact that the department has endorsed what we are doing, is a vote of confidence in the community of Trumera. I can't tell you how old people have reacted here. For me, for my family, friends and neighbours, I couldn't tell you the joy," he said to the Leinster Express.

He said the school building is the oldest in Ireland to still operate as a school without extensive refurbishment.

"it was well overdue, we are not getting anything we are not entitled to. It was a long process. When I came back from the GAA post I looked at it and said we deserve better. The Board of Management has spent over three years at this, they have been fantastic as has Fr Hennessy," he said.

His retirement ends an incredible 101 continuous record of teaching service by the O'Neill family to the school in Trumera, apart from the three years when Liam took time out to serve as GAA President from 2012 to 2015. His grandaunt Lil taught from 1911 to 1955. His father Liam (Billy) from 1941 to 1981, and Liam from 1981 to the present.

Gaelscoil Thromaire teaches 36 boys and girls who come from a wide catchment to learn through Irish in a uniquely small parish school setting. Liam O'Neill expects that the new building, going on a 2 acre site beside the hurling club and community hall, will be able to take more pupils.

Making the month even more momentous, his wife Áine O'Neill has also taken the decision to retire as principal of St Fergal's College in Rathdowney after 15 years.

"We have no plans as yet, just to get used to not working, take a rest and continue to support our community," said Liam O'Neill who is aged 62.

The couple have three children established in their own careers so the family teaching tradition will be broken at last in Trumera.

"It is new era. A new principal will be appointed to build on what we have done and take the school to a different level, with my colleagues Fiona ní Bhaoill and Marie ní Mhuirí," Liam O'Neill said.