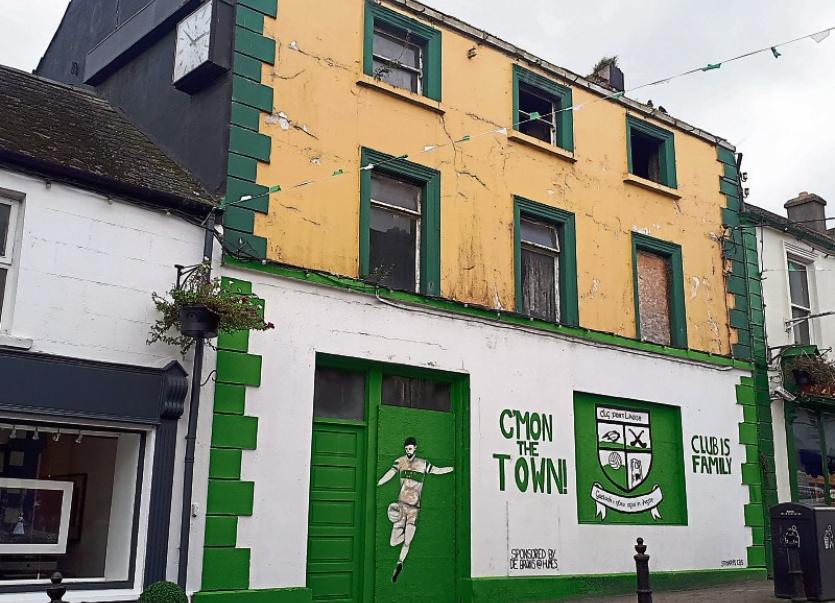 A derelict old hotel on Portlaoise Main Street is set to be transformed by its new owner, Laois County Council.

The County Hotel in Portlaoise, where many the Laois couple had their first dance, is to be converted into council housing units.

The landmark site closed down over 24 years ago, and with several fires and a flooding since, it now lies derelict. Just a cheery Portlaoise GAA mural painted by CBS students brightens it up.

A long drawn-out complicated deal to buy the hotel was begun by Laois County Council last year and is now almost complete.

The CEO of Laois County Council John Mulholland announced last September that contracts had been exchanged. The council now expects the deal to be finally complete by the end of June.

Laois Director of Services over Housing Gerry Murphy told the Leinster Express this week about their hopes for the old hotel.

"It can accommodate seven units. We have consultants employed looking at that. We expect to have images of their designs in the next two to three months," he said.

The hotel stretches back from the main street on a narrow site with only pedestrian access from the front.

"It is a confined site. But at the same time, it is derelict and that is a problem," said Mr Murphy.

The council will not confirm how much it is paying for the hotel until the deal is complete.

The council had initially begun preparing a Compulsory Purchase Order to force a sale on the owner, who is understood to live in the UK. An agreement was subsequently struck.

The plan is in line with Laois County Council's aim to provide new council housing while at the same time solve dereliction and town centre degeneration, with the money coming from government.

Across the road from the hotel, the council is planning to convert another landmark Main Street building it has bought. The old Shaws store will become into a new county library, at an estimated  price of €3.9 million including the site purchase.

Below: Portlaoise fire crew battle a fire at the County Hotel in 2015. Pic: Leinster Express. 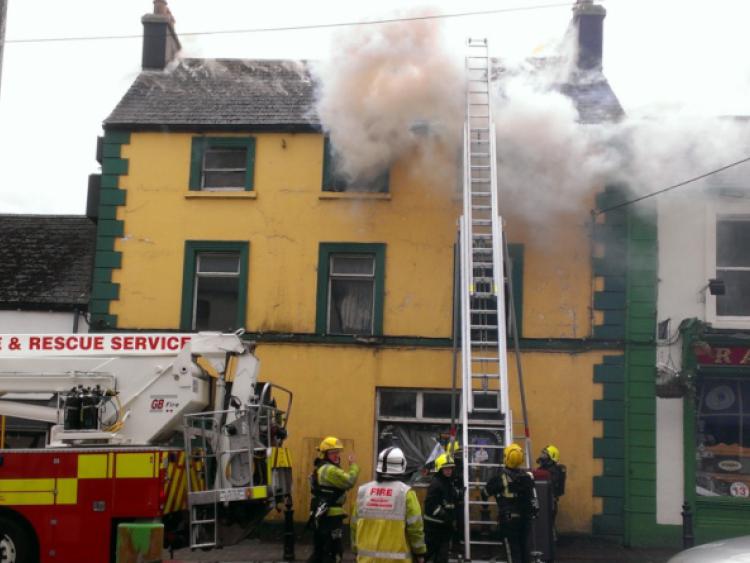