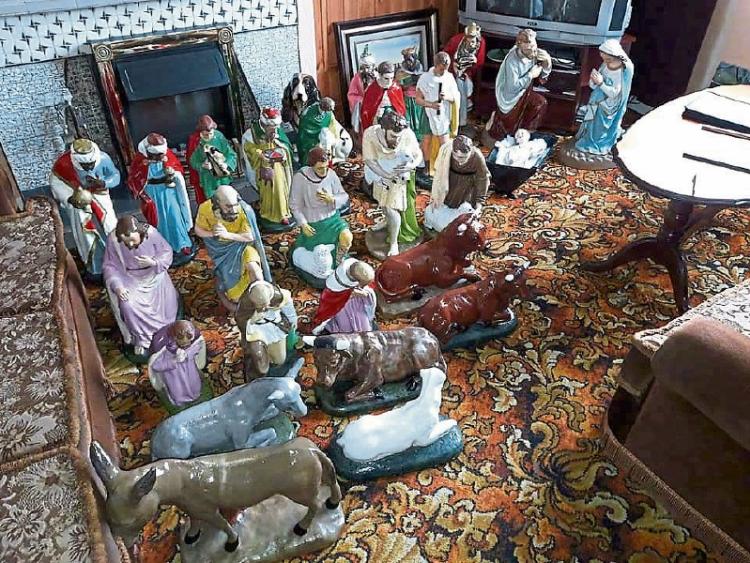 The Christmas Tree nativity scene is looking good as new in Mountmellick, Laois this year thanks to the dedication of an 88 year old many who embodies the spirit of Christmas in the town.

Brian Lynch is on the committee of the town's famous Christmas tree since it first started 62 years ago.

Last Christmas 2017, four of the nativity statues in the large crib under the tree, were smashed when someone fell through the wire mesh protecting it.

Brian, a talented painter and decorator in his day, painstakingly glued them back together, then gave every figure a careful fresh coat of paint, filling his house with them for three weeks.

“It was too cold to paint them in the shed, the paint wouldn't dry. It was just me and them in the house. Some of them are 60 years old and they are as delicate as eggs so I have to fix them every year,” he told the Leinster Express. 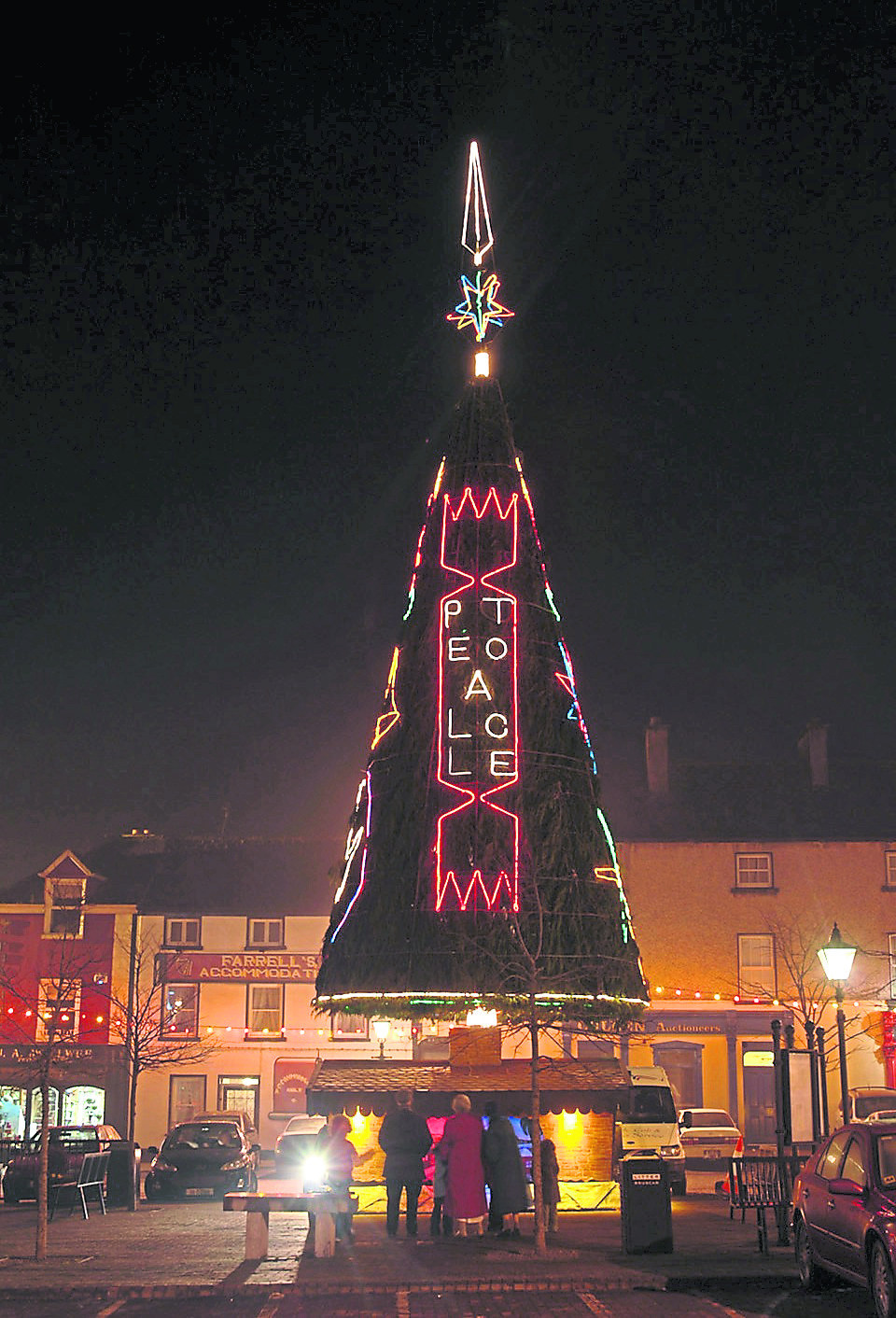 Brian and his committee also ensure that every schoolchild in the parish gets a free gift from Santa.

Last Sunday, once again some 600 wrapped gifts were given out to kids from five primary schools, St Joseph's, Scoil Phadraig, The Rock, St Paul's, and Clonaghadoo, by Santa in the Arts Centre Hall. 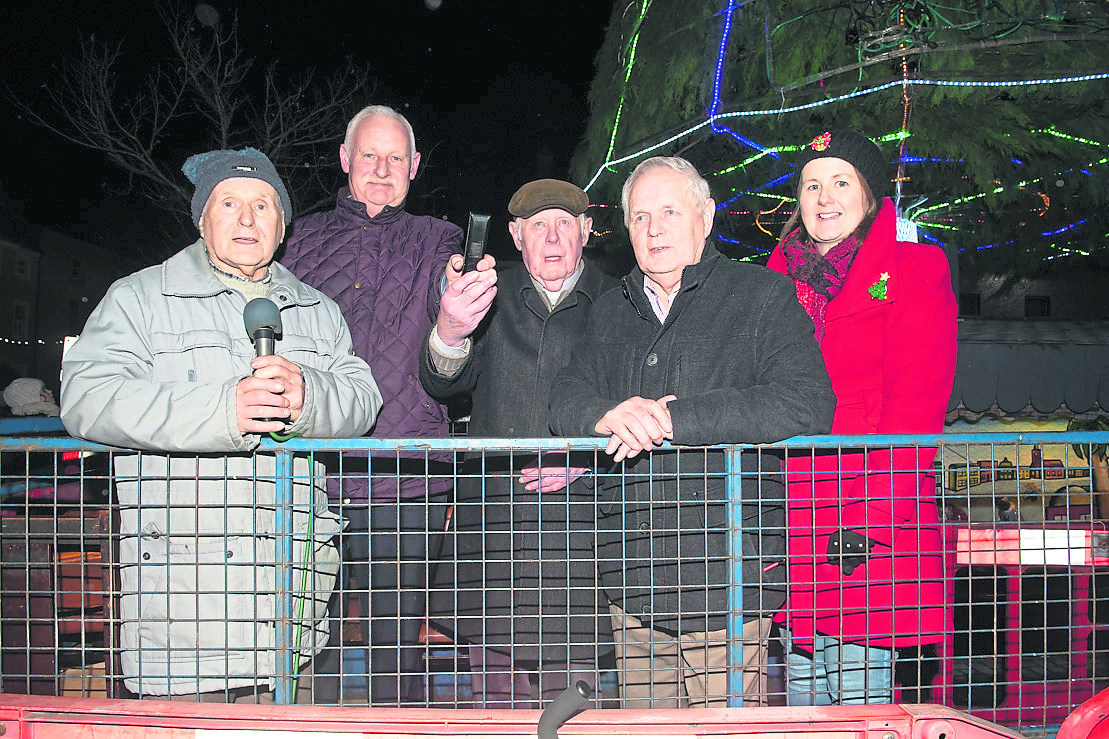 Mr Lynch wants to let elderly people know that they are also not forgotten.

He oversees the gifting of free fuel to old age pensioners in the town. Bales of briquettes are delivered to about 60 people by a local fuel provider, available on request and in confidence to the committee.

The cost of the gifts and fuel all comes from public local collections held by the committee.

Below: a restored figure from the crib. 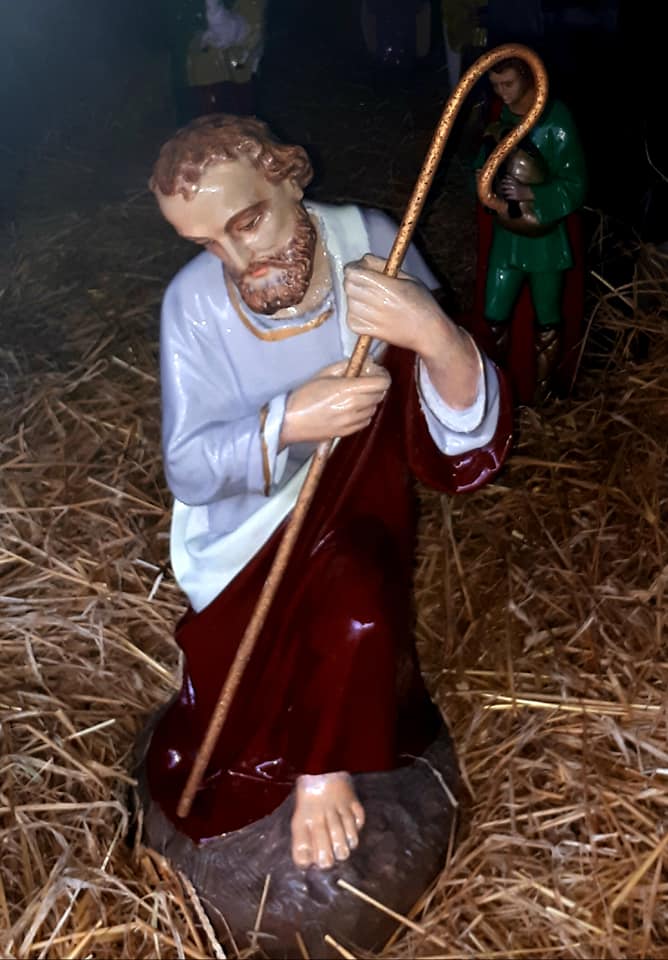 Mr Lynch has no intention of retiring from his Christmas duties.

“It's there to be done and you just do it. Occupation is therapy,” he said.

His goddaughter Cathy Bishop praised his dedication in a fond tribute online.

“Without his inspiration and commitment to Mountmellick, we would not have the riches that come from such a heightened sense of community spirit. The man is a legend,” she said.

Below: Brian Lynch and the first Christmas tree committee. 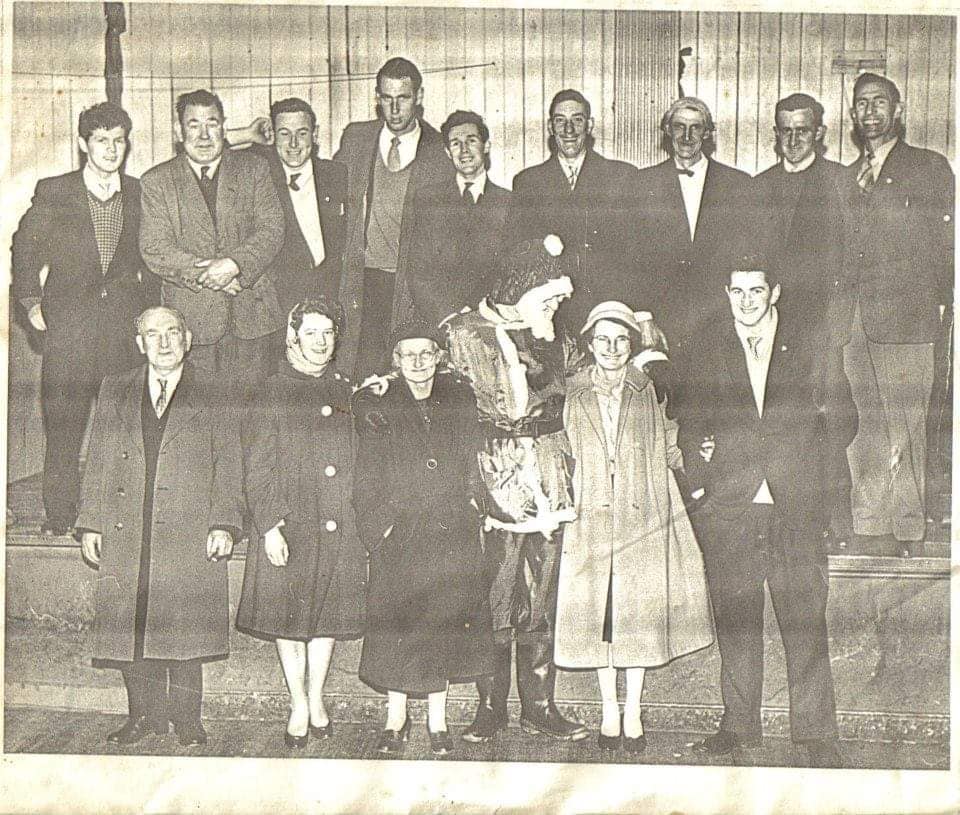