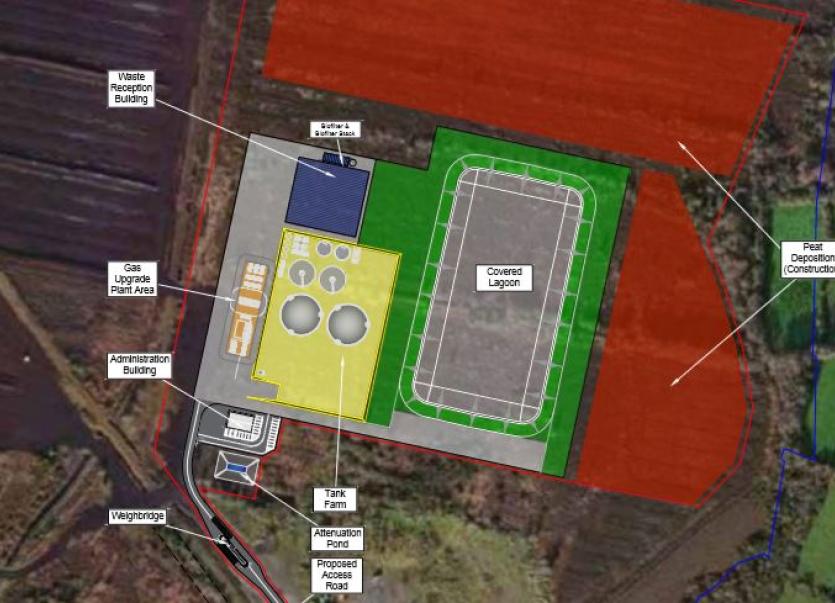 Bord na Móna’s first proposed rubbish to gas plant in Ireland that turns food waste into biogas for the national grid is being assessed for its environmental impact as part of the planning process.

Historically, the firm has been Ireland’s main peat supplier and the company is now pushing forward with plans to build its first anaerobic digester gas plant in Portlaoise that would take in 80,000 tonnes of food waste per year from its AES waste company to heat around 5,500 homes.

The proposed site for the new plant is at the Coolnamona boglands, Togher at the Mountrath Road, Portlaoise just off the Junction 18 interchange on the M7 motorway.

The Coolnamona site was chosen over another Portlaoise Togher site at the ‘Peat Works’ and a site in Tullamore because it is on the ‘main artery’ M7 motorway connecting Dublin to Cork and Limerick through Laois.

A new roundabout on the R445 just before the motorway roundabout and an upgrade to the existing access road to the site is included in the plans. See the proposed road layout below. 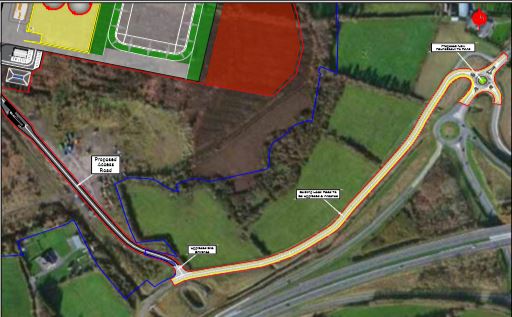 The site is located on peatlands and the peat would have the be spread within the development area to build the plant. See a picture of the site by Ordnance Survey Ireland below. 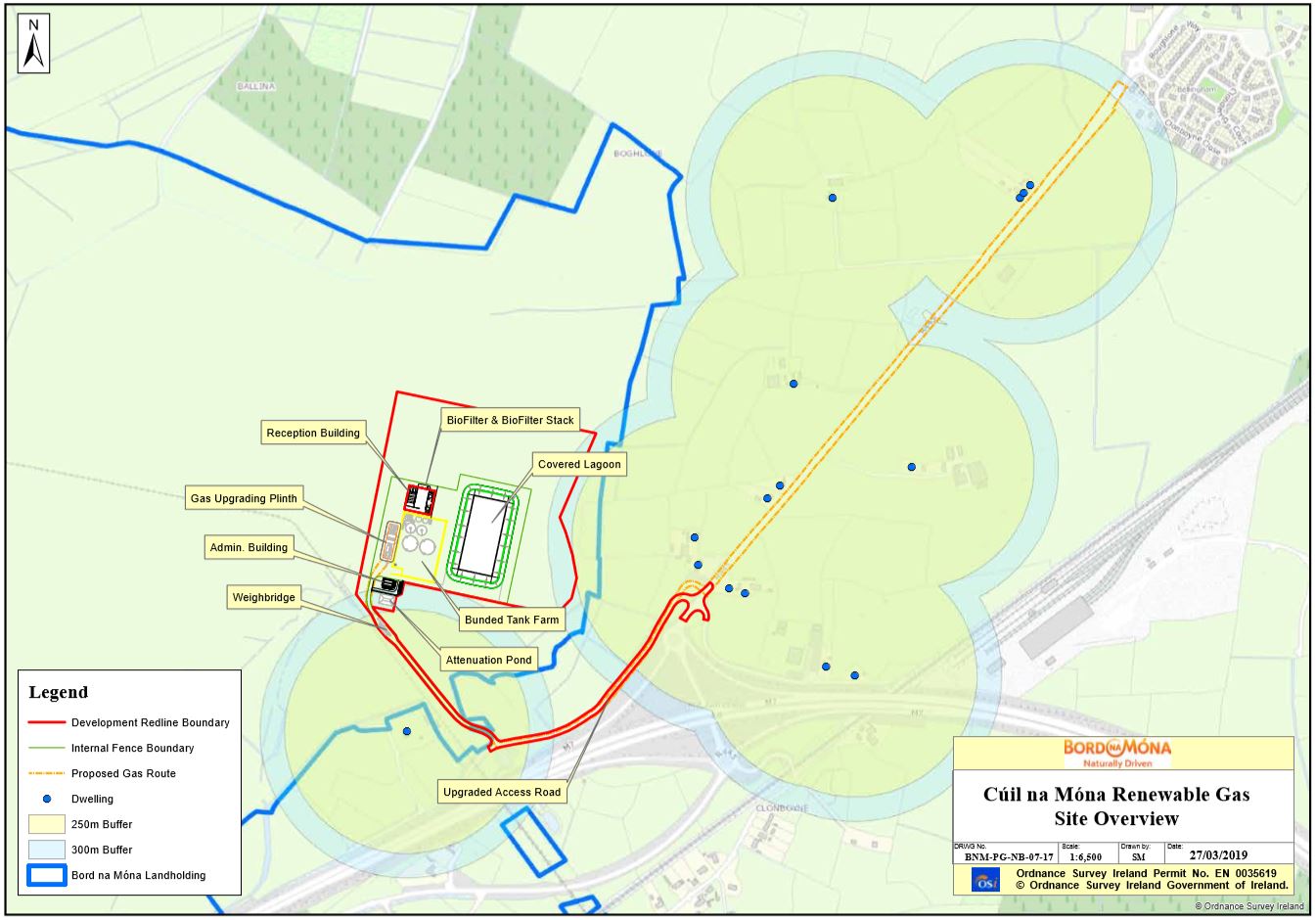 Bord na Mona held its second series of community information sessions last week and a spokesperson told the Leinster Express that the location was chosen over five or six other sites.

The spokesperson said it is in Bord na Mona and AES’ interest that this plant would take in food waste coming from a 50 - 75 kilometre radius.

It is not planned that food waste will come from Dublin as works are ongoing for a similar plant in Huntstown.

Proximity to Gas Networks Ireland (GNI) existing grid was also a factor in deciding on the location.

GNI has provisionally given its go-ahead to connect the plant to the national grid if planning is approved.

The plant takes in commercial food waste, brown bin waste, animal slurries and purpose-grown crops but any plastic, glass or grit will have to be manually removed brought to a landfill.

Between eight and 10 jobs will be created at the plant for weighing in, administration work, maintenance technicians and jobs moving and separating the waste.

It is planned that the liquid by-product, a biofertilizer, will be stored in a huge on-site container during the year and sold back to farmers at peak spreading seasons.

It is estimated that 20 deliveries from food trucks would be needed per day to feed the demand to create enough gas.
The by-product fertiliser will be stored in a container during the year for up to 39 weeks until farmers need it to spread on crops.

It is expected that during the peak spreading season 55 trucks per day could be entering and leaving the Portlaoise site.

Around 3,000 tonnes of a solid by-product is expected to be produced per year and Bord na Móna plans to use this as landfill cover at Drehid landfill in Kildare.

According to Bord na Móna there is 'no chance' of an explosion at the site because the bar pressure is considered relatively low at four bar medium pressure compared to 70 bar pressure on the main national gas lines.

The gas lines supplied by the plant would run through Portlaoise, Portarlington and into Monastrevin before branching out into other national lines.

It is proposed that odour will be controlled by enclosing food waste in skips and trailers, offloading the food into a building under negative pressure to stop smells leaving the building and a biofilter that all the air flows through so smell inside the building is ‘contained and eliminated’ there.

Natural bacteria on a specific type of woodchip eats away at the smell on the stored product at the back of the building.

Between 10 - 15% of the gas produced would be used to power the plant. The proposed development will generate biogas on a continuous basis 24 hours a day, 365 days a year.

This is due to be submitted by June this year and the planned design is 95% complete.

AES, now owned by Bord na Móna, proposed a similar scheme in Kyletalesha in 2007. But after several appeals, planning permission was refused for reasons including failure to align with waste management, planning and renewable energy policy.