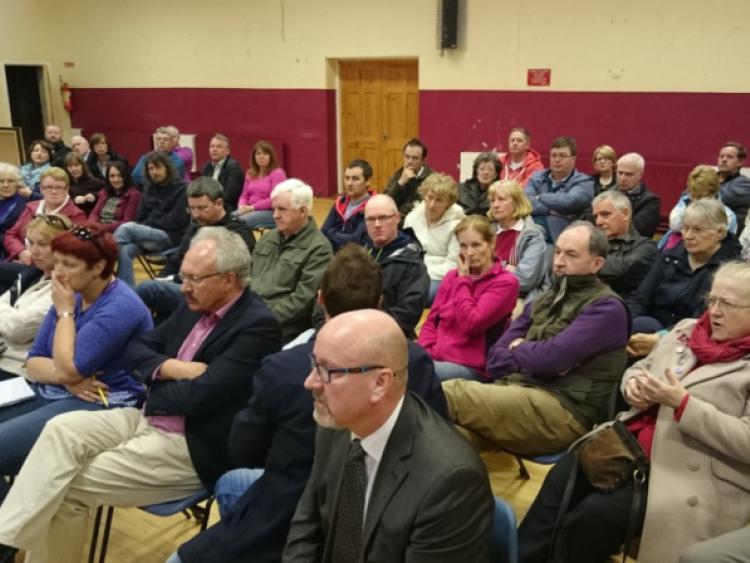 Communities around Cullenagh mountain, Coillte’s site for an 18 turbine windfarm, are being asked to dig deep to continue a legal battle to stop it.

Communities around Cullenagh mountain, Coillte’s site for an 18 turbine windfarm, are being asked to dig deep to continue a legal battle to stop it.

Households are being asked to pay €400 each, to cover the €10,000 legal costs of bringing a case to the Appeals Court, by local group People Over Wind.

“It is a big ask, but we feel very strongly that we have a good case. This judgement is appalling, it is undoing 15 years of environmental law,” said local campaigner Paula Byrne.

POW will seek judicial leave to make the appeal on June 8. The decision to battle on, after the Commercial Court rejected a recent appeal, was made at a packed meeting in Ballyroan community hall on May 11.

Householders heard details of the judgement by Justice Robert Haughton, who ruled that An Bord Pleanála can approve applications with missing information.

This included the impact on the rare Nore freshwater pearl mussel, and the environmental impact of installing a grid connection.

“We need the support of Laois County Council at the appeal, but they cannot be expected to hold back the extinction of this species alone, this is of incredible national importance, so we are asking Minister for Arts, Heritage and the Gaeltacht, Heather Humphrey for support, and calling on our government minister Charlie Flanagan to impress this upon her,” Ms Byrne said.

“I fully share and understand the frustration and fear of families that these monstrosities will be imposed on top of their homes. They won’t take it and they have my full support on all fronts. It is terrible to see families who have more to be doing with their time and their money having to dig deep again to raise more funds on top of the €50k already raised in the Cullenagh case,” he said.