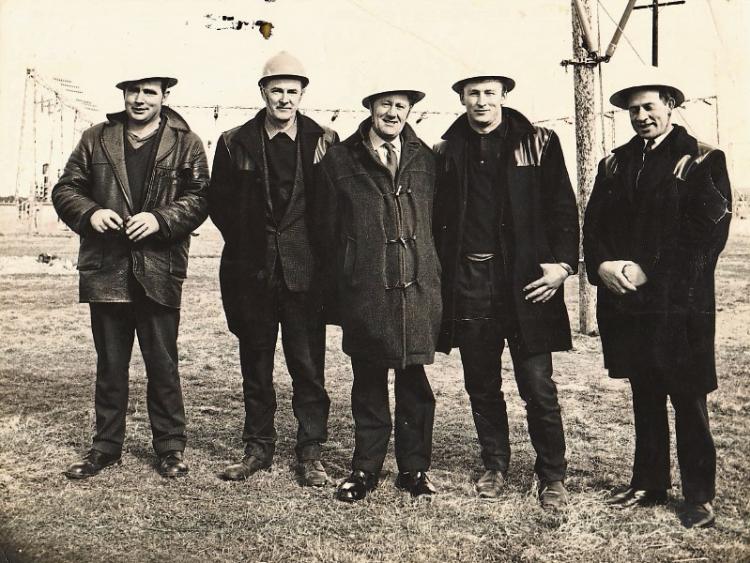 ‘Liveline’ is a word that nowadays is synonymous with the influential RTE radio programme hosted by Joe Duffy.

A half century or so ago it had a different connotation, at least in the ESB. Liveline, as its name implies, was a new system of working on electric cables without switching off the power.

The system, of course, was a valuable revenue-saver for the Board, and it was pioneered in Portlaoise by the legendry engineer/technician Sandy Wright.

A key member of his crew was Tom Connolly, of Green Road, Portlaoise. Known by many as “the gentle giant,” he died in The Regional Hospital, Portlaoise, on February 4. He was 82.

A quiet, hospitable, self-effacing and hugely popular figure, he joined the ESB as a teenager to work on the rural electrification scheme. He retired over 40 years later as a foreman line technician.

Many stories are told of Tom’s strength, of how, for example, he could carry a pole on his shoulders.

Then there was the time a wasp stung Tom when he was high on a pylon and his neck began to swell. To his rescue came a colleague, Paddy Bergin, who sucked out the poison and who, as a result, had himself to receive medical treatment. Tom ensured that his crew were well-fed. And at home, too, it was a case of full and plenty and visitors to the Green never went away hungry.

That home, which he shared with his brothers Frank and Ned, was once in the heart of the country. Now, so to speak, Portlaoise has engulfed it.

Tom loved the countryside, particularly the nearby Rossleighan bog, where, with friends like Dick and Larry Coss, he spent happy summers saving turf.

One year they even sowed potatoes there, much to the amusement of some doubters who had to smile on the other side of their faces when a fine crop was harvested.

In his youth, Tom played football but his main interest was country pursuits and he kept dogs of various breeds.

A son of James and Frances Connolly, Tom was predeceased by his brother Frank and sister Kathleen. Mourning him are his brothers Jim, Paddy and Ned, nephews and nieces, sisters-in-law, cousins, relatives and friends.