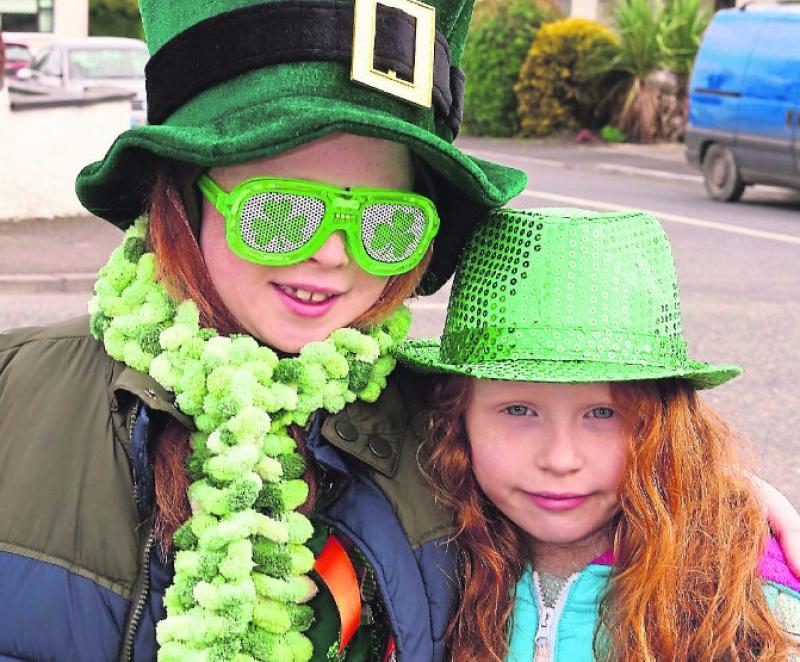 A raffle for a calf and a new Mass of St Patrick by Fr Liam Lawton are among the treats across Laois this Friday for a host of St Patrick's Day parades.

In Graiguecullen on Thursday night March 16, Fr Liam Lawton will launch his new Mass setting, sung by the combined Choirs in Graiguecullen, with Mass celebrated by Bishop Denis at 7.30pm.

On the day itself, the eyes of the nation will be on Rathdowney with RTE covering the parade, which starts from St Fergal's College at 1pm. Registration from 11.30 for €20.

It will be led by Mrs Finane, the most senior resident, through the town to Dorothy's cross and back to the square for refreshments in the Parochial Hall.

There will be face painting and a kiddies disco at 3pm, and a slide show in O'Malley’s Bar at 3.30pm of Rathdowney over the years, live music from local musicians and a raffle for an Angus Calf.

The Abbeyleix parade starts at 12.30pm. Participants will assemble at Abbey Cresent, for a parade through the main street. All are invited to come along and enjoy the fun. There is no parade in Durrow this year.

Vicarstown Parade is at 9am, Timahoe's at 10am and Stradbally Parade at 11am.

The children of the parish will play a big role in the celebrations and parades, with dancing, singing and school projects. This year the parades will tell the story of the GAA in the Parish, a great reminder of the community role of Stradbally, Timahoe and Annanough.

Rosenallis Development Association is organising the village parade, with an invite to take part with the theme of 'Past and Present'. Starting at 3.30pm, vehicles start from John's Grove, and walkers join in at the Green School.

There is an open theme for Mountrath’s parade, which will be smartly led by the Post 27 United Nations veterans.

The parade sets off at 12.30pm from St Fintan’s hurling field through the town. There is music and dancing in the square after, by Seamus Moloughney & Friends, Camross Comhaltas, and the Cosy Cafe Choir.

With prizes on offer for the best float, best band and best shopfront, all are invited to join in the celebrations.

Spink GAA is hosting their village's parade and invites all in the parish to take part. It takes place at 10.15am, after 9.30am mass in Knock, followed by entertainment and refreshments in Knock Hall.

Similarly in Ballyroan, the parade will take place straight after 9.30am Mass, through the village, including the Vintage association, the basketball club and local GAA clubs.

In Graiguecullen The parade will be led by the Killeshin Pipe Band and the Presentation School Band. The Parade starts from the town park at 11am to St Clare’s Church for 11.30am Mass, with houses en route and participants urged to to to make it as colourful a parade as possible. Parking is available in Graiguecullen G.F.C.

In Killeshin the parade assembles at the new School car park at 9.20am. and will Parade to Holy Cross Church for 10am Mass.