Laois has third highest rate of rent increase in the country 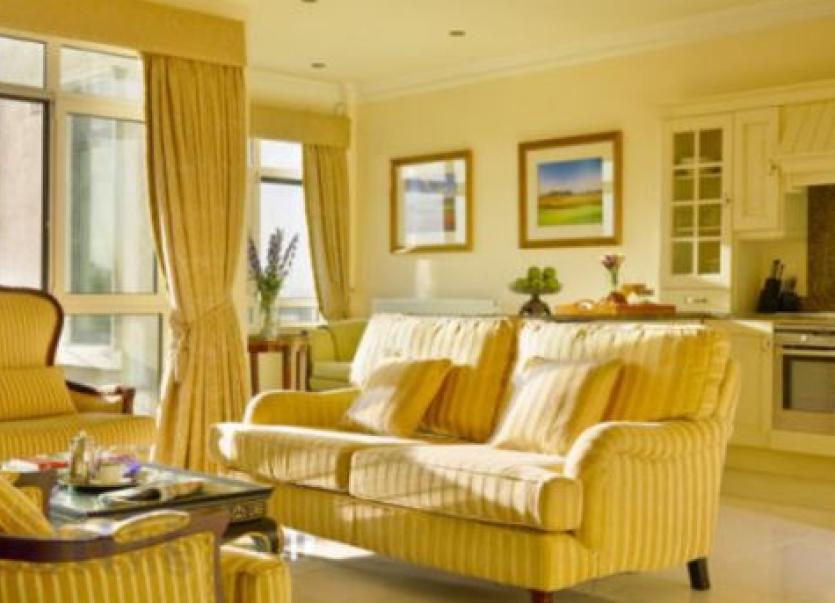 An apartment in the Heritage Golf and Spa Resort, Killenard.

Laois is not in the top three counties for the highest rate of rent increases according to the latest quarterly Rental Report by Daft.ie.

Across the county, rents were on average 13.7% higher in the second quarter of 2017 than a year previously.

This is the third highest rate of increase in the country after Louth at 17.5% and Meath at 14.1%. The national average rise is nearly 12%.

The average advertised rent is now €784 per month in Laois, up 56% from its lowest point, according to the report. Based on this average, Laois is the ninth most expensive county to rent in, outside of all of the cities in the country.

On August 22, there were 30 properties up for rent on Daft.ie in Laois.

On August 22, there were 30 properties up for rent on Daft.ie in Laois.

Of these 30, just seven were below the average rent of €784 per month.

Twenty-three properties had an advertised rent of above €784.

Out of the seven properties that were below the Daft.ie reported average, one of them was in Rosenallis, one was in Durrow, one was in Borris-in-Ossory, two were in Portarlington and two were in Mountrath.

The cheapest property for rent in Laois on August 22nd was a three bedroom farmhouse with two bathrooms in Meelick, Rosenallis for €570 per month.

Seventeen of the properties that were above the average price of €784 were in Portlaoise.

The rest of the properties above the average rent were located in Ballylynan, Portarlington, Rathdowney, Ballybrittas and Killenard.

The property with the most expensive advertised rent in Laois was a two bedroom on course apartment in the gated community at Heritage Golf and Spa Resort, Killenard.

The luxury apartment has a price tag of €1,500 per month.

A three bedroom detached bungalow in Glenside Portlaoise is advertised at €950 per month.

A bigger family needing four bedrooms looking to live in Portlaoise could pay €1,200 per month to live in a two storey house in Rathevan Heights in the town.

The average monthly rent nationwide during the second quarter of 2017 was €1,159, the fifth quarter in a row a new all-time high has been set.

In June, this year Laois County Council applied to Minister Eoghan Murphy to to have Laois declared a rent pressure zone. This would cap annual rises at 4% for three years.

The social housing list in Laois is growing and has climbed to almost 1,500 people waiting for homes in recent weeks.

In Portarlington, a developer has applied for planning permission to turn Hackett's bookmaker's into apartments to lease.