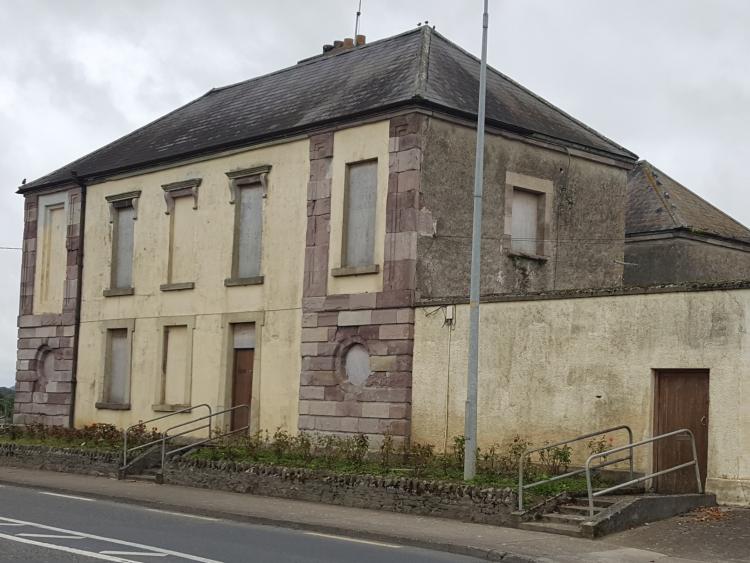 The old Courthouse in Borris-in-Ossory has been slated as having “ugly” railings and the overall look of the building “shocked” the National Tidy Towns judges in its latest report.

The Tidy Towns judges have this year urged the Borris-in-Ossory Tidy Towns group to “do whatever is in your power to move the conservation of this building forward.”

The report from the Tidy Towns judges asked for urgent action to be taken on the development of the building.

“We were somewhat shocked at the state of the Courthouse which is a Protected Structure.

“It does not seem that long ago since this building was in use and looked presentable. What has happened and who is responsible?

“We urge you to give this your urgent attention.

“The original railings at the courthouse are good cast iron railings in keeping with the building but the additional tubular railings are very ugly in this location,” the report stated.

The building has not had a court sitting since the 1950's and is an eyesore in need of painting according to Laois councillors.

Independent Cllr, James Kelly, has asked that Laois County Council provide funding for the painting of the exterior of the building.

“The Tidy Towns group in Borris-in-Ossory is doing great work since they resurrected. This is one eyesore in the village that does not look the best,” he said.

A budget of €1,200 is needed to carry out power washing and painting the plaster walls, not the stone walls, on the outside.

Laois County Council has said that it will consider this request in the Annual Service Delivery Plan for 2018.

Cllr Kelly has said that he does not think that answer is acceptable.

“This answer is just an easy way out. This is a no brainer. Borris-in-Ossory is a lovely place to live in for everyone there.

“It is County Council property and it looks terrible. It didn’t do them any favours in the Tidy Towns competition. When you come in from the motorway it is the first thing you see on the left hand side,” he said.

Cllr Kelly added that an application should be put forward for the Urban Town and Village Renewal Scheme next May to get the inside of the building done up.

He suggested that the building could be used as a community hub, possibly accommodation to take people off the social housing list or an information centre.

Speaking at the recent Borris-in-Ossory/Mountmellick Municipal District meeting, Independent Cllr Brendan Phelan said that he has waited a long time for Borris-in-Ossory courthouse to be upgraded.

“Commitment was given to councillors years ago when courthouses were upgraded.

“I was given commitment that Borris-in-Ossory Courthouse would be next to be upgraded.

“This is a focal point in the village. Apply for funding to upgrade and preserve it, it is falling to decay. If it was upgraded it could be given to the community. I don’t expect the community to put their hands in their pockets to upgrade it,” he said.

The Courthouse had residential accommodation for a caretaker, and the Quinlan family resided there for many years.