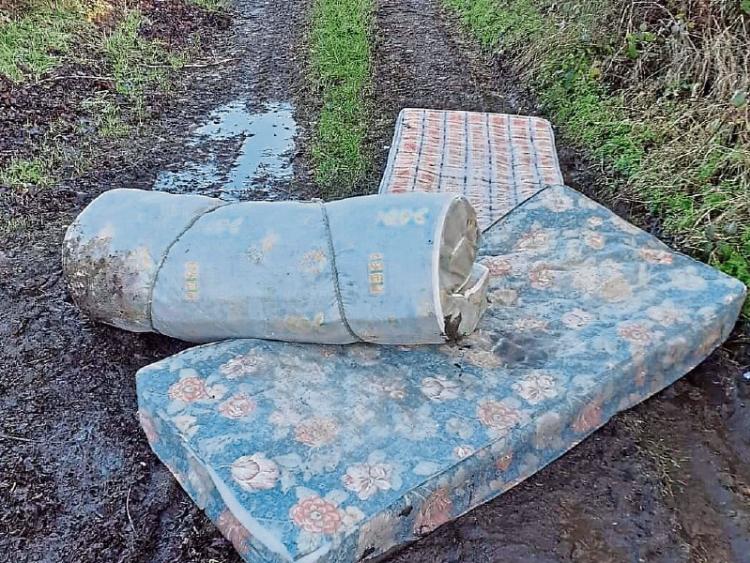 Dumping has surged during the Covid-19 restrictions

The hugely successful mattress amnesty held in Laois in the past two summers will not be repeated in 2020.

The “amnesty” run by Laois County Council’s environment section takes in unwanted items free of the normal dumping charge, in hopes of reducing the level of illegal dumping around the county.

However, no money was given by the Government for a repeat this year.

“This was very successful last year. We would never get that money two years in a row,” said director of services Simon Walton.

Instead Laois County Council got a grant to hold a Hazardous Waste collection, including partly full paint cans, which are charged in Kyletalesha at €2.50 per can.

“Household Hazardous Waste Collection Amnesty day will take place in August. Further details will be made available at a later date,” the council’s Environment section has reported to the June council meeting.

The section was given €55,750 this year for its Anti Dumping Initiatives, earmarked for the hazardous waste collection throughout the county.

However they have decided to redirect over half of it to install more CCTV cameras and clear waste in dumping hotspots.

“Laois has received approval to reallocate €31,250 of this towards the cleanup and provision of CCTV at litter/dumping hotspot areas,” they said.

They say they have identified areas for cleanups and CCTV, working with local communities and waste enforcement officers, subject to satisfying data protection rules.