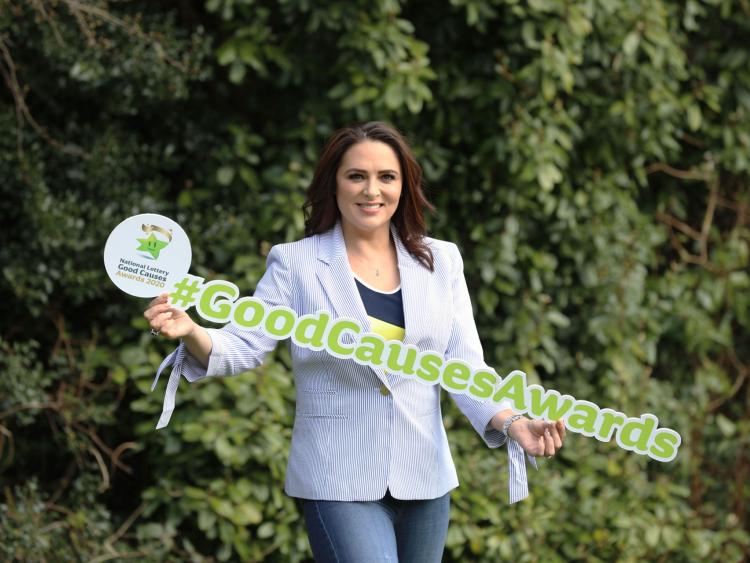 These awards honour the inspiring work and achievements of thousands of projects, clubs and individuals all over Ireland, who, with the help of National Lottery Good Causes funding, have had an extraordinary impact on their local communities.

The awards ceremony will take place on Saturday 20th February 2021 in the Mansion House in Dublin City Centre.

The finale will be presented by broadcaster and journalist, Grainne Seoige and the competition’s judging process will be chaired by Lotto presenter and RTÉ weather broadcaster, Nuala Carey. Both launched the National Lottery Good Causes Awards, which is now in its third year.

Speaking on launching the awards, Nuala Carey said it is fitting that the profound impact of various Good Causes in villages, towns and cities all over Ireland, is recognised.

She said: “The National Lottery is used to celebrating winners. However we have thousands of winners, unsung heroes, who work quietly under the radar to make positive change in their communities and these Awards reflect that dedication and commitment. I was lucky enough to witness this having being on the judging panel for the national finals of the Good Causes Awards for the past two years so this year I am thrilled to be chairing the panel of judges.”

“Through the National Lottery Good Causes Awards we want to show how ordinary, everyday people, organisations, projects and sports clubs are doing extraordinary things in their communities. This is work that often goes unrecognised and we are encouraging Good Cause beneficiaries to enter these awards to give them the opportunity to have their hard work honoured”, she added.

Grainne Seoige, who will host the awards for the second consecutive year, said: “Presenting last year’s awards was a truly humbling experience. The one thing that really shone through for every finalist was a strong sense of community, whether it was amongst their local towns, fellow colleagues in their community project and even users of the vital services each beneficiary provided. Community is something that is always strong throughout Ireland so I am delighted to be presenting these awards again.”

Jennifer Crowe, CSR and Good Causes Relationship Manager of the National Lottery said: “Without question, 2020 has been a really challenging year for the thousands of voluntary community organisations, sports clubs, NGOs and charities who rely so heavily on fundraising. The Good Causes Awards have always aimed to shine a light on beneficiaries of National Lottery funding and this year is no different.  In addition, National Lottery funding would not be possible if it were not for our players all over the country so I thank them for their continued support.”

Individuals, community projects and organisations who received Good Causes funding between the years 2014 to 2019 (inclusive) are eligible to apply. Applications for the Awards are now open and people can enter and check eligibility at www.lottery.ie/goodcausesawards.

The Awards will have seven categories which will culminate to an awards luncheon on Saturday 20th February 2021 in the Round Room in the Mansion House in strict adherence to Government health guidelines with regard to COVID-19.

The seven categories are:

Health and Well Being

Each of the seven category winners receiving €10,000 and the overall Good Cause of the Year winning an additional €25,000.