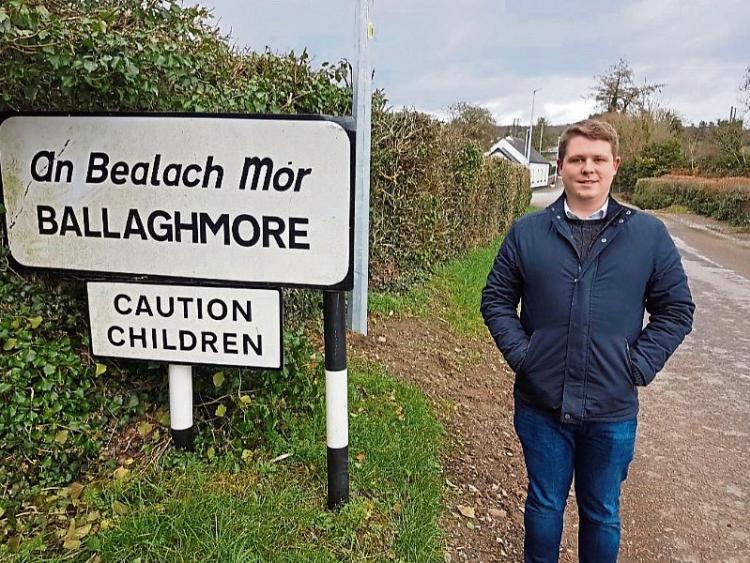 A black economy could be tackled in Laois and other counties by allowing lift sharing service such as Uber to operate, according to Laois county councillors.

No public representative disagreed with the claim made by Cllr Conor Bergin recently when he called for a liberalisation of regulations which do not allow private individuals to charge people for lifts.

Cllr Bergin proposed Laois as a test county as he said to help tackle social isolation, provide people with an income and support rural pubs.

In a motion to the most recent council meeting the Fine Gael councillor proposed that Laois County Council should support lift-sharing services in Laois and he called on the Minister for Transport Eamon Ryan to advance proposals.

The Fine Gael councillor said it may not be something that applies during the Covid-19 but he said the people would not be living with the virus forever.

He said many countries including north of the border have such services and he called for the current regime of taxi regulation by the National Transport Authority to be liberalised.

“They have services such as Uber which are operating properly and well. We have private transport services that are very highly regulated. It (lift sharing) gives the option to more people to provide private transport using their own car with appropriate measures and guidelines,” he said.

He said in rural areas a lot of taxis do not want to operate in the ‘nighttime economy’. He said such services would help rural pubs and services and also help tackle social isolation.

“It is operating very well in Kerry on a trial basis. It is something that we could regularise,” said the Mountmellick Borris in Ossory District councillor.

Cllr Bergin said the service could be provided via an app on phones that allows payment in advance while at the same time being ‘above board’.

“We all know something like this is going on in the black economy. It is not legal but if we regularise this it would help with social isolation and also those in the gig economy who can make a few bob with their own car,” he said.

He said urban areas such as Portlaoise are well served by taxis.

“It is very different in rural areas. The services simply aren’t there. We need to look at solutions that allow people to live in rural areas,” he said.

Cllr Bergin said such measures are in the programme for Government which his own party has signed up to.

He proposed that Laois could be a location to trial it.

“I’d like to see it rolled out here first. If we support it as a council we could contact the Transport Minister and suggest Laois for a trial,” he said.

He added that it may also help reduce drink driving.

Cllr Thomasina Connell backed the motion. She said she has used such services.

“I have used uber across Europe successfully and never had a bad experience,” said the Fine Gael councillor.

Cllr Connell, a solicitor, said it is a use of existing resources.

“If you have a car outside the driveway it can be used to take the man down the road to the pub for a price that is fair. It is an operation on the black economy. The price, insurance, tax is not being checked. We need to do something,” she said.

The Portlaoise District representative agreed with the idea of a pilot plan in Laois.

While he did not disagree with car sharing, Cllr James Kelly had a different take on the motion. But he first took the Green Party to task.

He said the Green Party had to make an apology when its leader proposed the communities with 600 people should have to share 30 cars.

“I was flabbergasted by that statement,” he said.

He said the party had also said the Green Party also said that a lack of investment in rural transport means an over dependence on cars.

“The Government's failure to invest in public transport is the problem,” he said.

He said Cllr Bergin had criticised the ending of some intercity bus services in Laois.

“Now, only for Town Link in rural areas we would be in big bother,” he said.

Cllr Bergin said the lift sharing services would be in addition to public transport.

Cllr Catherine Fitzgerald said she could see merit in it.

The motion was agreed.