‘Houses in Laois for the people of Laois’ county hall told 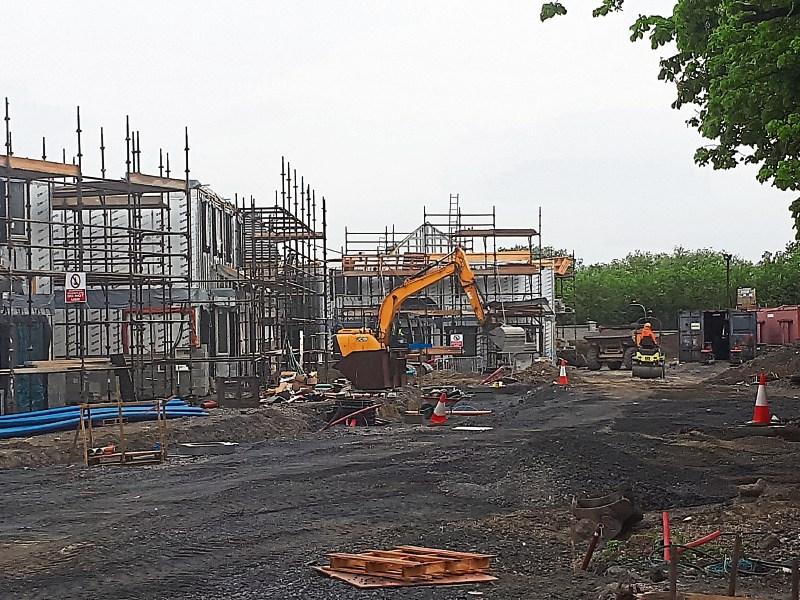 Allowing Carlow County Council and other local authorities to build social housing in Laois means Laois people who need homes are losing out.

Cllr Ben Brennan complained about the situation in Graiguecullen on the Laois Carlow border.

He said, “We are allowing other counties to come in and build in our area. We are bringing the people of Carlow out to Laois. Why can't we build our own houses for our own people?”

The independent highlighted a new social housing project on the Ballickmoyler road in the town with Carlow council getting 50 of the houses and 20 being made available to people on the Laois local authority housing list.

“I looked for more and was told we are not getting them,” he said at the Portarlington Graiguecullen Municipal District meeting in December.

Cllr Brennan did not agree with the rationale given that there were not enough Laois people in the area waiting for the houses.

He insisted that there were plenty of people in other parts of Laois that would be happy to move to Graiguecullen.

Cllr Brennan said there are up to 2,000 people on the Laois housing waiting list.

He also claimed there was sufficient land to Carlow for construction.

He was supported by Cllr Aisling Moran.

“We need to be housing or own people first,” she said.

She added, however, that some people on the waiting list may not want to live in Graiguecullen.

However, Cllr Brennan said he was aware of people waiting in the Portlaoise area who would happily take a home in Graigue.

“They’d take the hand off you,” he said.

He was also backed by Cllr Padraig Fleming.

“I fully agree. It is going on for years,” he said.

The Fianna Fáil councillor said Laois also lost out at the Fruithill Manor estate in Graigue.

He said representations were made to the housing minister at the time without success.

He said the council wrote to 96 people in the Graigue catchment area rather than other parts of Laois.

Cllr Paschal McEvoy said the situation with the latest development proved that there was a demand in the area from Laois people.

“Those 20 people would have been on the list when Fruithill Manor was decided. It is not making sense,” he said.

“The 44 from Carlow are paying twice the rent Laois people are because their rent caps are higher - €180 a week,” he said.

Cllr Moran said a meeting with their Carlow counterparts is needed.