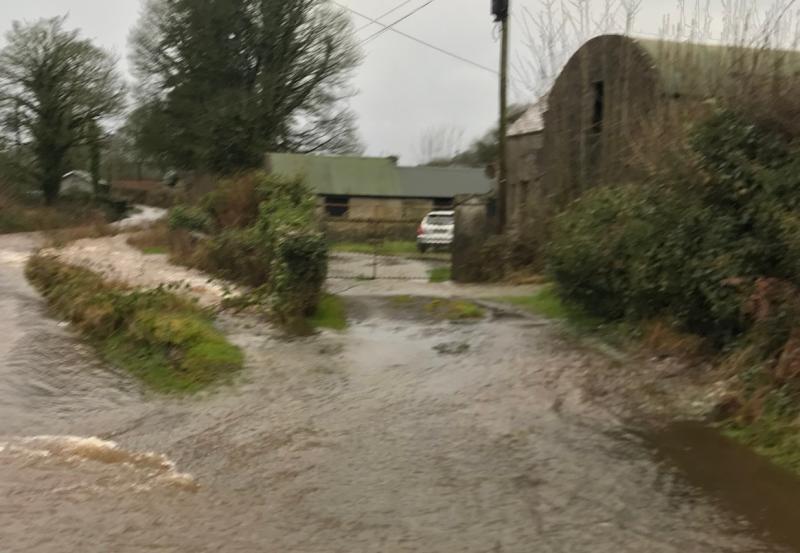 A major road safety flooding issue has emerged in Ballyfin which also threatens to restrict access to a water supply reservoir, Laois County Council has been warned.

He tabled a motion calling on the Council to address the very dangerous flooding issues on the road adjacent to the waterworks and reservoir at the Knocks, Ballyfin.

“This is a major road safety issue. When there is heavy rain this road, which has families living along it, becomes totally submerged. It is impossible to use,” he said.

Cllr Kelly blamed the problem on the water running down the mountain into a drain which he claimed was ‘not fit’ to bring the water away from the road.

“The water goes onto the road and causes major flooding. Road users can’t make out the location of the road,” he said.

Cllr Kelly said residents are not the only people affected.

“It is used by Irish Water and council staff to access the reservoir to do maintenance,” said the Independent councillor.

Mr Edmond Kenny, District Engineer replied that the location would be examined.

Laois County Council will arrange to inspect the existing drainage infrastructure and bridge structures at this site to determine the cause of the flooding issues.

Cllr Kelly hoped that this meeting would take place as soon as possible to see if remedial works could be carried out.

Cllr Seamus McDonald also supported the call and said residents have asked him to have it addressed.

“It is a serious issue...hopefully it will be dealt with soon,” he said.