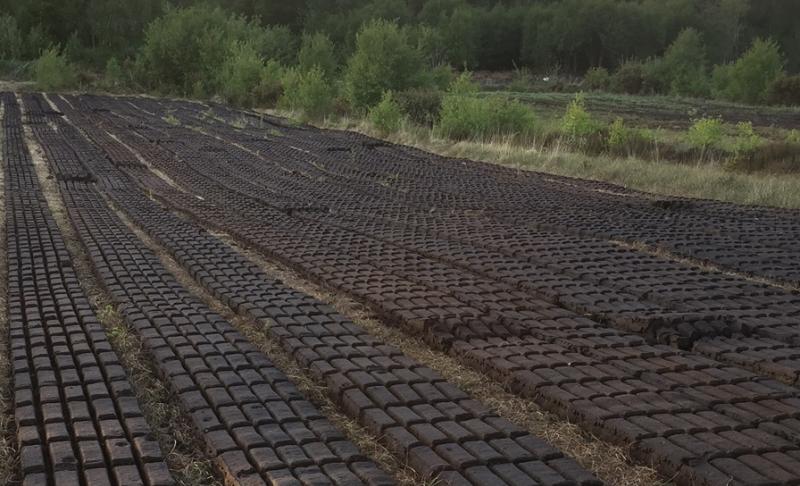 Bord na Móna has written to turf cutters telling them they will not be allowed to save peat on bogs where they were previously licenced to do so.

In the letter to turf cutters, Bord na Móna stated that it owns "approximately 7% of Irish peatlands" and acknowledged that these bogs have been used for milling peat for many years.

However, the letter added that in 2019, the High Court ruled that peat extraction operations, on bogs over 30 hectares, requires planning permission, adding: "We can confirm that the situation regarding turf cutting will remain the same as it has been since 2019 when we last allowed contractors and licenced operators to cut turf on our land."

It continued: "We are writing to you now, as we are aware that, prior to the 2019 ruling, you were previously granted a licence to extract peat on Bord na Móna lands. The purpose of this letter is to notify you that the company will not be able to grant you any further licence for the purposes of peat extraction on any Bord na Mona land."

Independent TD for Laois Offaly Carol Nolan has said that she will be engaging with the State-owned company's Chief Executive Tom Donnellan to seek a review of the decision.

“I think at this stage turf cutters and indeed their families and supporters right across the constituency are just weary of the apparent indifference and disregard being displayed by Bord na Móna at every turn.

"This latest decision is causing real hurt to many families who for a long time have been engaged in a traditional and cherished past time.

"They want to see the practice retained and their rights respected, and this is what I feel Bord na Móna should be doing with its time instead of sending curt, legalistic and blunt letters.

"It is the very least the company could do in terms of extending a meaningful gesture of goodwill to the turf cutters.

"Offering them an email address to contact if they had any problem with the denial of rights to access the bogs was not the way to go about building up understanding or positive engagement.

"For many it is yet another instance of the inability of Bord na Móna to fully appreciate the kind of emotional and cultural investment that many families have in the bogs; an investment that goes way beyond the financial or legal aspects of this entire debate,” concluded Deputy Nolan.

Bord na Móna announced in 2020 that it was ceasing the harvesting of peat and would phase out the production of products such as briquettes.