New ramps may not be slowing all motorists in Laois village 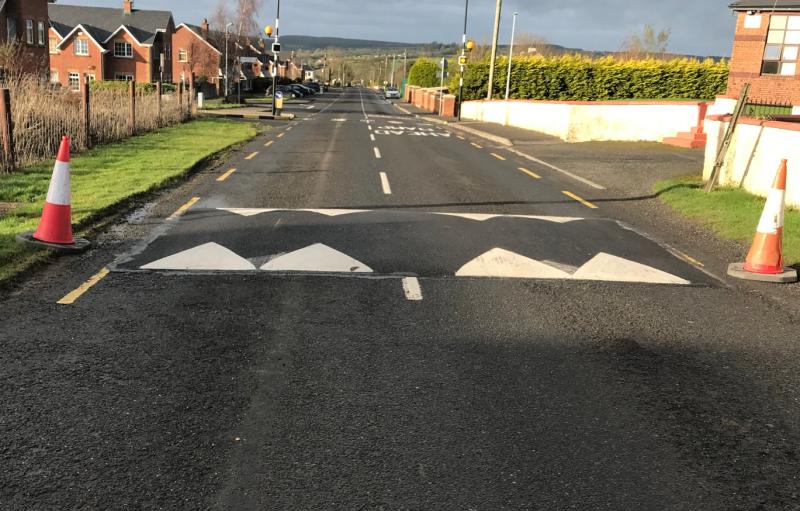 Ramps installed this year in The Swan

A Laois village that recently got speed ramps and has a pedestrian crossing could be about to get further measures to slow traffic.

Cllr Padraig Fleming was recently successful in a campaign to have ramps at the road through The Swan due to the speed of traffic. A pedestrian had already existed at the school.

The councillor now wants Laois County Council to install a Stop/Go light system at the pedestrian crossing at the Swan National School in the interest of health and safety.

He added that the ramps have had a major impact on the reduction of speed in the village and are appreciated by all. However, one was further away from the school which meant traffic speeds upon approach to the school.

“Following the installation of the new speed ramps, Laois County Council will arrange for a survey to be carried out to determine the traffic speeds on the approaches to the pedestrian crossing,” he said.

Mr McVeigh added that it would be carried out before the end of the year.

“I am looking forward to what the speed test tells us,” said Cllr Fleming.

He said he would discuss the need for extra measures following the completion of the test.

Cllr Ben Brennan supported his colleague when the issue was raised at the Portarlington Graiguecullen Municipal District meeting.