Farming CAP cuts will 'destroy agriculture and all associated with it' 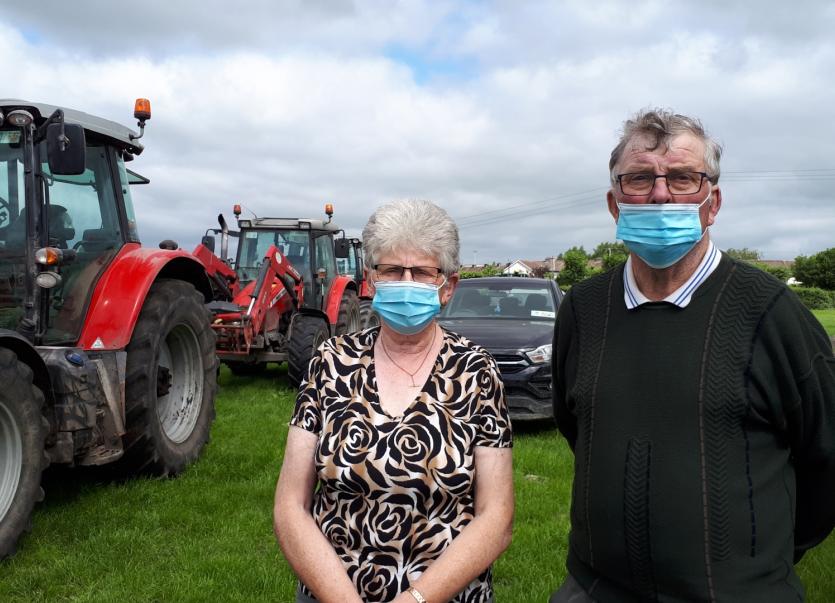 Frances and Jim Delaney at the Laois IFA tractor protest.

Their son Liam, who featured in a Mcdonald’s television advertisement promoting their use of Irish beef is taking on their farm into the next generation, but the couple say others farms may shut down due to lack of income.

“We are here on behalf of all our neighbours and friends and everybody involved in the agriculture scene. As well as farmers there’s other people involved. They depend on farmers to make their living as well," Jim told the Leinster Express.

“This is all about what’s coming up. What they are proposing in Europe to do is going to destroy the agriculture sector and all associated with it.

“We are not out here today to be causing trouble or fighting over prices, it’s trying to get the people to see what’s going on,” Jim said.

He believes farmers will be forced to just shut up shop.

“It’s definitely going to happen. If people are not able to make a living they can’t stay going."

Many have jobs off the farm to make enough money he said.

“And a lot of farmers are coming to retirement age and maybe don’t have their children taking over farming,” Jim said.

He said the CAP payment was essential to make enough money from farming.

“People in beef farming over the last 40 years if they didn’t get the CAP they wouldn’t live at all because the beef is at a loss all the time.”

Moving to a new profitable use of land is not easy for farmers, said Frances.

“If you’re in that situation it's hard to hop and chop, it’s expensive to change,” she said.

The European Union Common Agricultural Policy (CAP) gives a payment per hectare of farming land, to supplement incomes and support rural development. It is reformed every seven years and is under discussion now again.

The Climate Action Bill, currently going through the Dáil, commits the State to halving carbon emissions by 2030 and reaching net-zero emissions by 2050 in law and also proposes five-year carbon budgets set by Government.