Portlaoise was brought to a standstill this Friday morning May 11 as some 50 tractors gathered to drive into town in a protest over feared losses of income.

The convoy of tractors, machinery and trailers of animals set off from the Portlaoise farm of Cllr Willie Aird beside O'Moore Park at 11am, into the town past the Department of Agriculture and Laois County Council offices, up James Fintan Lalor Avenue and around by the town's supermarket shopping area of Kyle before looping back.

It was one of 33 taking place in Ireland today by Irish Farmers Association members, in protest at the proposed reform of the European Union's Common Agriculture Policy.

Spink farmer John Fitzpatrick is chairman of Laois IFA, pictured below with David Lalor from Laois Hunt and farmers before the protest set off. 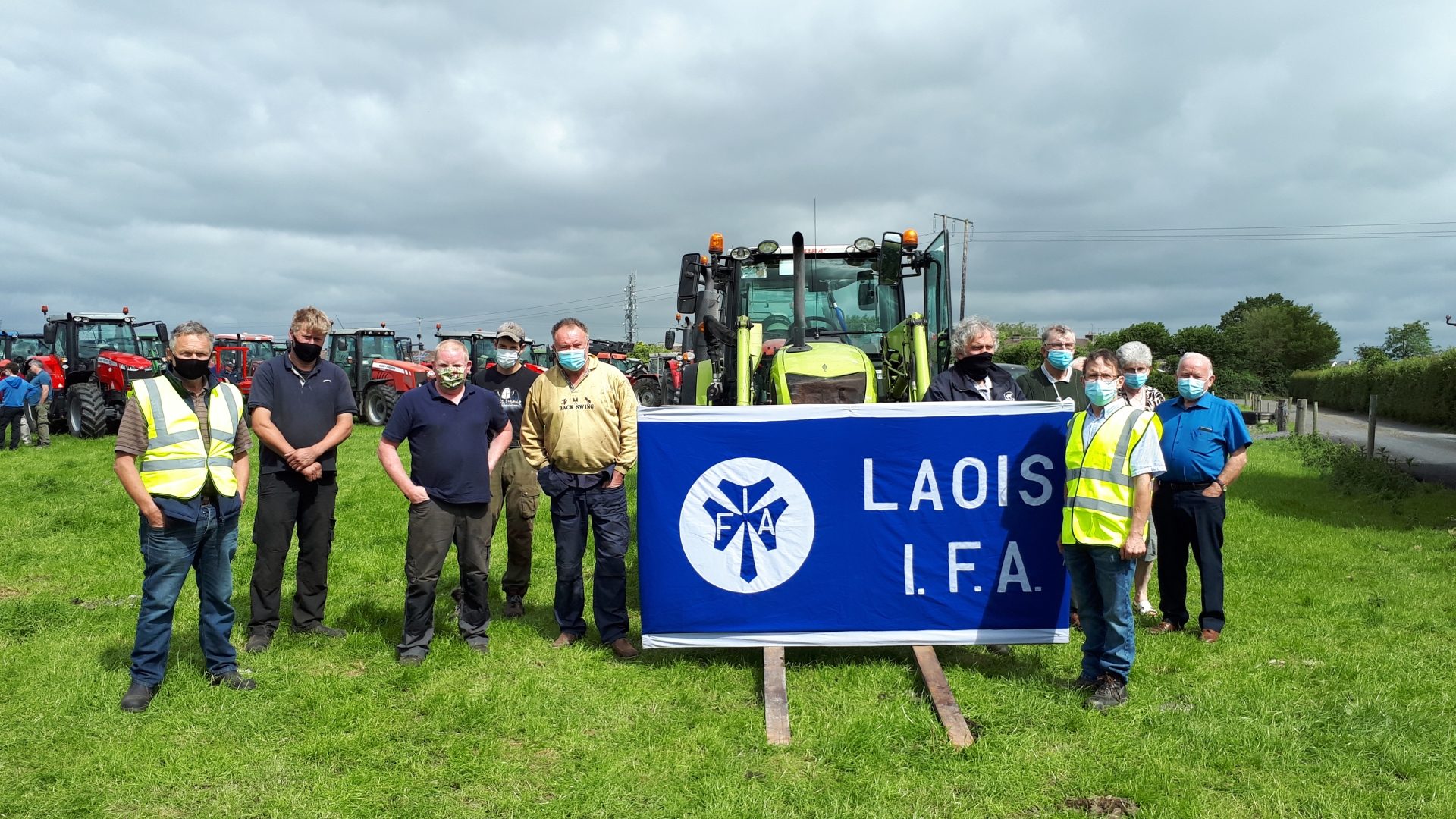 He told the Leinster Express why Laois farmers are protesting.

“It’s out of fear, with the new CAP coming and what’s proposed. The last time it changed there was a couple of million taken out of Laois alone. That’s money we spend locally.

“Business people are joining in the protest. They asked to, because if we won’t have it they won’t. They realise the seriousness, and what agriculture means to Ireland."

He said that more EU money is put directed into ecological measures, but not to farmers who are making environmentally positive changes at their own cost.

“We are asked to carry the can on climate change but we still get less. We have no problem doing our bit, but farming has to be recognised," Mr Fitzpatrick said.

Read more about the concerns of Laois farmers in next Tuesday's Leinster Express.