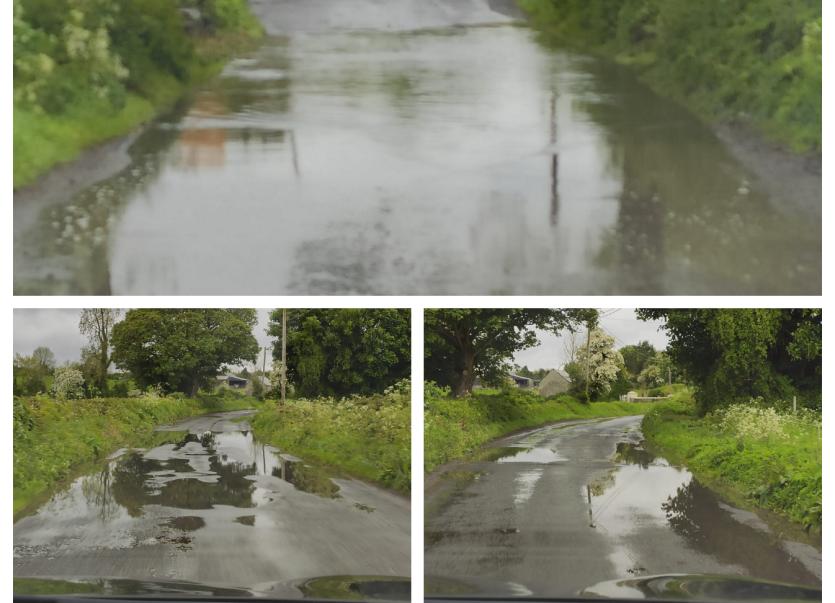 A  bad road flooding problem in Ballylinan will be ‘difficult to resolve’ admits a councilor who nevertheless wants action taken because of the danger to traffic.

But he knows it won’t be an easy fix and it had been a long-running issue.

“This is difficult to resolve,” he conceded to a council engineer and manager at the recent Portarlington Graiguecullen Municipal District meeting.

Cllr Fleming said work had been carried out previously but the situation has worsened on narrow roads.

“The road is filling with rainwater,” he said. MORE BELOW LINK

Audi back on the wagon after arrest made by Laois gardaí

He said the danger is that when cars try to avoid the flood they run the risk of travelling in the direction of oncoming traffic.

“Laois County Council will arrange to meet with the elected member at this location to review options to resolve this flooding,” he said.

Cllr Fleming said he looked forward to meeting with the engineer to finally solve the issue.