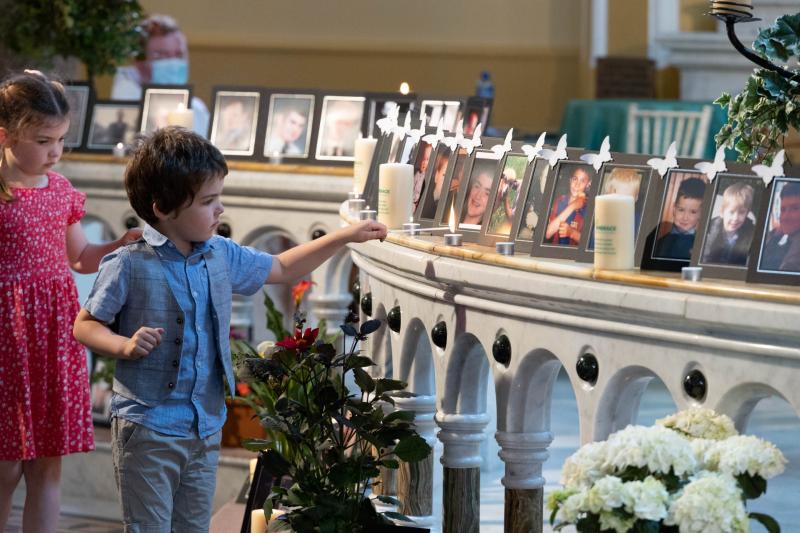 The annual Remembrance Service was live-streamed on the Embrace website from the Most Holy Rosary Church in the Laois town.

It was not possible to host a physical event due to social distancing guidelines again this year but the service with limited attendance in recognition of the importance of carrying on for the many people who take comfort would be remembered  at the national service. 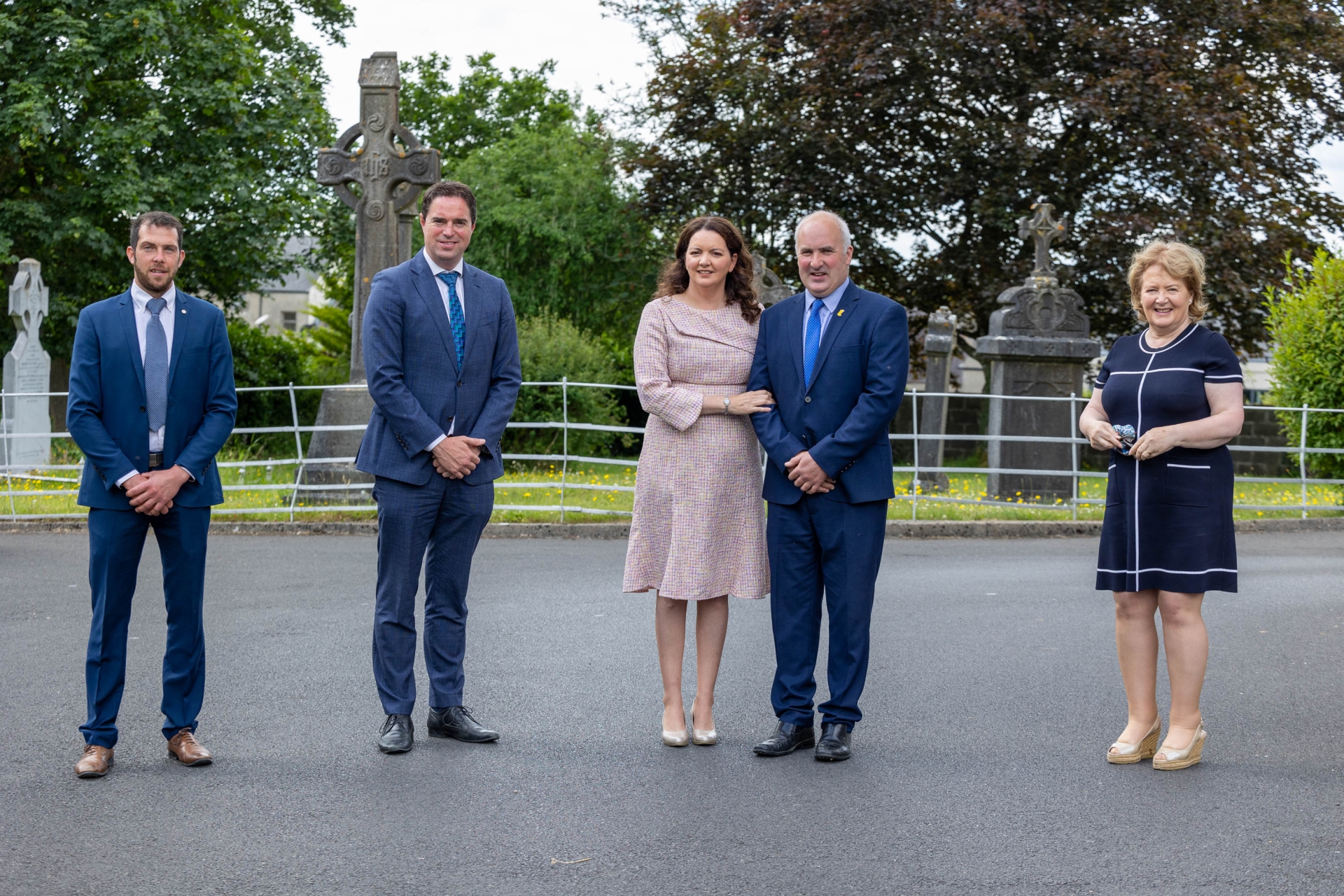 In the week before the memorial the Embrace FARM Laois founders Liam and Norma Rohan and their children were invited to travel from their Laois home to Áras an Úachtaráin by President Michael D Higgins and his wife Sabina.

Liam told the annual service that a tree was presented to by the President in honour of the work of Embrace FARM.

He added that it was also an honour to ring the Peace Bell at the President’s residence in the Phoenix Park in memory of all who have lost their lives or have been injured on farms around Ireland.

While numbers at the service were restricted, lost and injured loved ones and their families were not forgotten. The reading of list the names who have died in accidents and photographs were a central part of the ceremony. 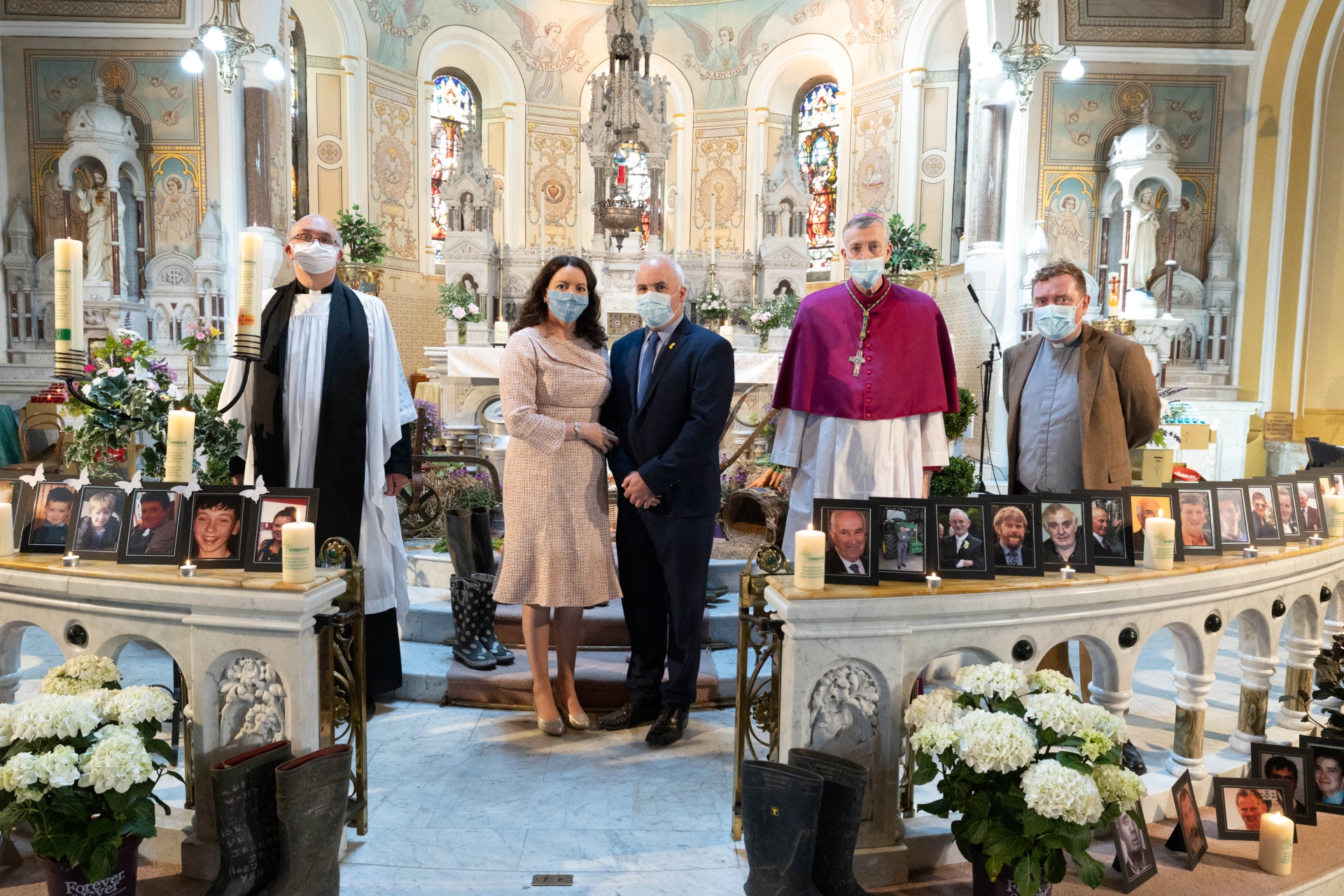 Families were also encouraged to participate virtually by using the #HereForYour on the Embrace social media platforms.

The service was attended by the Bishop of Kildare and Leighlin Denis Nulty, Canon Patrick Harvey and Fr Paddy Byrne who led the event.

Among those who also participated were the Minister of State at the Department of Agriculture Martin Heydon, President of the Macra John Keane from Errill, Liam McCarthy and Noreen Cahill.

Mairead Lavery of the Farmers Journal was the guest speaker. 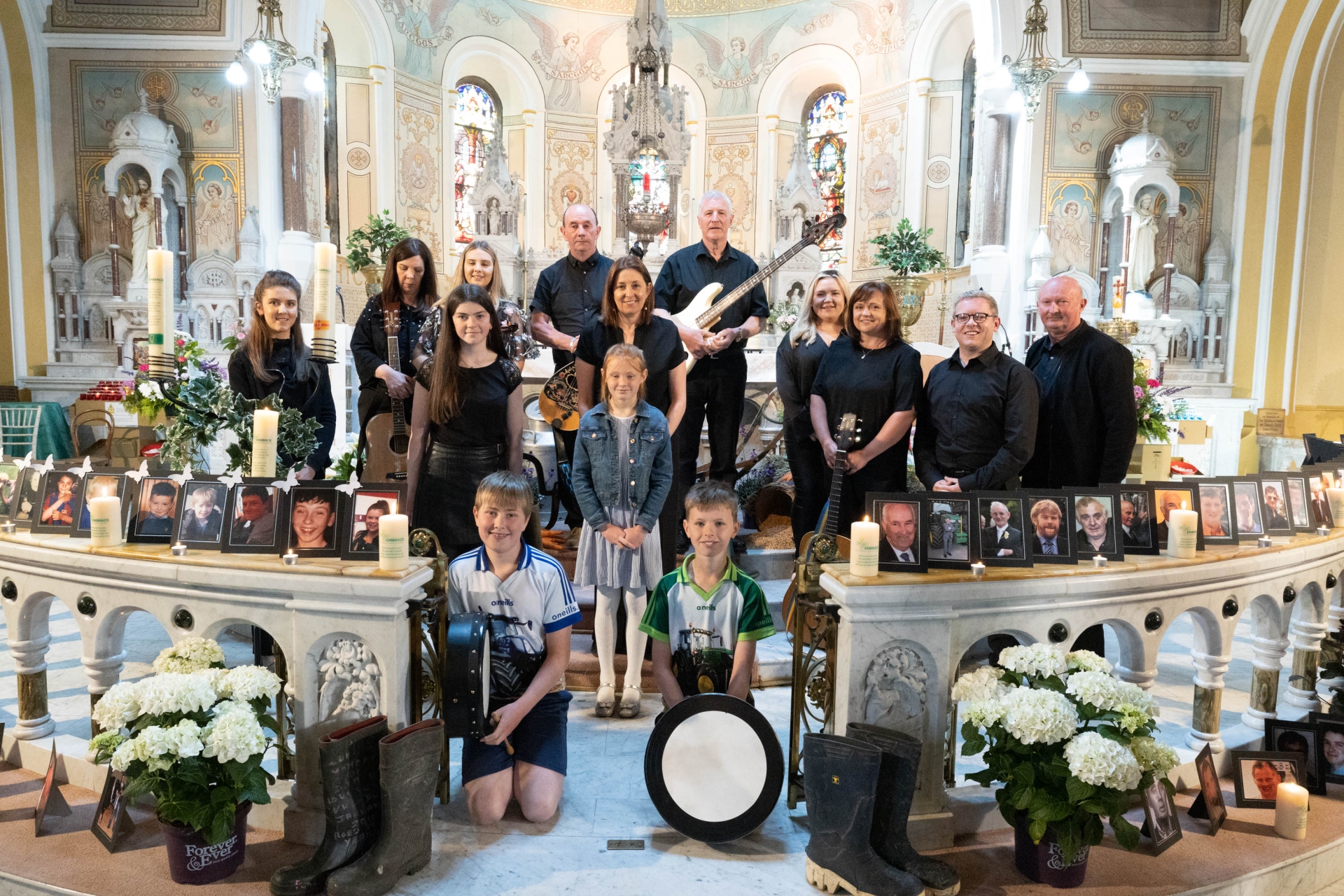 The Embrace Farm choir and musicians at the Service 2021 in Abbeyleix. Picture: Alf Harvey.

The following is the list of Laois people read out on the day who have lost their lives farming in the county.

Pictured below are the Rohan family. Pic Alf Harvey. 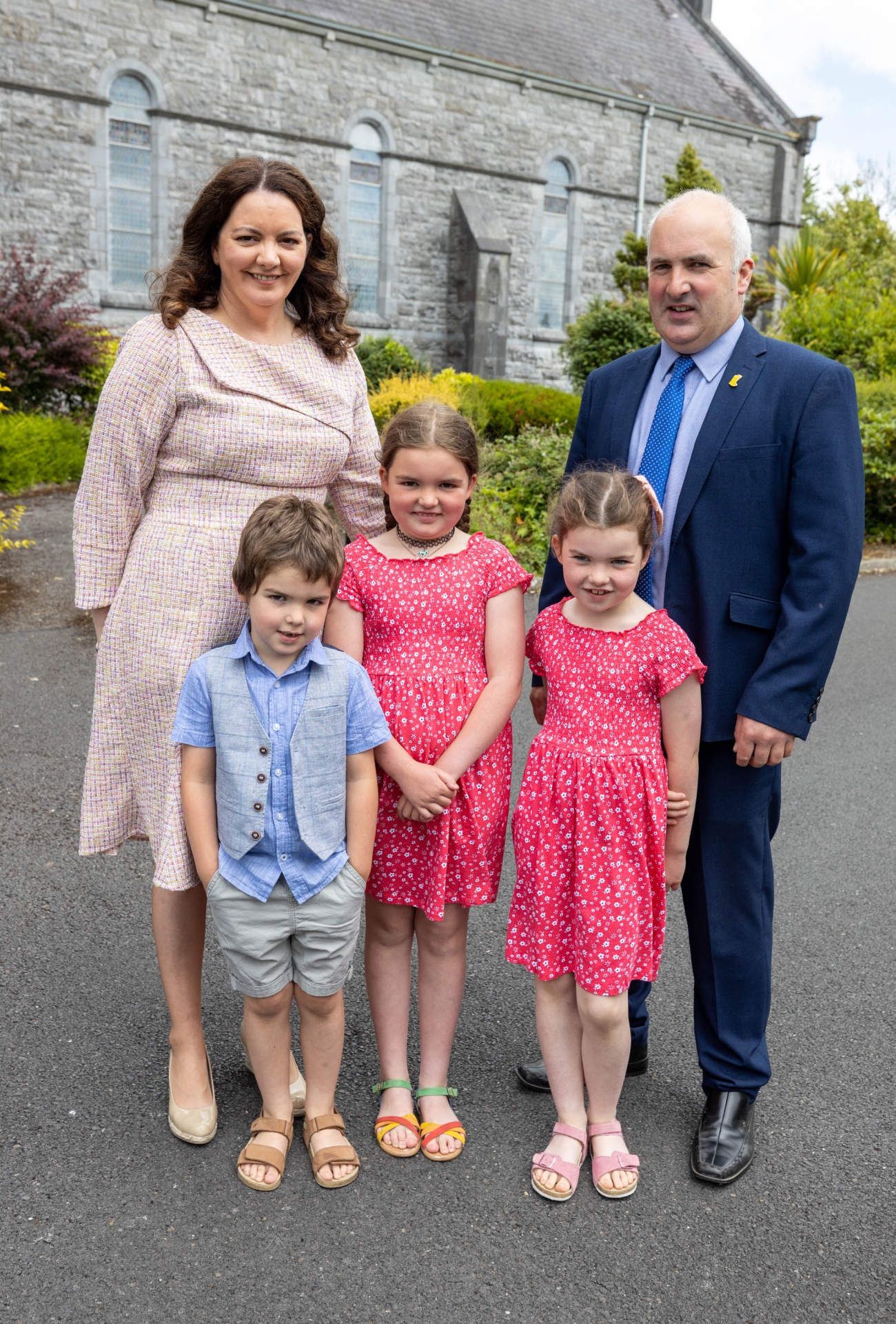