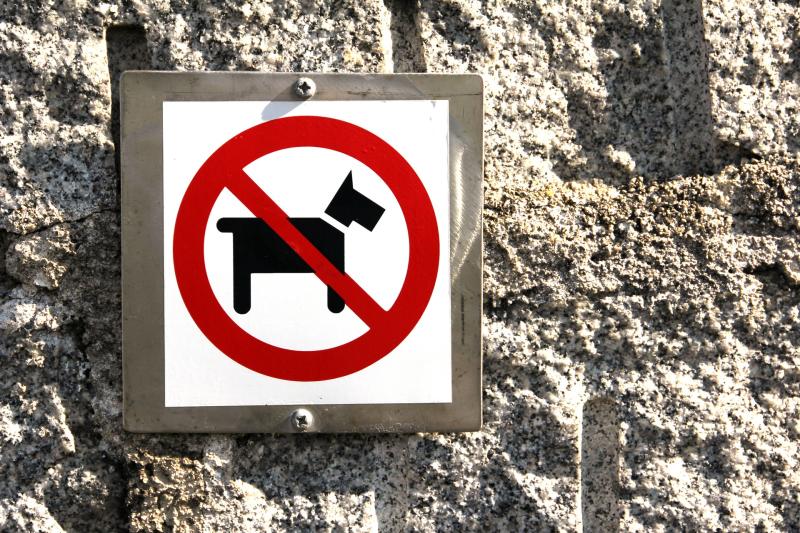 Money must be found for signs to warn the public that dogs are banned from Laois cemeteries to put an end to fouling on graves, according to councillors.

The demand was made at a recent meeting with Laois County Council officials following a motion from Cllr John King.

He called on the council to erect “strictly no dogs allowed” signs at Belady cemetery in Rathdowney, and other graveyards in the area as dog fouling can be regularly seen.

“This is extremely stressful to families when they come to visit the graves of their loved ones and find dog foul on the grave area,” he proposed.

He elaborated at the meeting.

“Dog fouling cannot be allowed in any graveyard at any time,” declared Cllr King.

He said he had received a call from a ‘very distressed’ family to see the state of graves as a result of dogs being taken into cemeteries.

“The people who have the dogs wouldn’t let them foul on their own graves,” added the Fine Gael councillor.

He said it shows no respect for the the dead and their loved ones.

While he said dogs have to go up, he added boxes containing bags are also needed.

He believe every cemetery should display rules for people who are visiting graves. He said Ballacolla cemetery is an example of what can be done.

The proposal was backed by Cllr James Kelly, Independent, when it was raised at a recent Borris-in-Ossory Mountmellick Municipal District meeting.

“Dogs were let loose in Mountrath cemetery and I was called by a number of people who were very distressed,” he said.

He said cemetery bylaws being passed by the council ban dogs, apart from guide dogs,  from graveyards.

In written reply, Mr Ken Morley, Senior Executive Engineer, said the council would consider this request with a view to erecting signage if budgetary constraints allow. It said  provision would need to be made for guide dogs /assistance dogs.

However, while Cllr Kelly praised Mr Morley and staff for work done, he said the money must be found.

“This is a serious issue and we are going to have to get funding for the signs Cllr King is looking for,” he said.

He said the signs must be big and have an impact.