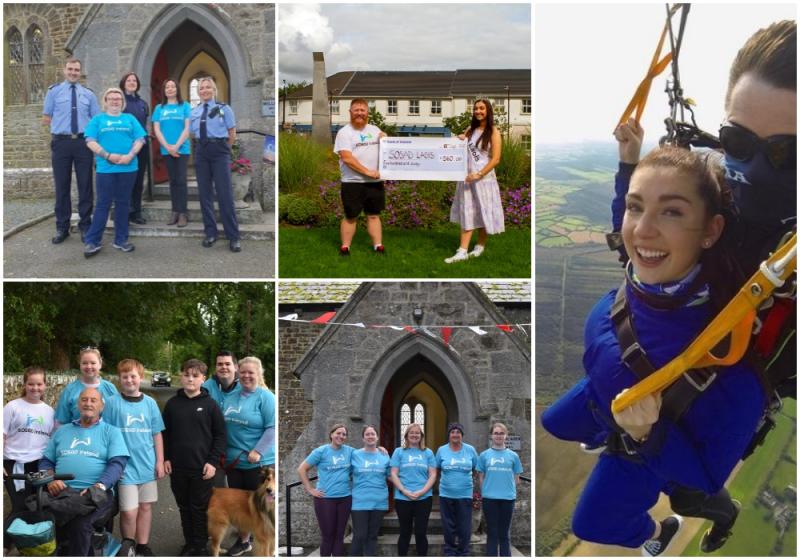 Laois is soon to get its first free counselling centre to support people in mental health distress.

A local volunteer committee have found a home for the SOSAD Laois centre, and they hope to have it open before Christmas.

The first temporary centre is planned to be in Portlaoise, in the priest’s house behind the old parochial house facing St Peter & Paul’s Church.

The opening of a Laois branch for SOSAD (Save Our Sons and Daughters) Ireland has been driven by a passionate group of local mental health advocates, with widespread community support and many fundraisers already held. The ethos of SOSAD is to offer early intervention in local communities to prevent suicides.

“Any money fundraised in Laois goes toward running our centre. That gives us the opportunity to extend our services, perhaps to become a drop-in centre or to organise projects in the community,” she said.

“The entire community was just incredible with their support,” Grace said.

SOSAD Laois also recently held their first Dawn to Dusk walk, which they hope will grow each year, while Miss Laois Alison Dyer from Portarlington handed them a cheque for €560 after doing a skydive for what is her chosen charity as she prepares for the Miss Ireland final. (photos below) 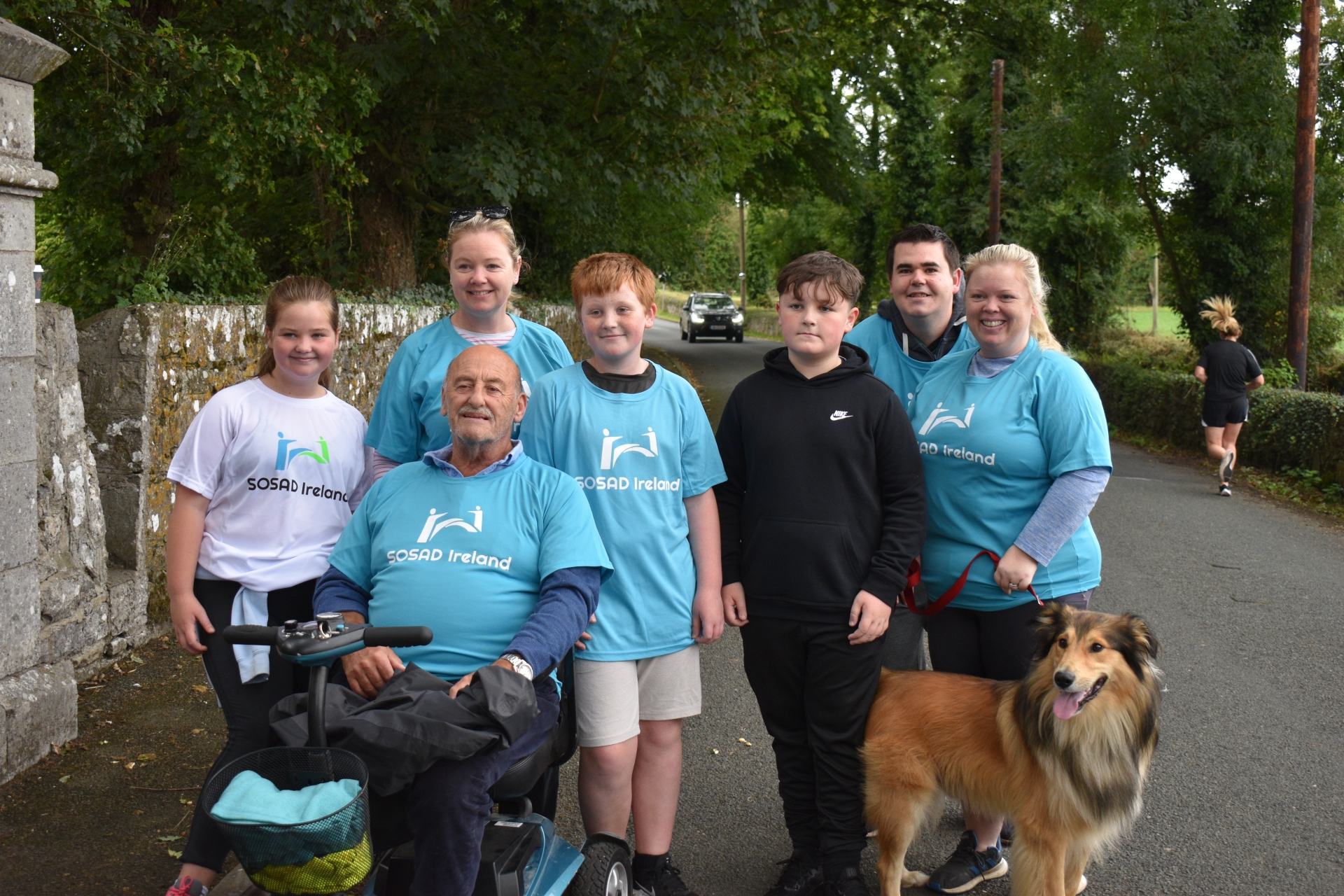 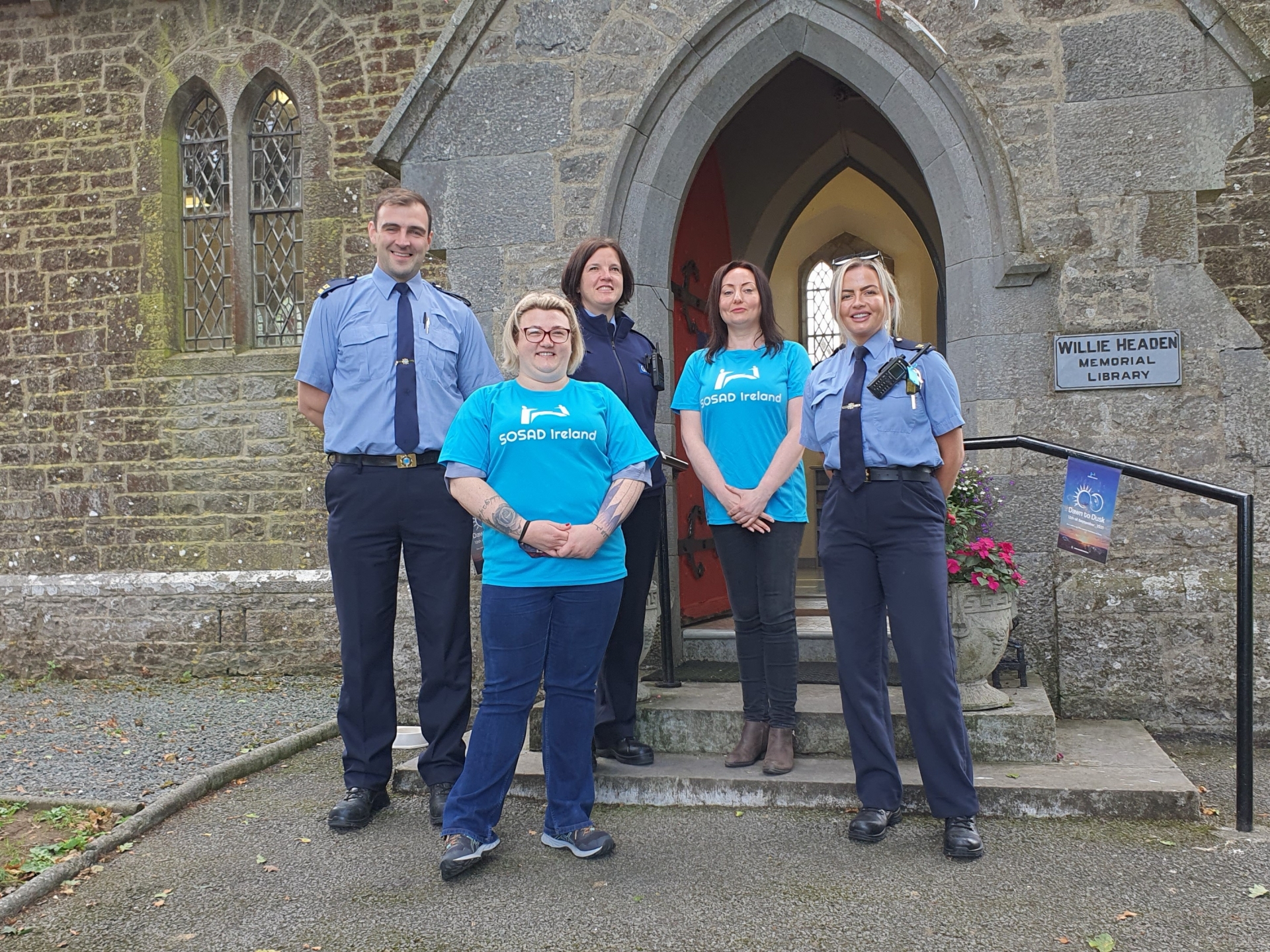 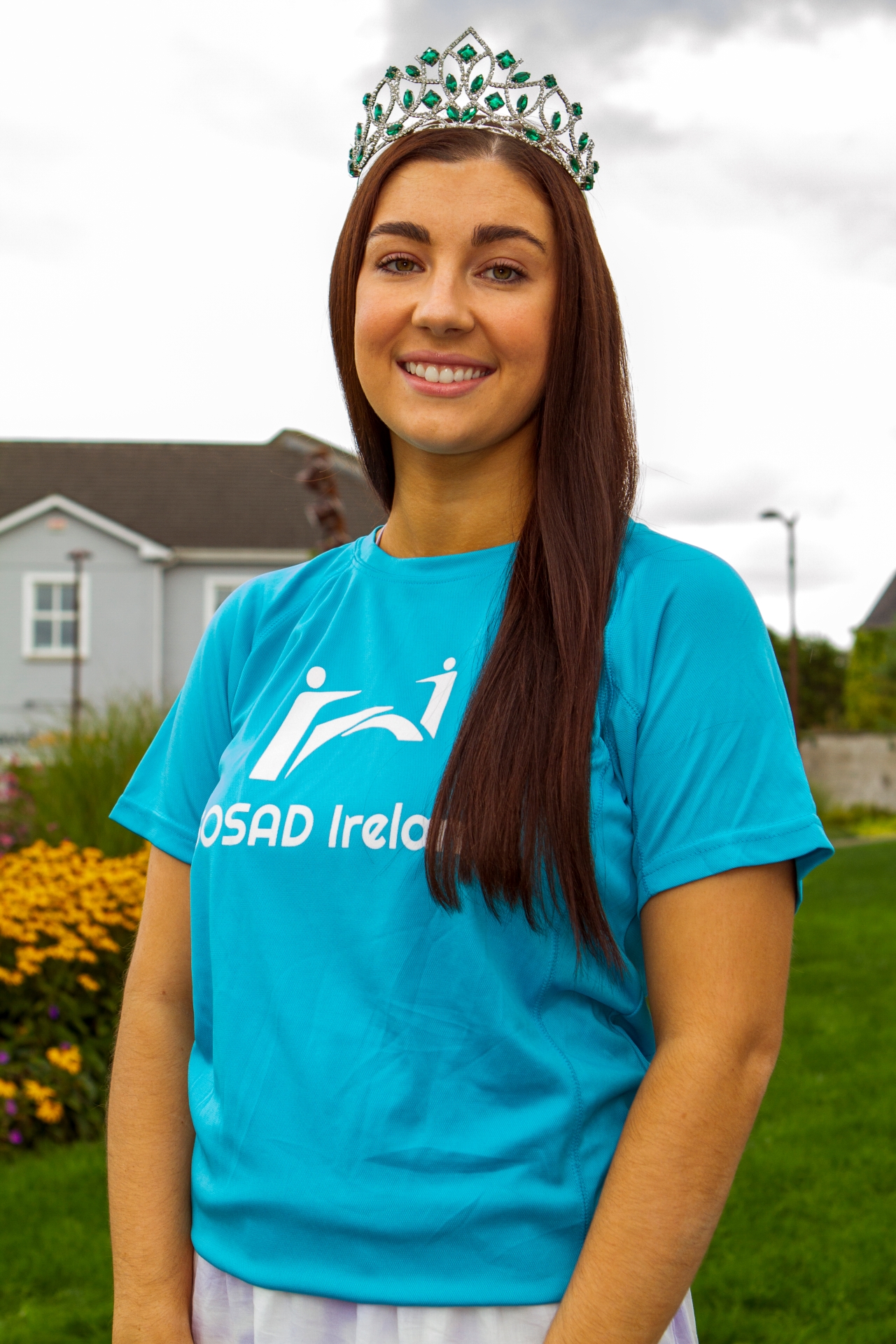 “She is fantastic at fundraising and at raising awareness. A skydive was an incredible undertaking,” Grace said.

Her own experience is in working in the homeless and social care sectors.

“I am absolutely thrilled to be in this new role, I am really eager to get it up and running, it’s definitely needed.

“Just to be able to offer that support, and help break that stigma of mental health. Mental health is very important to me, a lot of people in my life have been affected by suicide. Everybody needs help at some time in their lives and we want to say that it’s ok to reach out and get that help,” Grace said.

The SOSAD Laois co-ordinator believes that Covid has had a silver lining, that it’s negative affect on mental health has lessened the stigma of talking about it.

“I feel that is happening with Covid. We are seeing an increase of people needing services, there is definitely a correlation, most people were under extra stress, but it’s starting to break that stigma, people can say it now.  I really hope that that change is here to stay,” she said.

“Christy Bannon is out of this world for all the work he is doing for SOSAD. The effort, the fundraising, it is just wonderful, and the whole committee as well,” she said.

SOSAD Laois will be the seventh centre for SOSAD Ireland, a suicide prevention registered charity that formed in 2007 in the midlands.

Volunteers will offer online phone support 24 hours a day and in person free counselling by appointment.  Professional and trainee counsellors will give their time free of charge.

“Because we are volunteer led, we don’t have as many overheads as other charities might have.

“People can ring or leave a message and they will be given an appointment to meet a counsellor,” the co-ordinator explained.

A dedicated phoneline for SOSAD Laois is still in the pipeline, but the public can now email them to either volunteer or seek help at laoisoffice@sosadireland.ie

See SOSAD Laois on Facebook and on Instagram for updates. Ring 041 9848754 for SOSAD Ireland telephone support and see www.sosadireland.ie for more on the charity.

Below: supporters for the first Dawn to Dusk walk for SOSAD Laois, held in Timahoe; Chairperson Christy Bannon accepting a cheque from Miss Laois Alison Dyer who completed a skydive for the charity. 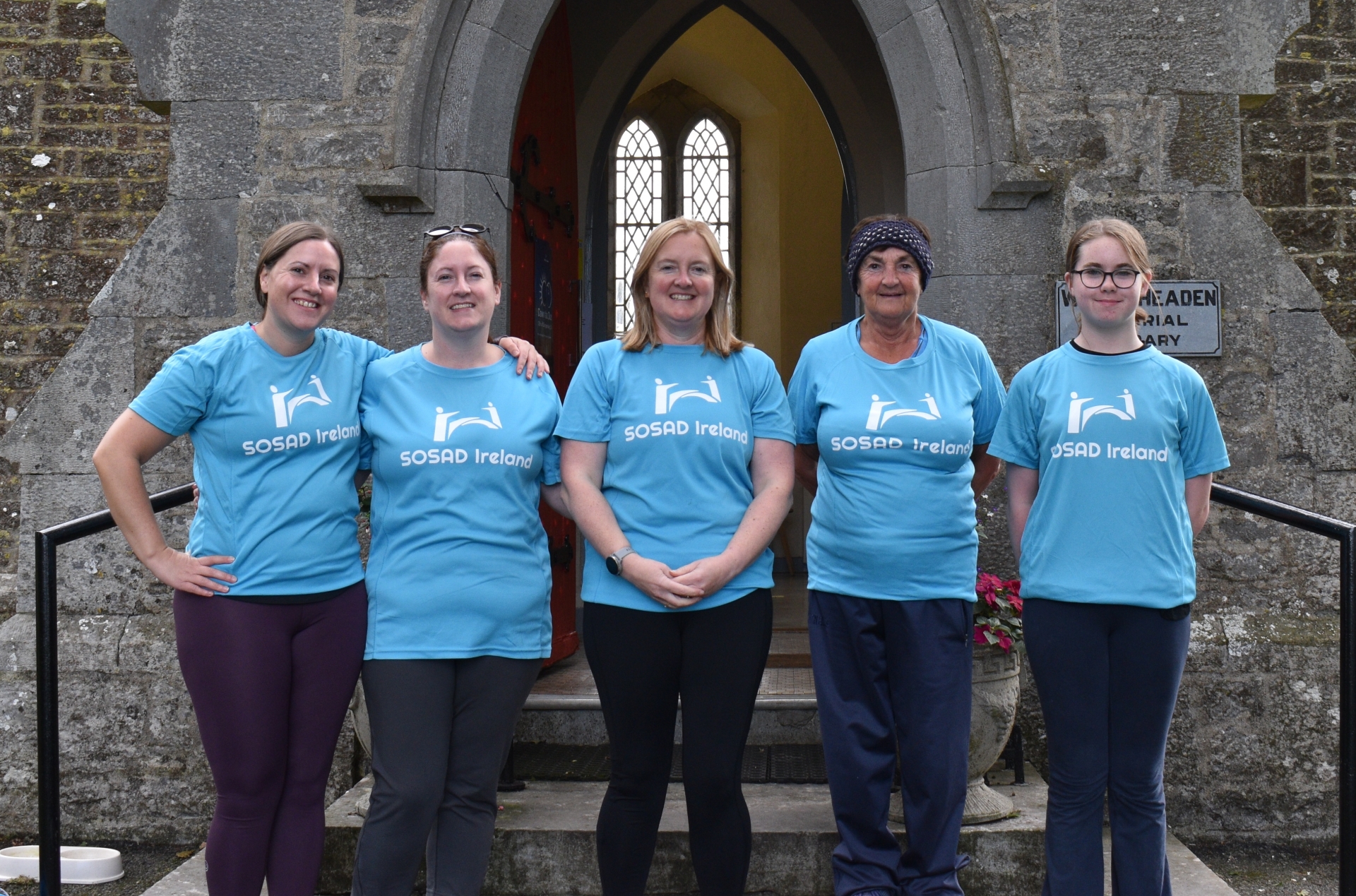 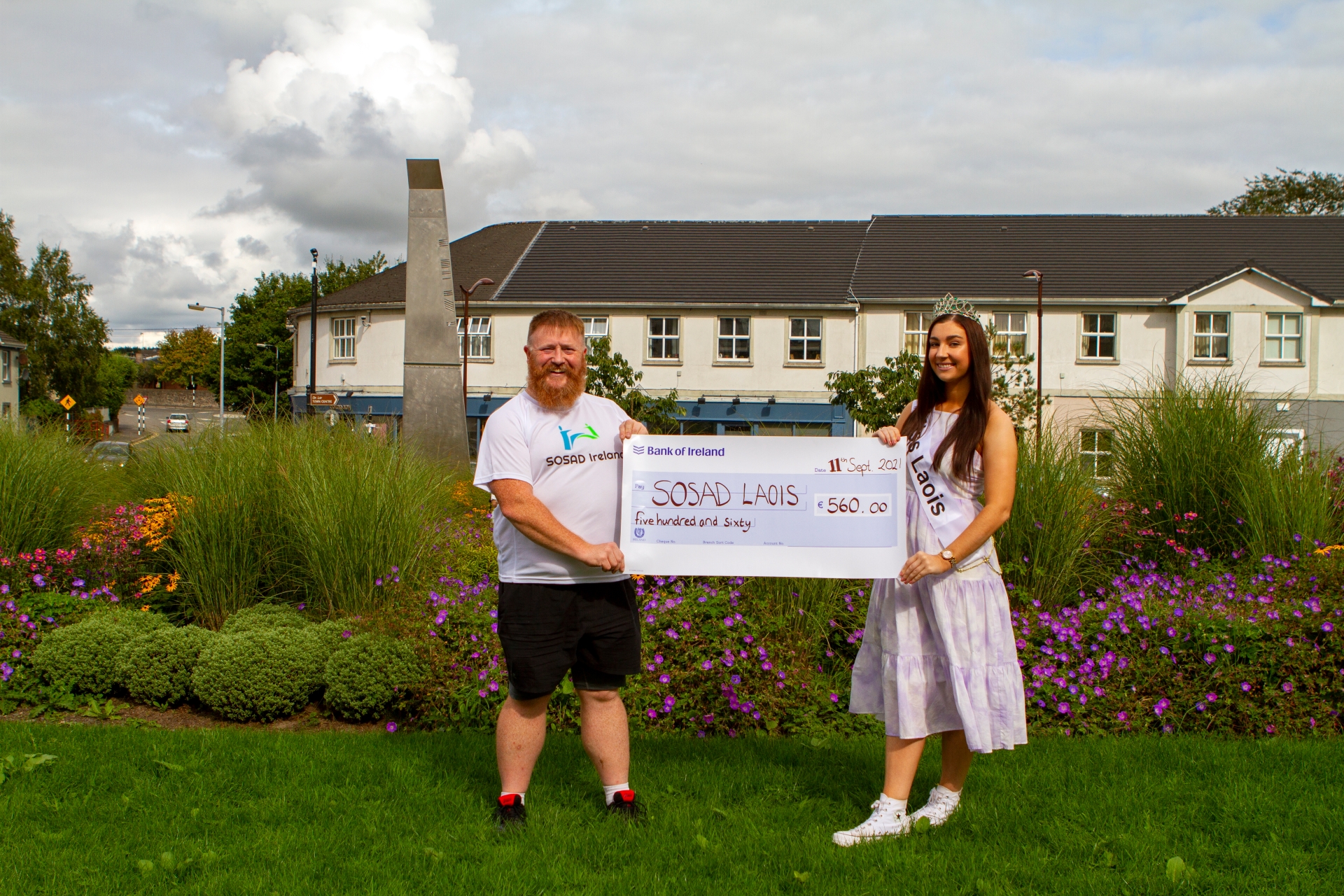 GET ENTERING! The search is on for Laois' Next Superstar