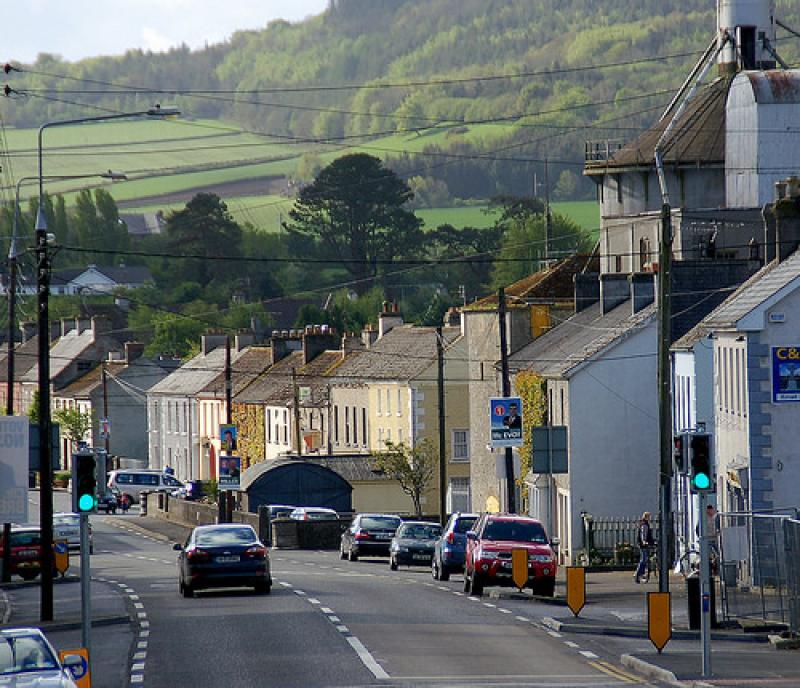 Stradbally in Laois is to get a large new council housing estate.

A new council housing estate has been approved for Laois in a vote by county councillors but not without a heated argument.

Laois County Council this week asked councillors to vote in favour of its plan to build 26 social houses in Stradbally. They did so just a few weeks after voting to include a park on the site against the advice of council officials.

Carraig Glas will be built on council land in Stradbally, as the first phase of a 62 house development on what was once an allotment site.

Cllr Paschal McEvoy, Fianna Fáil, who lives beside it proposed the approval which has been altered following public submissions to include an 8 foot wall next to existing houses, and the elimination of a walkway through another estate.

However, Fine Gael's Cllr Aisling Moran pushed for a month's delay on the decision so that the plan could be changed.

Cllr McEvoy had first said the houses were badly needed and he had requested some changes on behalf of residents, in a submission to the plans.

"This plan is ongoing for 12 months, I met all the residents, including 34 of them recently. They asked could I ensure this 3 metre wall will go up and the walkway be blocked. Those changes have been accepted. The people that live at the back of this development are old and terrified of anti-social behaviour. They are opposed to a park. I don't necessarily agree but they are genuinely terrified what what that would bring," he said.

Cllr Padraig Fleming seconded, saying that the council planners had listened and adjusted their plan, and that it is well thought out and well planned.

However, Cllr Moran asked to bring a counter motion, to delay the decision until next month and change the layout to include a park, which she said locals have told her they want.

She also notes that the site has a hedgehog trail, and the invasive plant Japanese knotweed.

"Move seven houses. I am not stopping the houses, we just want people to have a park. There is Japanese knotweed right along the back of the site. That takes two or three years to clear so fence it off and put in a park. We need to listen to what people are saying and not bulldoze in. I've asked several times for this plan to be tweaked. There are 11 two storey houses looking down on people in Oak Glen, put them where nobody will be looking down on them," she asked.

Cllr McEvoy told her that the mostly elderly residents in Court Square where he lives are "terrified of a park".

"I'm not anti park but when you're 80 it's an awful worry. I will fight tooth and nail to make sure there is not a park. I'll be bending down till I die to stop a park there," he said.

The Laois County Council CEO John Mulholland said that changing the plans would add some six months onto the project.

"We have been looking at this site for six years. We purchased it for €1.5 million. This would set us back immeasurably in our plans to build social houses. Not to proceed would be a massive setback.

"The reason some of our sites become habitats for fauna is because they are lying there so long. they were not bought for that purpose but for people on our housing list. this is probably our biggest site, it's taken a huge amount of time. This would put a big hole below the waterline of our delivery programme," Mr Mulholland said.

"I can't understand why you can't move houses and all would be happy. There is loads of space, can we not just redesign it?," Cllr Moran answered.

On the Japanese knotweed, planner Angela McEvoy said that it had not come up in the ecology study of the site, while engineer Paul McLoughlin said it can be excavated instead of the lengthy injection and spraying technique to kill the underground rhizomes.

Cllr Moran asked to adjourn for one month.

"It's beyond ridiculous to think this has taken years of plans and preparations and to say you can design it and have it back in one month, just for the sake of keeping face. Putting this forward to council is absolutely ridiculous," she said.

The CEO added that a month "is going to achieve nothing", saying extra costs would have to be first approved.

A counter proposal was not allowed, as the council said under law an amendment would have to be included in such a proposal, instead of a delay. Instead the decision was put to a vote, to accept or reject the Carraig Glas plan.

It was passed 13 to 5, with Cllrs Moran, Ben Brennan, James Kelly, PJ Kelly and Noel Touhy voting to reject the housing plan.

However later on in the meeting, an argument again rose when Cllr Moran claimed it had been her Fine Gael party who advised her to seek one month deferral.

"I put in a counter motion, it was seconded but we didn't get a chance to vote, is it because the council wants this to go ahead regardless?" she said.

"18 elected members voted, 13 said they wanted it, five didn't. Ashling has a personal problem with me and she needs to get over that," he claimed.

The Cathaoirleach Cllr Conor Bergin said that the vote was binding.

The vote to allow the houses will not have to be balanced against a vote in early September when councillors voted by a slim majority to amend the new county development plan that would allow a park to be built in the estate.

Councillors McEvoy and Moran clashed at the same meeting over the houses and park. Officials also opposed the change to the 2021-2027 plan.

The amendment can be removed but that could end up happening on the direction of a Government Minister.

Below: the design for Carraig Glas off Main Street in Stradbally. 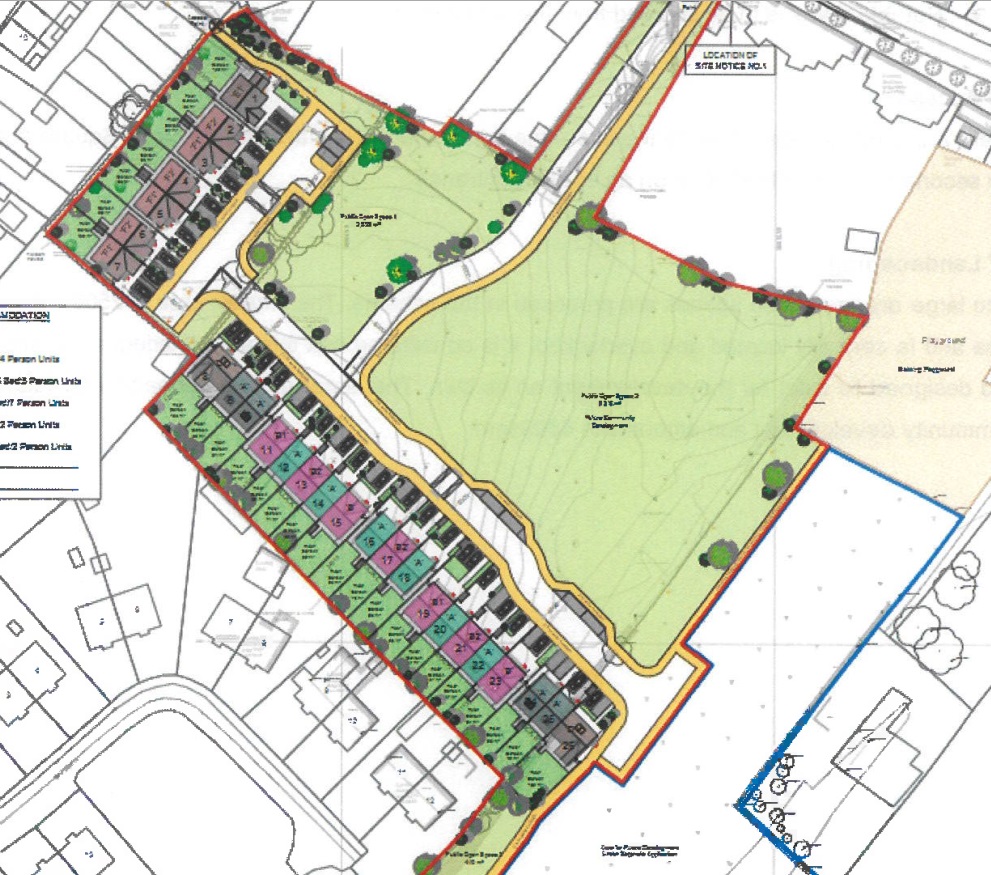