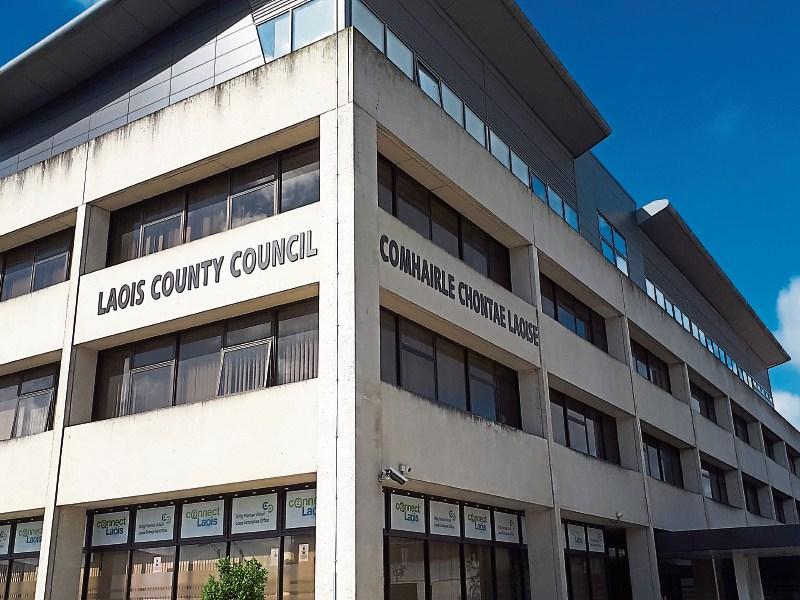 Tensions flared up between councillors over the building of new social housing in Stradbally and over a proposal for a new park on the site that could affect a housing development which the council says it has invested heavily in.

Councillors ultimately voted to back the park proposal but before being warned of its impact.

Cllr Aisling Moran proposed the new County Development plan back a proposal from Catherine Kelly that a park be built on a one acre site where houses are planned by the council.

Its development would consist of the construction of a residential development with 26 houses on 1.9 hectares to be accessed from the N80 Carlow Road.

In her submissions to the plans for Old Orchard Park Ms Kelly said 716 residents want this site to be changed from residential zoning to amenity zoning in the new County Development Plan.

While Cllr Moran said she was going with the people of Stradbally, Cllr Paschal McEvoy, claimed that the petition referenced by Cllr Moran related to stopping the houses being built.

“It is council land and we need to deliver on housing whether it is social or affordable,” he said.

Director of Services Joe Delaney said the council's proposal included the allocation of land for community use.

He said the use of part of the whole site as a park could be discussed at this meeting.

“The other thing to remember is that this land was purchased by the council for housing so significant investment has been put into that parcel of land already. The 26 houses is a significant part of our housing programme and will have an impact,” he said.

Cllr Moran and Cllr McEvoy clashed after this.

Cllr Moran said there is no public park in Stradbally but Cllr McEvoy disagreed.

“We have a lovely lake in Stradbally. We have a walk around our GAA pitch.

“We have Oakvale woods which has some of the best walks in the county,” he said.

When the vote was taken councillors voted eight to nine in favour of the park.

In the wake of the vote Cllr Paddy Bracken asked if the outcome meant that the development could not take place.

“The 26 houses is out for public consultation and there will be chief executive's report on that.

“Members have the right to vote to accept, amend or reject with reasons,” he said.

Mr Delaney also commented on the process by which proposed changes to the county development plan, such as that relating to Stradbally, are either adopted or rejected.

“Amendments to the draft plan have to go forward for public consultation again.

“They will come back for decsion following that. Around December you will vote on the new plan which will become effective at that stage,” he said.