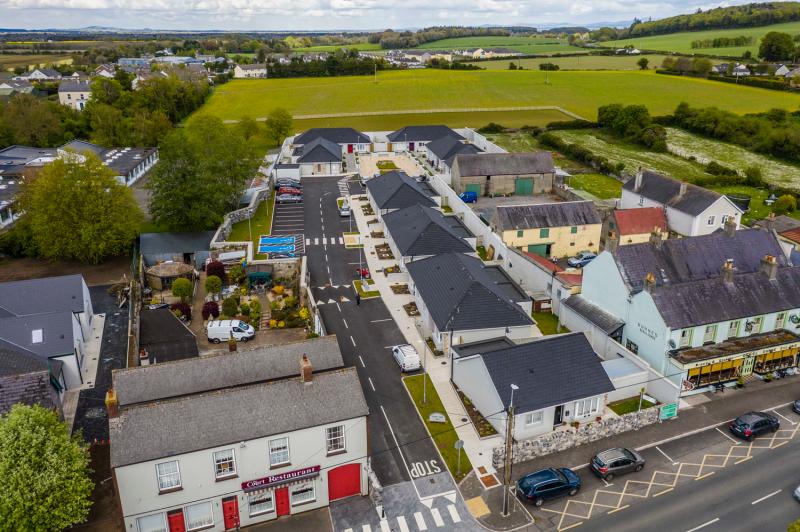 Court View Stradbally to be taken in charge

Part of a modern Portlaoise housing estate, and all of a newly built estate in Stradbally, are going under Laois County Council's care.

Court View in Stradbally is a development of 16 bungalows for people who are older or have a disability. It was completed only last year is also ready to be taken in charge. It was a nominee for a national community housing award, built the the North & East housing association.

The cost of maintaining it into the future is estimated at €1,500 for roads and services and €450 for the nine streetlights.

It was proposed by Cllr Padraig Fleming, both at the September council meeting.

"It's a credit to Angela McEvoy and to Tom Mulhall and the housing association. It should be put up for other older developments to see, it's only 12 months done and it's taken in charge. Tom put an awful lot of work into this estate, and the people living in it are so happy. You wouldn't find it anywhere else in Ireland," Cllr McEvoy said.

"I remember Tom bringing me over to show me it, it's an absolute credit to everybody, an absolute heaven to be living in. We're being pushed and shoved as regarding density but that's what we want, these houses are absolutely beautiful. It should be our target to get one in every community," he said.

Cllr John King asked what is the timeframe to take estates in charge.

Some other estates in Laois were built decades before they were taken in charge.

Senior planner and now Acting Director of Services for Housing is Angela McEvoy.

"it depands on the workmanship and the snag list," she said.